CureKids loves sharing stories. Looking through its website and social media accounts, you can find plenty of stories about children with cancer and their families: when the children were initially diagnosed; how they sought medical help; how and where they were treated; what their situations are now. Many feature photos and videos, making the stories more vivid.

Li Zhizhong, founder of CureKids and secretary of Shiyu Children Foundation, said that his years as a popular science writer taught him a great lesson: people love reading and listening to stories, especially stories they can relate to. “If you tell parents of children with cancer about a patient that recovered, their spirits are likely to be lifted, as they start to imagine their own child’s recovery.”

“We hope those stories could give support to parents of children with cancer,” Li said, “they and their children are fighting a hard battle and we want to make them feel stronger by sharing the stories and encouraging them. Most of the time we can’t physically be there to accompany them on their journey, but through these stories we can ensure they know they’re not alone.” 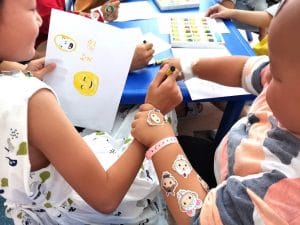 This kind of care also extends to medical workers in different forms. Last year, Li’s foundation started the programme of the Cancer Treatment Training for Medical Workers, aiming to serve doctors and nurses in central and western provinces who are interested in receiving training in treating pediatric cancers. Inequality is evident in the geographic distribution of medical resources which hugely impacts the professional skills of healthcare workers in less developed regions. It is not uncommon to meet doctors who can recall times when they’ve had to turn young cancer patients away simply because they don’t have the skills to offer treatment. This has caused many children with cancer from less developed regions to leave their homes and seek treatment in cities such as Beijing or Shanghai. The journeys they take are often long and costly which inevitably puts families under greater financial pressure. But if less developed regions can be provided with more resources, both medical workers and children with cancer will benefit significantly, and that is what prompted Li’s foundation to start the training programme.

In October 2020, two hospitals from Qinghai Province and Shandong Province were paired up so that the programme could run a pilot scheme. Shiyu Children Foundation supported one doctor and two nurses from Qinghai University Affiliated Hospital who volunteered to participate in a six-month study for pediatric cancer treatment and oncology nursing at Shandong Cancer Hospital. In April 2021, all three successfully completed the training and returned to Qinghai. A successful pairing like this depends on several factors, and Li stressed the importance of medical institutions and workers’ own willingness to upgrade their skills to improve cancer treatment for children.

Li emphasized the importance of training nurses alongside doctors. “Cancer treatment is a comprehensive process which involves multiple specialties. It needs oncologists, as well as nurses, social workers, nutritionists and psychologists,” he explained. This concept has been put into practice in many countries in the West, but in China, it has yet to be embraced widely. People still tend to consider doctors as the most important and only role in cancer treatment, but according to Li, this is not enough. Nurses for example, equally require support in upgrading their medical knowledge and skills. 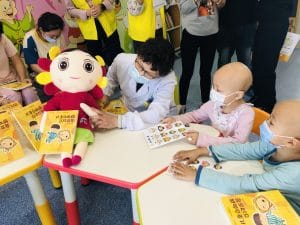 “Once medical workers return to their hospitals after training, we continue to support them virtually. One boy from Golog (a Tibetan autonomous prefecture at the southeastern corner of Qinghai Province) underwent cancer surgery at Beijing Tiantan Hospital and planned to have chemotherapy and radiation therapy in his hometown. But when he returned to Golog, his family realized that there was no hospital that could offer pediatric therapies. Our staff put them in touch with the doctor who took part in our programme and their hospital in Xining (capital of Qinghai Province). Meanwhile, we managed to connect oncologists in Beijing with doctors in Xining so that the local medics could better understand the boy’s condition and make an appropriate treatment plan.”

In the future, Li and his team hope to facilitate more of these partnerships. “We want to help children in less developed regions to receive the same level of cancer treatment as their peers in big cities, by offering local medical workers with expertise and medical guidance.”

And this is only part of the bigger picture; building medical teams that are able to diagnose and give treatment to children with cancer from local and surrounding areas in less developed regions is the final goal of the training programme. “After the programme, medical workers can help their home hospitals gradually establish a professional team for treating pediatric cancers. These teams will deliver huge benefits to local patients, reducing the need for families to look for treatment options in larger cities. At present the health insurance system may only cover a small percentage of the medical costs for treatment received in another city or province,” Li said. “In addition, establishing these teams will benefit doctors who went through the training by testing their knowledge in real-life scenarios, so that they can continue to improve.” 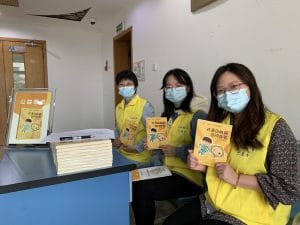 All the programmes launched by Li’s foundation would not be possible without modern technology, and Li firmly believes in the power of tech to make life better. In the near future, the organisation plans to devote more time to supporting cancer drug research and development, and hopefully one day, Shiyu Children Foundation will help establish a cancer gene database. “Globally, new drugs for curing childhood cancers are in great demand. The cause of this demand is the lack of research into childhood cancers, which is expensive. As I mentioned, the relatively large number of childhood cancer patients in China has given us an advantage in conducting research and pushing for further development in this field. As far as I know, there are few Chinese foundations supporting pediatric cancer research, so this is a gap that I hope Shiyu Children Foundation can help to fill.” Li considers the effect of new drugs as “fundamental, substantial and powerful” –– not only for children in China, but all around the world. “Once new drugs are discovered and developed, children are able to receive better treatment with fewer side effects.”

The vision of Shiyu Children Foundation, in essence, is to help ensure every child can enjoy a healthy and bright future. The organisation’s ultimate goal is to help bring about better standards of pediatric cancer diagnosis and treatment in China through the promotion of better information and care, while providing training and support to medical workers in less developed areas and assisting pediatric cancer research. 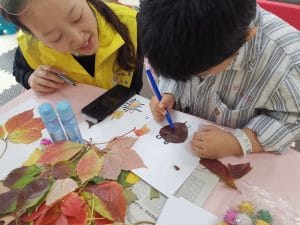 What help does Shiyu Children Foundation need in order to realise its vision and goals? “First of all, we need people. We need more like-minded individuals who appreciate our vision and would like to join us as full-time members of staff. Many people in China like to volunteer and work part-time in the charity sector, but it’s always difficult to recruit full-timers.” Li also expects to gain a better understanding of the country’s charities and partner with more organisations in the sector. “As a new organisation, at first, we felt we did not have much power to convince others to work with us.” But as trust grows, the organisation is able to look to the future with more confidence in its work and in what it can offer to society and the voluntary sector.

“Networking is important to us,” said Li, “we are doing something a bit different from conventional non-profit organisations and sometimes it makes it hard to make connections with others. But again, I believe each organisation is doing what it is capable of and collaborating with others will create opportunities for all of us in this sector, enabling us to implement each other’s work and make our services available to more people.”