At wedding market, mothers of gays and lesbians face resistance 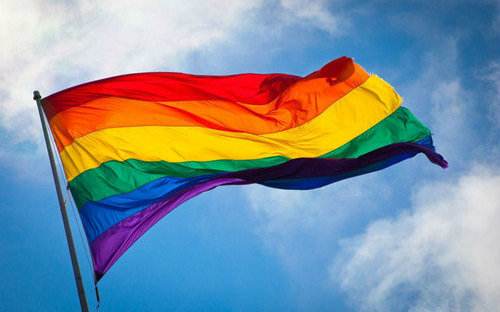 A group of women trying to raise awareness of LGBT rights by advertising their single, gay sons and daughters at Shanghai’s “marriage market” were forced to disperse after a heated confrontation with other parents and security personnel.

The so-called “marriage market” at Shanghai’s centrally located People’s Park draws a large crowd of parents who post signs each weekend describing their children in an effort to find a suitable partner, but organizers among the parents of LGBT children said this Saturday marked the first time that parents with gay children tried to join them.

“If parents of straight people can be here, parents of gay people can also be here,” Dong Wanwan, a mother who had traveled 1,200 kilometers from Shenzhen, told the angry crowd. “We have every right to be here — I’m here to find a boyfriend for my son,” she said

The other parents, however, were not welcoming and started to castigate the 11 mothers who had traveled from all over China, some of them hoping to find a match for their child.

“What they’re doing here is illegal — they’re fraudsters,” one man said shortly after the women set up their posts. “LGBT issues shouldn’t be a public display. Their choice is wrong and is against Chinese values.” Other parents called homosexuality “abnormal.”

The awareness-raising event was jointly organized by gay support group PFLAG and Rela, an app for lesbians, to coincide with May 20 — also known as 5.20 — often described as “Lover’s Day” in China. Despite some signs of increasing acceptance and tolerance toward LGBT people nationwide, the response in Shanghai showed resistance persists.

After about one hour, police intervened and ordered the parents to leave the park. An administrative officer surnamed Li told Sixth Tone that their activity constituted an “advertising” event as they were also handing out educational flyers with company logos. Under Chinese law, all public events have to be registered with the police.

“It’s quite common that police use the no-registration as an excuse to disperse these kind of activities or events” in China, said James Yang, program officer at the United Nations Development Program’s “Being LGBTI in Asia” project.

When LGBT groups have tried to seek permission for similar events in the past, however, they’ve been turned down, he said, citing one event that the security department cancelled last minute.

“So many LGBT groups don’t tend to register, or go public, fearing their request will be turned down,” Yang said.

While gay rights in China have made significant strides in recent years, it is still not an openly discussed topic: only 17 percent of the country’s LGBTI population is out to their families, and they often face prejudice at schools, workplaces, and hospitals.

Xia Danning, a 63-year-old woman from southwest China’s Chongqing city, said that the parents’ attitude in the park generally reflects the perception of LGBT people in China.

“There’s still a long battle ahead,” the mother of a lesbian woman told Sixth Tone. “Today’s event wasn’t successful, but I’m sure we’ll find another way.”