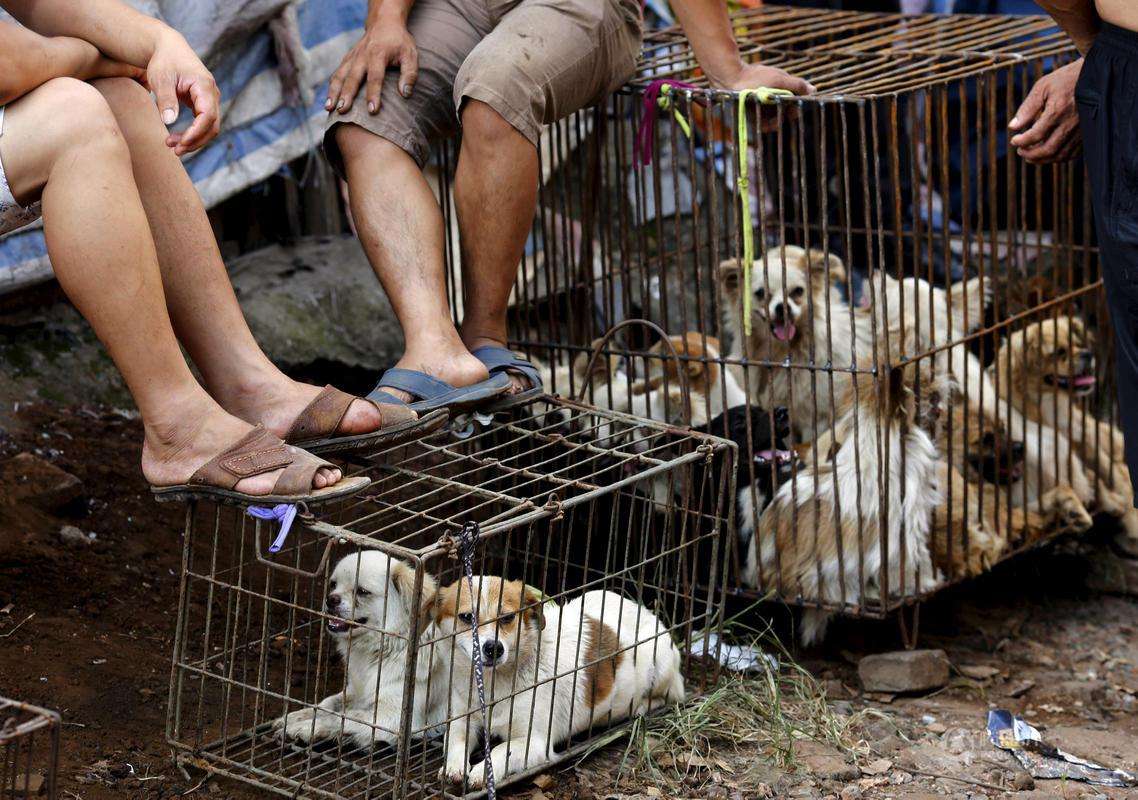 Dogs are reportedly kept and slaughtered in inhumane conditions before the festival.

The controversial Yulin Lychee and Dog Meat Festival takes place every June in the southern Chinese province of Guangxi, but animal rights organizations have claimed that this year’s activities may not go as planned. The week-long festival will begin this year on June 21, but Humane Society International and Duo Duo Animal Welfare Project have recently announced that city officials are finally taking steps to stop the inhumane treatment of dogs in conjunction with the festival.

Yulin residents have eaten dog meat and lychee on the summer solstice for generations, but it was not until 2010 that the annual festival was established, likely as a way to promote tourism and sales. Estimates reveal that more than 10,000 dogs are slaughtered and consumed during the week-long festival, many of which are claimed to be stolen pets. Concerns over animal cruelty have caused local activists, international animal rights groups and even celebrities to speak out against the festival.

In recent years the festival has drawn increasingly widespread criticism from Chinese activists and the international community. Due to this scrutiny, the event has been scaled back via a ban on government officials participating in the festival and the shutting down of multiple dog slaughterhouses and markets around Yulin. Despite these efforts, some say that pressure from activists has catapulted the sales of dog meat, with residents and meat vendors defending their right to eat whatever meat they choose. Eating dog meat and lychees during the festival is a long-standing local custom and locals argue that it is no different from eating cows or pigs. Nonetheless, city officials last year enacted a ban on the public slaughtering of dogs and vendors were told to cover up the character for “dog” on their signboards.

On May 17, Humane Society International (HSI) and Duo Duo Animal Welfare Project (DDAWP) reported that Yulin city officials have agreed to ban the sale of dog meat by restaurants, vendors and traders during the week before the festival, threatening fines up to 100,000 yuan and possibly prison time. The two US organizations jointly reported that newly-appointed municipal secretary Mo Gongming is pioneering the ban on dog meat consumption in an effort to improve Yulin’s image, which is often associated with animal cruelty. A number of international news outlets then took up these reports.

Executive director of Duo Duo Project Andrea Gung, had this to say:

“Even if this is a temporary ban, we hope this will have a domino effect, leading to the collapse of the dog meat trade. I have visited Yulin many times in the last two years. This ban is consistent with my experience that Yulin and the rest of the country are changing for the better. I am very impressed that the younger generation in Yulin and in China is as compassionate as their counterparts in the rest of world. Duo Duo Project also wants to congratulate Mr. Mo Gong Ming, Yulin’s new Party Secretary, for his progressive and visionary leadership. I hope this will turn out to be the beginning of the end of the dog eating habit in China.”

It appears however that the reports of a ban may be unreliable. Seemingly reported only by these animal rights organizations, locals remain unaware of any ban. One resident said in an interview that “whoever wants to eat [dog meat] will continue to eat [it]. Why is dog meat any different from other meat anyway?” Even though HSI told reporters that three local traders have confirmed the ban, there has yet to be any local reporting of it. In addition, Chinese media platforms remain in the dark about the ban and several local government officials were still unaware of it when interviewed. The supposed ban is being celebrated by animal rights activists as a landmark victory, but many remain skeptical that it will affect any real change.