The United Foundation for China’s Health has successfully passed the Ministry of Civil Affairs’ approval process, thus becoming a legally registered Chinese non-public fundraising foundation. The charitable foundation was initiated by the United Family Healthcare Group which manages Beijing United Family Hospital, one of the most exclusive hospitals in the Chinese capital. Its aim is to make the best use of the resources of United Family Healthcare and provide people and communities in need with high-quality healthcare.

Beijing United Family Hospital, located in a north-eastern suburb of the city, came into existence in 1997, marking the establishment of the first foreign-invested private hospital since the founding of People’s Republic of China. The hospital started with only 20 beds. Nowadays, the United Family Healthcare group owns a lifelong healthcare system covering prevention, diagnosis, treatment and recovery. So far, four general hospitals, one specialized hospital and 15 satellite clinics have been opened in Beijing, Shanghai, Tianjin and Qingdao. Another four general hospitals, currently under construction, will be expected to open in 2018.

United Family Healthcare have also been engaged in offering medical aid to people in difficulty. Back in 2001, Li Bijing, the founder and CEO of United Family Healthcare, visited a welfare house in Jiaozuo, Henan where the children were stuck in crowded, unhygienic rooms. Kids with born congenital defects often had no access to prompt treatment and were very likely to get sick or even die. Moved by the scene, Li told her fellow workers: “Despite the fact that most of our customers are from middle-class or wealthy families, we are obliged to work on the extension of advanced medical resources to other people and regions.”

Since 2001 United Family Health care has been making donations, for as much as 1% of their annual revenue, to aid provision for low-income people. Beneficiaries include orphans, migrant workers in tier-1 cities, medics in rural areas, and children with cerebral palsy. In the past 17 years, United Family Hospital has organized over 10 thousand outpatient services, about 5000-day hospitalizations, and surgeries for over 200 patients for free. In order to raise awareness of illness precautions and improve the management of chronic diseases, United Family Healthcare initiated the charity healthcare bus project in 2015. Over time, the mobile clinic has reached lots of poverty-stricken areas, allowing examinations, education, cancer screening, diagnosis, and treatment to become available to the people there. Last summer, the Healthcare Bus took 24 United Family Healthcare medics and domestic experts to Ningxia province for 14 days of breast cancer and cervical cancer screening, as well as prevention and treatment training. 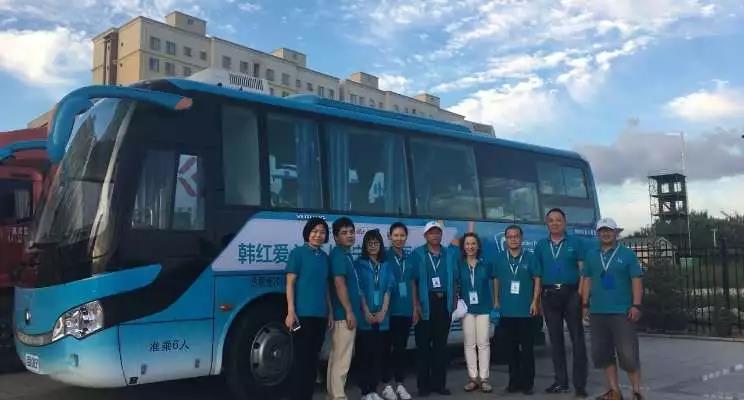