The Top Ten Stories of 2017 in Chinese Civil Society 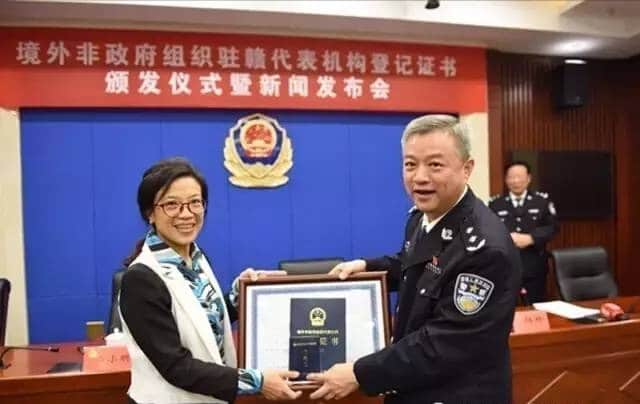 In what was the news of the year for us, the “People’s Republic of China’s Law on the Management of the Activities of Overseas NGOs within Mainland China” was officially implemented on the 1st of January 2017. The new law establishes two ways for overseas NGOs to operate legally in China: register an office with the Public Security Bureau, or file (备案) a temporary activity with a maximum duration of one year. Registering an office requires first finding a “professional supervisory unit” (PSU) within a list of approved government departments, a prospect that seemed daunting to many NGOs. The law also forbids overseas NGOs from conducting fundraising within China.

The new law has been a major source of concern for China’s overseas NGO community since the first announcement that it was being deliberated upon was made, in December 2014. From the point of view of civil society, the final version appeared to be an improvement over the second draft, which was publicized in May 2015 in order to receive public feedback. The draft version would have required NGOs to find a PSU even when they wanted to carry out a temporary activity. In this and other places, it seems like the abundant feedback provided by the NGO sector on the law’s draft had some effect on its final version.

By the end of 2017, 317 overseas NGOs had managed to register an office, and 485 temporary activities had been successfully filed with the authorities. While it should be noted that a large portion of the organizations that have registered are actually chambers of commerce and other trade-promotion bodies, many overseas NGOs involved in fields of work more closely associated with civil society (for instance WWF, World Vision and Oxfam) have also been able to register. For these organizations the law may bring some advantages, allowing them to gain proper legal status in China. Smaller organizations, or ones engaged in fields of work considered to be more sensitive, are the ones set to lose out the most from the new law.

Fake charities get shut down 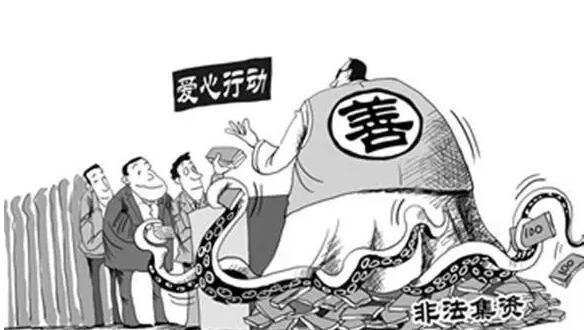 In March, police in Guangzhou and Foshan cracked down on a number of companies suspected of conducting pyramid schemes under the cover of fundraising for charity. Of particular note is Renren Charity, an online rebate platform that gathered 1 billion Yuan in the space of a month. In July the authorities detained the founder of an organization named Shanxinhui, which had illegally gained 2.2 billion through a pyramid scheme carried out while claiming to work for poverty alleviation and equality. Many of those swindled lived in small towns in Liaoning and Guizhou.

These sorts of pyramid schemes, as well as swindling innocent people out of their money, can have a real impact on the level of public trust in charities, which is already relatively low. Fortunately, it appears that many of these illegal schemes are being discovered and clamped down upon. 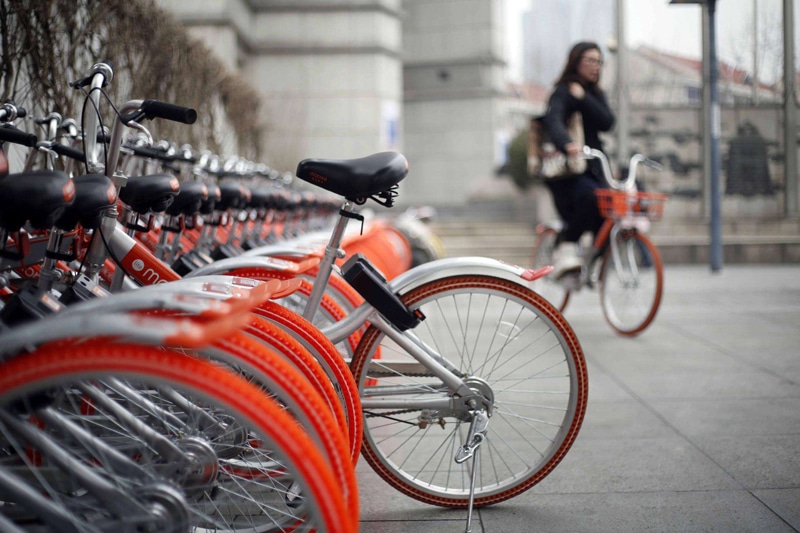 On the first of July, the official ceremony for the “Foguo Bike-Travel Assistance Program for Nepalese Mountain Residents” (“佛国单车——尼泊尔山地居民出行援助计划”) was held in Katmandu, Nepal. The program, hosted by the Beijing Ci Ai Charity Foundation (CACF), consisted of donating over 30000 Chinese mountain bikes to the Nepalese people. It aims to alleviate the difficulty of getting around in Nepal’s remote mountainous areas.

This initiative can be seen as exemplary of the trend of Chinese civil society organizations becoming more active abroad, and particularly in other developing countries, as China goes from being an aid recipient to an aid provider. The One Belt and One Road initiative may well accelerate this trend, as Chinese non-profits have the opportunity to mediate between Chinese businesses on the one hand, and local environmental and social concerns on the other. Still, this will require programs that involve more than simple donations, and a serious attempt to overcome the differences in approach and work culture that still separate Chinese civil society from civil society in other countries. 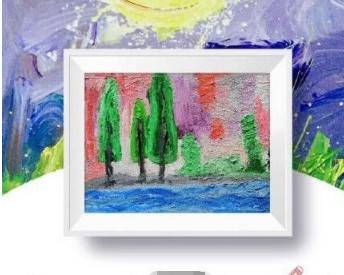 In August the fundraising campaign “One yuan paintings” went viral on social media. Launched by the Tencent charity platform, this creative philanthropy program allowed users to buy paintings created by people suffering from mental disabilities like autism, cerebral palsy and Down’s syndrome. The paintings, 36 in total, were sold for prices as low as 1 Yuan. Within a few hours, the campaign had already reached its goal of raising 15 million RMB, after which the donations function was closed. A total of 5.8 million people donated to buy the art work.

Unfortunately the project’s success also attracted suspicion and controversy. WeChat was soon awash with claims that the paintings were not really the work of disabled people themselves, and that the whole project was just a scam concocted by “investors” who would end up pocketing most of the donations, while the disabled painters would only receive “less than 10%”. It does not appear, however, that there was any real substance to these claims.

In December another viral fundraising campaign named “you with the same birthday” (同一天生日的你), that allows people to donate one yuan to children in poverty who share the same birthday with them, also drew accusation of unprofessionalism and irregularities. This time the accusations appear to have had some basis. The campaign, organized by the Aiyou Future Foundation, had violated government regulations, because the information had not been posted on any of the official fundraising platforms appointed by the Ministry of Civil Affairs. Some very avoidable mistakes regarding the way that the children’s information was presented also increased public distrust. The government investigation is still ongoing.

What such cases demonstrate is that social media can allow well-crafted fundraising campaigns to go viral with unprecedented speed, but it also makes it very easy for accusations and rumours to spread, whether truthful or not. Charities must be very careful to uphold the highest standards of professionalism when conducting such campaigns, so as not to give fuel to controversy.

Laws and regulations on the charity sector released in quick succession 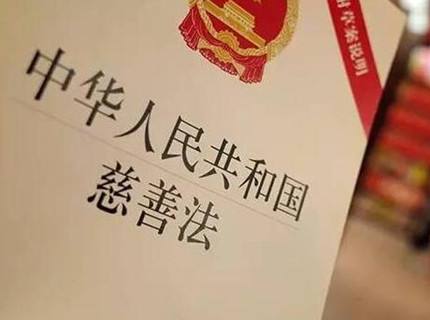 2017 saw the revision of the Enterprise Income Tax Law (企业所得税法), the promulgation of two industry standards for online fundraising information platforms for charitable organizations, and the release of the Measures for the Management of Charitable Trust (慈善信托管理办法). Furthermore, the drafts of the Interim Regulations on Investment Activities by Charitable Organizations to Maintain and Increase the Value of Assets (慈善组织保值增值投资活动管理暂行办法) and of the Regulation of Information Disclosure of Charitable Organizations (慈善组织信息公开办法) were released for public consultation. These regulations can be seen as auxiliary to last year’s Charity Law, and represent the legal framework under which Chinese charities will operate in the coming years. 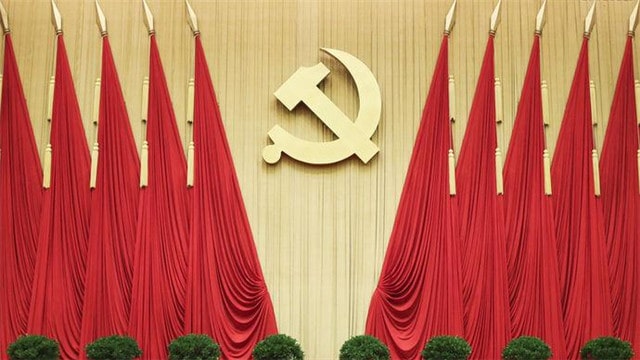 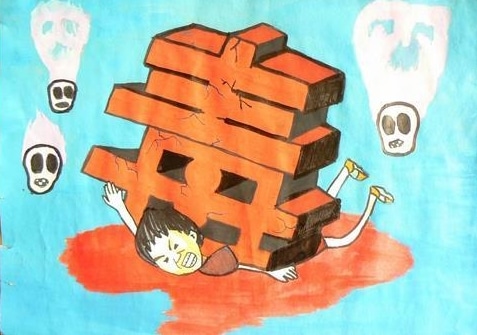 The first instance ruling in the “Changzhou soil pollution” case was announced on January 25th. The plaintiffs, Friends of Nature and the China Biodiversity Conservation and Green Development Foundation, lost the case and were charged 1.89 million yuan in legal expenses. The case had been brought by the two NGOs against three chemical manufacturers in Changzhou, Jiangsu province, responsible for an old chemical factory located on land later taken over by the government. Pollutants had continued to spread from the factory, seriously polluting the soil and affecting local residents.

The amended Environmental Protection Law, passed in 2015, allows for NGOs to conduct public interest lawsuits against polluters, and since then a number of high-profile lawsuits have hit the courts. The Changzhou ruling represents a serious setback, and may deter other NGOs from carrying out such litigations. As the first public interest lawsuit focusing on land pollution, it also casts a light on the absence of support and legislation in this area. Besides the astonishingly high legal expenses that the plaintiffs were charged, the organizations also faced setbacks throughout the process of accreditation, providing evidence and verification. An appeal is still ongoing. 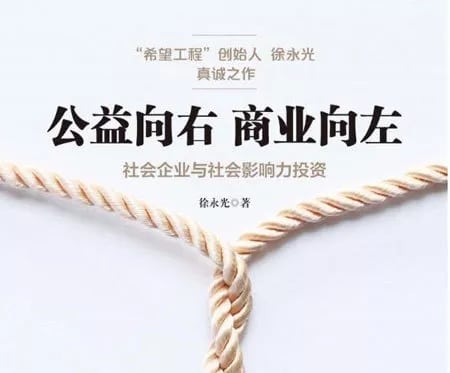 In September controversy erupted between two big names in China’s charity sector. The dispute focused on the book Charity to the Right, Enterprise to Left ( 《公益向右，商业向左》, written by Xu Yongguang, director of the Narada foundation and founder of Project Hope. The book wades into the long-running debate about the “marketization” of China’s civil society organizations, making the argument that the charity sector should be operated in a more market-driven fashion. On the 14th of September, Xu’s book was torn apart with rare fury in a review by Renmin University professor Kang Xiaoguang, another heavyweight of the charity sector. The professor accused Xu Yongguang of basing himself on an uncultured, parochial commercial stance, which sings the praises of the business sector while playing down the role of charity, and attacked his “wrong methodology, messy logic and evil stance”.

Professor Kang’s review caused a storm in China’s NGO world, and both sides quickly accumulated supporters, although Xu Yongguang attempted to downplay the whole incident a few days later, calling it a “disagreement between gentlemen”. While it is easy to argue that some of the language used in the review was over the top and unnecessarily harsh, it is harder to take sides on the substance of the dispute, which mirrors debates that have also taken place within the charity sector in other countries. 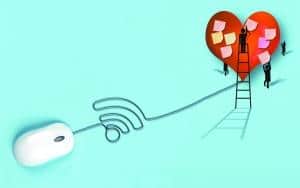 The event wasn’t without controversy however. It was arranged that Tencent would provide matching funds for every donation, up to a limit of 99.99 million Yuan for the first day, and 100 million for the second and third days. The speed with which the limit was reached on the second day, about half an hour, raised many eyebrows. It was later discovered that a large number of accounts had been making small, repeated donations, giving every impression that they were machine-generated. Given that every donation generated a matching one by Tencent, it is easy to see how the system was open to fraud. The Tencent Charity Foundation responded by asking a third party to investigate the issue. The investigation is still ongoing. Similarly to the controversies over the viral fundraising campaigns mentioned earlier, this affair also shows the importance of finding mechanisms to protect fundraising drives from malpractice. 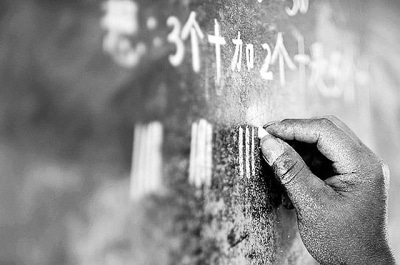 On the 15th of September, Stanford professor Scot Rozelle caused a stir with a talk he gave on why educational levels in rural China are lagging behind. Professor Rozelle is the co-director of the Rural Education Action Program (REAP) at Stanford University, a team dedicated to bridging the educational gap between cities and rural areas in China. In the talk, the professor claimed that if 63% of rural children don’t go on to high school, this can be attributed partly to cognitive deficiencies caused by undernourishment and lack of maternal care during the children’s first three years of age.

Professor Rozelle also suggested one particularly provocative solution: calling for the mothers of rural children working in the cities to return home and look after their children. The talk provoked many reactions, with some claiming that the real cause for the poor educational outcomes in rural areas is that educational resources have been disproportionately tilted towards the city. Others criticized the proposal as inherently sexist, wondering why it should only be the mothers who have to shoulder the burden of parenting.

While Professor Rozelle may well be correct in identifying cognitive deficiencies caused during the first few years of life as one of the reasons why many rural children’s school performance is disappointing, it is obvious that there are other, structural reasons for the gap with the urban areas that need addressing. The suggestion that mothers working in the cities should go home and spend time with their kids is problematic from the point of view of gender equality, and also probably unrealistic.

The top ten stories of the year in Chinese civil society as chosen by CDB, from the Overseas NGO Law to Tencent’s 9/9 Philanthropy Day