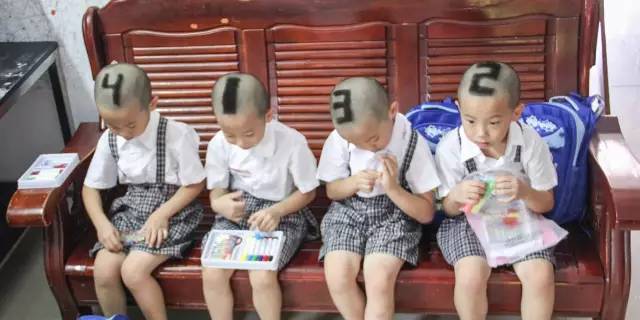 The parents of quadruplet sons and a daughter found themselves mired in controversy this week after prioritizing their sons on a home improvement show, giving their daughter only a makeshift bedroom hidden in the kitchen.

On an episode of “A Warm New Home,” the family from the southern city of Shenzhen had their apartment renovated because, at just 60 square meters, it had become cramped for seven people: The parents’ room was tiny, the four sons all shared one bed, and the daughter’s room was also being used for storage.

The new layout would give everyone more space — except for the now-22-year-old daughter, who was consigned to a pullout bed in the kitchen. Online, few were sympathetic to the designers’ decision, and the case fueled arguments that the traditional preference for sons over daughters persists in modern China.

The episode was originally broadcast in January 2016 on Beijing TV. But it wasn’t until last Friday that the incident attracted widespread attention on social media, after the Party newspaper People’s Daily posted on its Weibo microblog a video of the quadruplets reciting ancient poetry on another TV show.

Netizens commented on the since-deleted Weibo post, accusing the family of showing a bias toward their sons, now 11 years old. “Did you know that [the boys] have a sister? On the home improvement show, even the mother didn’t care about where the sister would sleep,” one Weibo user wrote. “I feel bad for her.”

“Girls, especially those who have brothers, are often neglected,” Beijing-based nongovernmental organization Feminist Voices commented on its account on messaging app WeChat. According to the organization, the incident reflects traditional norms dictating that young women leave their families when they get married. “[Girls] receive unfair treatment from family members because they think that sooner or later, she will leave, and so she’s not worth paying attention to or investing in,” Feminist Voices wrote.

The Shenzhen family’s episode of “A Warm New Home” played up the drama surrounding the daughter’s bedroom. In one scene, the young woman, called Na Na on the show, becomes angry and questions the designers — Zhang Zhizhong and Liu Zhe of Shenzhen Ecoid Design Co. Ltd. — after learning that she won’t get her own room. But after the renovations, the show revealed that a bed could be pulled out of a kitchen wall, while two other movable walls could close up to form a small room.

“Dad and Mom joked that if I didn’t behave, they would have another child and abandon me,” Na Na said on the show, recalling a memory from age 12, just before her mother gave birth to the quadruplets. “I was really worried that Mom and Dad didn’t want me anymore for real.”

“Good design should solve conflicts in the family instead of intensifying them,” Yu Ting, a Shanghai-based architect featured on another home improvement show, told Sixth Tone. When contacted by Sixth Tone, designers Zhang and Liu declined to comment on the case.

The father of the quadruplets, Jiang Shoulian, apologized on his Weibo account on Tuesday. “I treat all my children equally,” he wrote. “We didn’t know there wouldn’t be a room for my daughter at the beginning of the show.”

The family is used to being in the spotlight. When mother Tan Chaoyun gave birth to her sons, the boys made local headlines as the first naturally conceived quadruplets in the city. Some generous donors even gave money to the family, which only made 4,000 yuan ($580) per month, according to local newspaper Shenzhen Special Zone Daily.

The quadruplets grew up as amateur child stars, dancing, singing, and playing the hulusi — a Chinese wind instrument — on TV shows over the years. A 2012 photo showing the brothers with their hair shaved in the shape of numbers to help tell them apart was shared widely online.

The renewed focus on the family has stirred up rumors and accusations of all kinds, including that Jiang, the father, makes more money than he led viewers of the home improvement show to believe.

On Monday, Jiang posted a statement on Weibo that was ostensibly written by Na Na. “I’m the sister, the ‘forgotten’ sister … It’s difficult and bitter to argue about what’s right and wrong,” the statement said. “I love my parents; they did their best to protect us.”

Three days before posting the message, Jiang responded on Weibo to a user who asked where Na Na now sleeps: “After [she] got married, her room was no longer used,” he wrote. “Now, it’s a computer room and study room.”