What is it like to conduct charity in the most posh and opulent place in China? You may even wonder if there is any such need. The answer is that there is, and lots of it. A philanthropy program has been running in the Sanlitun sub-district of China’s capital for a year, during which 38 community social organizations have been developed. The action plan for a second year is also underway. 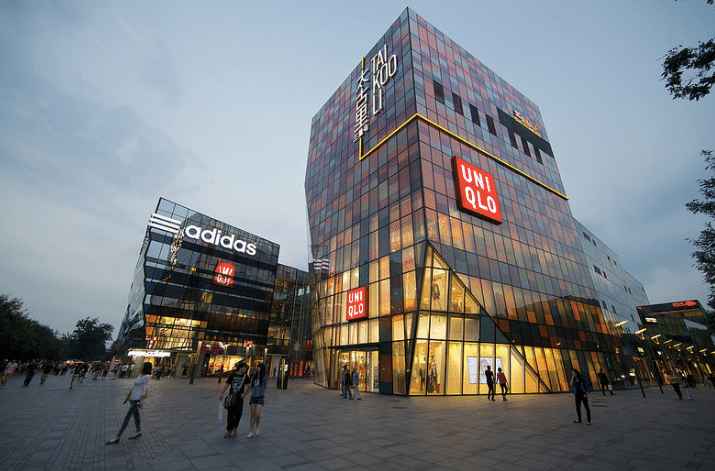 PHILANTHROPIC NEEDS IN SANLITUN
The name of Sanlitun evokes a series of high-profile terms- international, chic, and bustling. Being the embassy compound, its streets are packed with foreigners. Being a high-end commercial center, its stores are full of luxurious brands. Its pubs and nightclubs provide a glamorous nightlife. It is also a flashpoint for the latest fashion trends and contains Beijing’s main football landmark. The average price of real estate here is 50,000 to 60,000 RMB per square meter. So let’s see what kind of philanthropic needs could possibly lie beneath the dazzling glamour.

Wang Damei, aged 92, lives on the fifth floor of Dongsanli Community. Going out and having a haircut has become a real problem for her. There are plenty of hair salons in Sanlitun and the community office has persuaded the local salons to provide a regular free service for local residents, but not door-to-door service. However, over 22% of residents in Sanlitun are above 60 years old and many of them have difficulty going up and down the stairs.

In front of the East Building No. 30 in Xingfu 2nd Village, there are two spots for parking bikes. They are currently filled with abandoned bikes, architectural materials, and other things that belong to the residents and are difficult to get rid of without causing disputes.

In a place like Sanlitun, money is not an issue. Charity is certainly not poverty alleviation. It is more about public interest problems that the government or the market cannot or will not solve. From this perspective, the needs in Sanlitun are immense. To meet these needs, we have to draw on the power of local residents and their communities. 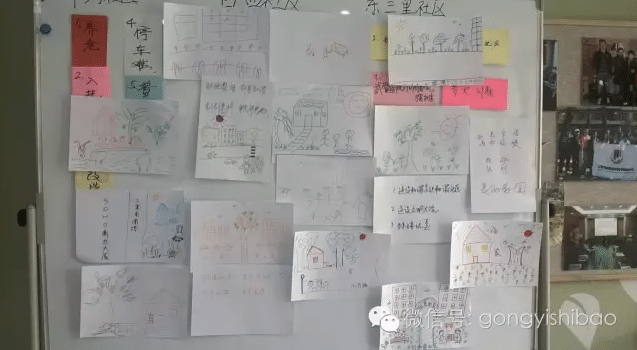 IDEAS AND ACTIONS FROM THE RESIDENTS

How can the multi-dimensional needs of the residents be satisfied? In a context of increasing innovation in community governance, the Chaoyang District where Sanlitun is located has come up with a Resident Proposal Plan. The plan works like this: the residents propose ideas for solutions of problems within their own community. The ideas are evaluated, selected, and optimized. The district government helps to carry out the suitable ones. The total annual fund set aside by the district government for the plan is 16 million RMB. Up to now the district social affairs department has received 12000 ideas, out of which 2555 are participatory and 451 are financially supported.

To solve the problem mentioned above of elderly people unable to get haircuts, Zhang Guiying from the Dongsanli community organized the Sunshine Haircut Team of 15 volunteers, who received free training from the hair stylist Wang Caiqin, to provide regular door-to-door services for the elderly. When it comes to the blocked spots for parking bikes, volunteers organized by local Meng Zhaoliang removed over 100 abandoned bikes and thus solved the problem of scooters being parked in a disorderly fashion next to his front gate.

“The capacity of the government has its limits. It cannot be omnipotent and must allow autonomous space for the residents. The Resident Proposal Plan emphasizes the residents as the principal actors, from writing the proposals to implementing them. We encourage locals to be the organizers instead of mere participants”, says Wang Chunhu, vice director of the Sanlitun Sub-district Office. “Some community officers didn’t understand or support the Plan at first. We had to explain it to them step by step. When they saw the benefits and excellent results of the program, they started to support it.” 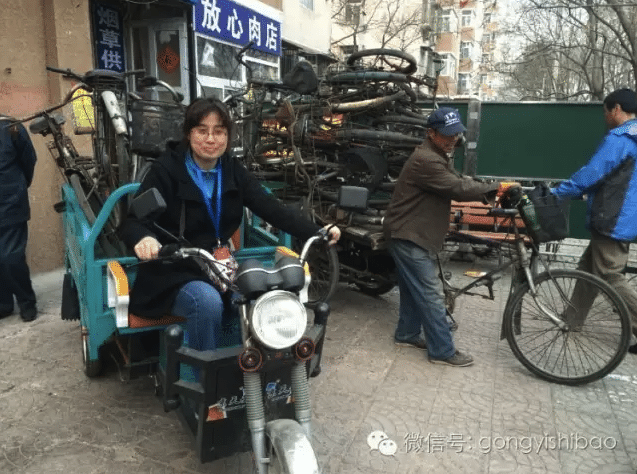 If the residents managed to achieve their goals it is not only because of the government’s support, but also the participation and support of social organizations.

The first session of the Resident Proposal Plan of the Sanlitun sub-district raised a total of 300 thousand Yuan, out of which 100 thousand was provided by the government and 200 thousand was sponsored by enterprises. Instead of handing it all out to the residents, the people in charge distributed the funds according to a proportion of “6:3:1”:

“60% of the funds were handed out to the residents for carrying out the planned programs, 30% to supporting social organizations and 10% to the community coordinators”, explains Wang Chunhu.

The social organizations Wang mentions are the NPI and the Minhe social work office, which were brought in to offer support during the first period of the plan. Wang Chunhu states that the aim of introducing social organizations is to provide technical support for residents in areas like community research, proposal writing guidance and operational guidance. The two organizations both assisted the operation of the community proposal contest and improved the residents’ capacity for organization and philanthropy.

“We are responsible for the coordination of the operations of seven community projects and the specific operation of four projects” explains Ma Xin from the Minhe social work office. The staff of the NPI and Minhe participated in the whole plan, including organizing community groups to collect good ideas and find leaders, guiding residents to conduct community research, write proposals, and organize the proposal contest, helping construct the team internally and guiding the implementation of the project.

Meng Zhaoliang’s group designed the operational plan of their whole project with the help of social workers. As a first step, volunteers were gathered to carry out some initial publicity, including posting notices in places in good view (like the doors of buildings or elevators) and carrying out publicity and registration from door to door.

Secondly the group created coupons for the exchange of goods, which allowed residents who owned an old bicycle and were willing to exchange it against other goods to do so.

In the morning of April 6th, social workers and volunteers brought the goods to be exchanged to the 30th building of Dongzhimen Outer Street and began exchanging them with old bicycles. They completely cleared up the old bikes by carrying them to a drop-off spot with tricycles and then delivering them to waste recycling companies. They also contacted Mr. Tang, a bike-repair expert, to help repair the bikes and then put the repaired ones in a special area for public use by the community. 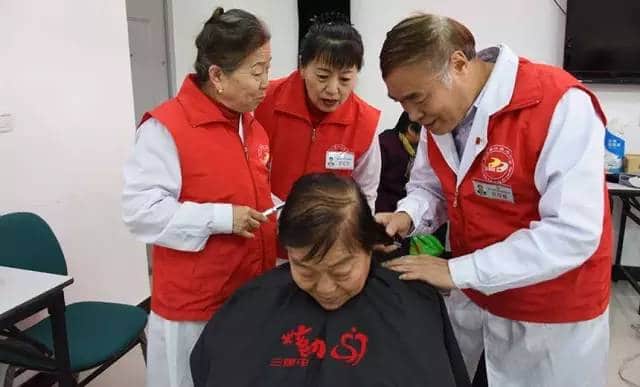 A TRANSITION FROM SELF-INTEREST TO PUBLIC WELFARE

After the end of the first period of the Resident Proposal Plan, the second period got underway. During a ceremony held to display the achievements of the Plan’s first session and to launch the second period, the project leader from the NPI introduced the specific implementation plans.

In the NPI’s project design the first period was taken as the seed period, when the community residents have their first experience of participating in such a program and their initiative and capacity for independent problem-solving are improved.

The second period is considered to be the sprouting period, when residents’ participation is normalized. The group expects to realize the goals of making participation convenient, obtaining support from all sides, and encouraging sharing by the residents. Residents should have the opportunity not only to start a proposal and implement and participate in the project but also to apply to become volunteers, coordinators, and supervisors.

Social organizations including the NPI and Minhe will aid the implementation of new projects, including one-to-one guidance and follow-up coaching, and offer support throughout the project. They will also support the upgrading of the existing projects, including constant financial support and group brand services.

Presently the number of supporting social organizations has increased to five, namely the NPI, Minhe, the Xintu Center for Community Health Promotion, the Wutong Academic Philanthropy Development Center, and the Sifu Community Safety Service Center. They are respectively responsible for projects of coordination, certain communities, health and mutual help, education, and environment and safety.

During the third period, considered to be the growing period, residents become more independent in their participation, which complies with the wishes of the government. Wang Chunhu states that “we are now preparing to develop these grassroots organizations into community organizations or even registered social organizations.”

“We hope this year’s activities will be more regulated so as to achieve the transition to actual philanthropy: going from disorganized activities to organized ones, from small ones to large ones, from self-interest to public welfare, and from serving a small number of people to a large number within the community”, Liu Dong states. In actuality, the Resident Proposal Plan in the Sanlitun sub-district is only one example of the “resident proposals” of Chaoyang District. In June this year, Chaoyang’s “resident proposals” to stimulate communities’ capacity for self-governance were listed among the top ten community governance innovations of 2015 in China.

Beijing has seen a transition in its philanthropic model from the community level to the level of the residents, with ordinary residents founding their own organizations to solve problems that cannot be solved by the government and are related to their own interests. Although it may not be applicable to all places in China, this model deserves our admiration. It may show a direction for the future of China’s philanthropy. 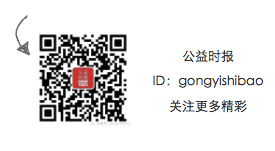 What is it like to conduct charity work in China’s most fancy and cosmopolitan neighbourhood? This article reviews the development of community organizations in Beijing’s Sanlitun sub-district.