Over a month has passed since the outbreak of the new coronavirus in Wuhan. During this time, China has been involved in a gigantic collective effort to control and limit the spread of the virus. While these efforts have been spearheaded by the state, social forces and members of the public have found numerous ways to independently assist the control and prevention efforts, support medical staff on the frontlines, and aid the vulnerable groups most badly impacted by the lockdowns in Hubei and other areas.

The almost complete closure of Hubei, a province with almost 60 million people, which began at the end of January, can certainly be seen as an event of an unprecedented magnitude. Unfortunately, the lockdown and the spread of the infection within the province have imposed a huge strain on local medical staff and on some parts of the population.

Many ordinary members of the public around China have shown a great willingness to donate money and supplies to help the people affected by the epidemic and by the resultant lockdowns. This should come as no surprise, as it repeats the pattern witnessed after the Wenchuan earthquake and other natural disasters of recent years, when there was a huge wave of donations and volunteering from ordinary citizens.

For Chinese charities and foundations outside of Hubei, it has been difficult to find direct ways of making a difference in the immediate wake of the coronavirus outbreak. For one thing, the restrictions on people’s movements in Hubei and other parts of the country made it hard to operate outside of official channels. What’s more, on the 26th of January, three days after the lockdown on Wuhan was imposed, the Ministry of Civil Affairs appointed five charities, all of them local branches of national GONGOs, to handle all the public donations of money and supplies to Hubei province.

The five charities in question are the Hubei Red Cross, the Wuhan Red Cross, the Hubei Charity Federation, the Wuhan Charity Federation and the Hubei Youth Development Foundation. All other charities are required to hand over any donations to these five bodies, after which the Epidemic Prevention and Control Centre decides how to deploy them. This step was taken so as to centralize and unify the deployment of the funds and supplies, but it has clearly reduced the scope of action for independent charities.

While it has been hard for established social organizations, especially ones based outside of Hubei, to play an active role in this public health crisis, there have been numerous admirable cases of groups of citizens responding to the situation in constructive and creative ways to provide aid for Hubei and assist the most vulnerable groups in a time of crisis.

One widely reported case involved a 24 year-old Weibo blogger from Shanghai who wondered how the female medical personnel in Hubei must be faring when it came to sanitary products. In early February she posted a message on Weibo asking this question publicly, and she was reached by numerous nurses and doctors telling her that they had run out. Hospitals in the province were overwhelmed and in need of more supplies in all fields, and they had generally not thought of asking for feminine sanitary products in their public calls for help and donations.

The blogger quickly set up a group of volunteers, and then reached out to the Lingshan Charity Foundation, which agreed to provide help with fundraising. The group managed to raise over 2 million RMB with the help of the foundation, and it used the money to purchase hundreds of thousands of sanitary products, which were then shipped to Hubei.

The group’s founder quickly realized the urgency of the situation. The hard-of-hearing are particularly vulnerable in a public health crisis due to their communication barrier with the rest of society. If they are hospitalized, they find it hard to communicate with medical personnel, and often have to resort to writing. The problem is particularly serious in the case of the elderly, who sometimes have little ability to read and write and may be almost completely limited to sign language. Their children may live in other parts of the country and be unable to reach them due to the city’s closure. Many of them have found it hard to even access news reports about the virus and the necessary precautions to take, especially if they live alone.

The small group of volunteers is doing its best to reach hearing-impaired people throughout the city by posting videos in Sign Language on WeChat, keeping them informed about the situation and giving advice. They have also created a WeChat group including over a hundred people with hearing-impairments who have sought their aid, most of them elderly. They help them to conduct their affairs during the lockdown through video calls, in which sign language can be used to help them negotiate with deliverymen or neighbourhood committees. The volunteers also received a batch of materials from the Red Cross, including items like face masks and sterilizing tablets, and have distributed them to the homes of the hearing-impaired. 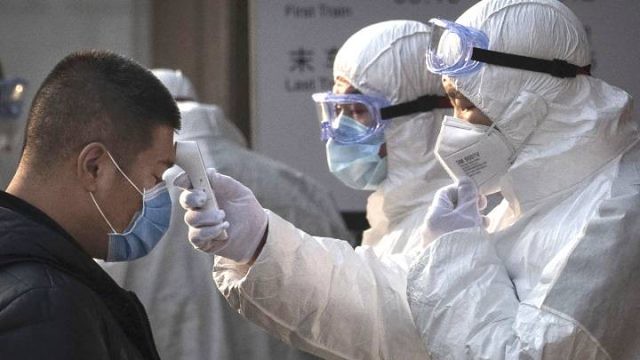 It is not only human beings who are in need of aid in Wuhan. After the closure of the city on the 23rd of January, many residents who had left for the Spring Festival found themselves unable to return. Some of them, naturally, left cats and dogs behind in their empty apartments, perhaps leaving them a few days’ worth of food and drink or entrusting a friend to come round and look after them. In the long term, however, many of these animals risked starvation. Red Star News (红星新闻) reported on the 1st of February about a group of volunteers who decided to take action to save the city’s pets. The volunteers all belong to a local organization named the Wuhan Small Animals Protection Association (武汉小动物保护协会) which, according to its own website, was formed in 2006 and officially registered as a charity with the local Civil Affairs department in 2013.

The volunteers posted a notice on the association’s WeChat public account, and then created three WeChat groups for stranded pet owners that filled up within minutes. Anyone who had a pet in need of saving in the city was asked to fill out a form providing their address, and the volunteers then went round to all the apartments in the list, while of course wearing masks to prevent infection. Getting in to the residential compounds was often tough, and in some cases it was necessary for the pet-owners to contact the property management and explain the situation. Security guards would take the volunteers’ temperature before letting them enter the compounds.

According to the report, the association provided food and drink to the animals for free, but the pet-owners were asked to pay back the cost of changing the locks of their flats after the volunteers had broken in. A week after the lockdown began, a total of 200 pets had already been saved by the group, the vast majority of them cats. By avoiding that the pets should die and then decompose alone in their homes, they also helped prevent another threat to public health.

It is probable that other groups of volunteers, perhaps not linked to any formal organization, have also been trying to save trapped pets around the city. A few days after the Red Star News report, Reuters reported on what appears to be a different group of people engaged in the same activity.

In all the cases of grassroots volunteering described above, China’s social media apps, and particularly WeChat, have been an invaluable tool for people to organise and network. The hearing-impaired volunteers and the pet rescuers came together around two small nonprofit entities that already existed in Wuhan, and used WeChat to reach the people who were in need of their assistance. The team of volunteers that fundraised to buy sanitary products for the female medical staff on the frontline came together for the occasion, after a notice on Weibo had been met with pleas for help. Even in this difficult time, with a city and province under lockdown, civil society has not stopped finding new ways to assist vulnerable groups whose needs may not be met through official channels.

Amidst the coronavirus outbreak, small groups of volunteers are coming together to help vulnerable groups with special needs in Wuhan and Hubei.