Working towards an AIDS-free generation in China 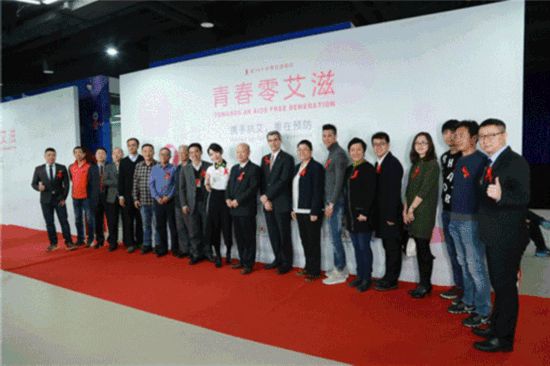 According to statistics from China’s Center for Disease Control and Prevention (CDC), the number of people living with HIV in China had reached 654,000 by September 2016. About 94.2% of the new cases were transmitted through sexual behaviour. Wang Yu, the director of CDC, warned that although the overall infection rate is not high, the situation concerning HIV/AIDS in China remains serious.

On November 30th the Towards an AIDS Free Generation charity event was held for the third consecutive year to celebrate World AIDS Day under the theme of “joining forces for HIV prevention”. Blued Charity co-hosted the event with the Joint United Nations Programme on HIV/AIDS (UNAIDS), the World Health Organization (WHO) and eight other organizations.

Wu Zunyou, the head of the National Center for AIDS/STD Control and Prevention at CDC, stressed the importance of the Internet for HIV prevention. Blued, as the largest social networking software among the LGBT community, has become an integral part of many people’s life. As a result of their large user base, software and applications like Blued can serve as an important platform and channel for HIV prevention.

Dr. Zeng Baoling, senior consultant on HIV and hepatitis infections at WHO’s China Representative Office, said that young people living with HIV may refuse to receive testing out of shame, self-denial or the fear of being discriminated. We should thus use all means available, including the Internet, to deliver accurate and positive messages.

Wu Mochou, the celebrity ambassador for Blued Charity, performed during the event, as she has done for the past three years. Wu said she dedicated these self-composed songs to people living with HIV. She also urged the public, especially young people, to dispel misconceptions and fear towards HIV/AIDS and to learn how to better protect themselves.