Women’s Rights in China – an Interview with Feng Yuan

For this year’s International Women’s Day, CDB published a series of interviews with outstanding women in Chinese civil society. One of those interviewed was Feng Yuan, a well-known feminist activist who has been promoting gender equality since the eighties. Feng Yuan is the co-founder of Equality (Beijing), an NGO for women’s rights and gender equality. She has jointly facilitated several women’s NGO initiatives, such as the Media Monitor Network for Women (1996-), the Gender and Development Network in China (2000-), the Center for Women’s Studies at Shantou University and the Women Network for Combating HIV/AIDs (2009-). She is also a founding member, once acting Director and then Chairperson of the Anti-Domestic Violence Network (2000-2014). Below you can find our translation of the interview into English. 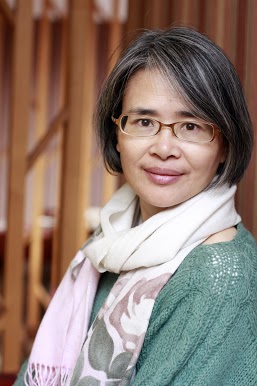 CDB: How do you view raising and improving the status of women in Chinese society?

Feng Yuan: Currently, there is a consensus in many countries that the state, the government, bears the primary responsibility for improving the status of women. The government controls vast public resources, and it dominates drawing up and implementation of public policy, as well as distributing resources. Therefore there is no question that it’s up to the government to take the lead on the issue of improving women’s status. The function of other forces is to aid, urge, and supervise the government as they work to raise women’s status.

CDB: Some say that the world will be led by women in the future. What do you think about this? (This question is asked in light of the Prime Ministers of the UK and Germany and the leader of Taiwan all being women).

Feng Yuan: Is this a quote from Goethe’s “Faust”? The tragedy ends with the line “eternal feminine draws us ever upward.” If the future of the world exists in literature, then many works of literature have this type of description in which women act as leaders. In the real world however, I cannot see a future where the world is led by women. In addition, this world is comprised of different sexes: men, women and the sexes in between. This world is our shared world, similar to how Xi Jinping described it as “humanity’s community of shared destiny.” Therefore, a member of any sex in this community of shared destiny can become a leader, and everyone should partake in and contribute to this leadership. Some countries have women who assume top positions, which is not the same as women leading, because [that nation’s] values, policies and government structure don’t clearly enshrine women’s rights and they don’t focus on promoting gender equality.

CDB: When facing the challenges of the external environment, what course should the women’s movement follow?

Feng Yuan: Women have been facing external environmental challenges all along, and the women’s movement itself began, formed and developed in response to these challenges. Because of the various forms of denial of women’s rights brought about by the external environment, exploitation and unequal treatment arose. Therefore women’s movements have always been oriented towards striving for equality and, while advancing in this direction, obtaining equal opportunities, the fruition of equal resources and equal benefits. Of course this equality does not take men as the standard, but rather the rights that people should inherently possess. For example, men do not have a need for the protection that women need during their pregnancy. Even though we advocate for men to take child-care leave and share the responsibility of raising a child, this is still a right that women need to have, but men do not necessarily need. So the women’s movement in China and elsewhere has always been advancing in the direction of striving for equality. This goal is still far off in the distance, but we need to keep moving forward.

CDB: How does a feminist behave with regards to her family and marriage? How is she seen by her family?

Feng Yuan: This is a very interesting question. One’s behavior at home can be evaluated by oneself and by others. These “others” include the husband, the children, other family members, people outside the family, and society itself. However, not all people have husbands or children, whether or not they are feminist. If the feminist is narrowly defined by her behaviour with a husband or a child, then she has lost her identity. At the same time, a woman who isn’t a feminist should not be defined only by her husband or children either. There also needs to be some self-evaluation, because the judgments of the husband and children, as well as those of others, are more often than not based on stereotypical, rigidly-defined gender roles. Regardless of whether the woman is a feminist or not, she will not be perceived well if she falls short of these stereotypical standards. On the other hand, feminists that fit these standards can still be viewed negatively because of the stigma attached to feminism itself. Finally, feminism does not necessarily have to be limited to those who are physiologically female.

CDB: Does feminism conflict with the notion of female self-sacrifice (女性奉献）?

Feng Yuan: Why don’t we ask if the followers of other ideologies are able to self-sacrifice? Why aren’t ordinary people asked if they can self-sacrifice? If we talk about sacrifice, we should talk about the sacrifices of everyone in this society. If no one in society needs to sacrifice themselves, then everyone only needs to do their duty and nothing more. Certainly, if sacrifice was inherently equal and women had the freedom to choose, I think that feminists would also be willing to sacrifice themselves. They would be willing to make sacrifices for their loved ones. However, one must pay attention to the meaning of self-sacrifice, and its implication of being selfless – can a person realize that entirely? Even if someone manages to be selfless, they still need to survive. If one needs to survive, one cannot be entirely selfless. If we are talking about devotion and sacrifice, feminists have made great sacrifices for and contributions to this world, which are too often overlooked or underestimated.

CDB: How do we find a balance between feminism and extremism (in other words, how do we prevent women’s rights activism from slipping into an extreme role)?

Feng Yuan: Advocating women’s rights is meant to promote equal rights for women. How is this, in itself, extremist? In the film “Suffragette”, British women of the time demonstrated for the right to vote with drastic actions, like throwing stones at property, because their peaceful actions had produced no results. They had to use radical means to get the attention of society. So for many people radicalism is not the purpose, but the means. Extremism is a means to garner attention to a cause when little attention is given.

CDB: How do we distinguish and separate a viewpoint from a fact?

Feng Yuan: This is a very good question. Many people cannot distinguish between facts and opinions. Often, that which is expressed as a fact is truly just a point of view and mistaken as fact. Considering this, those who advocate for gender equality are very careful to distinguish facts from viewpoints. It is very common to confuse facts and viewpoints when discussing gender issues, especially because assumptions based on biased precedent are mistaken as proven facts. For example, are the common sayings that “women have long hair but short sights” (女人头发长见识短) or “women’s natural dispositions are warm and gentle, while men’s are brave and strong” facts or opinions?  If we do not seriously reconsider these sayings, then people will naturally assume that these gender distinctions are facts of life, rather than realizing that these are man-made presumptions that are used as the basis for a social and gender system.

CDB: From a women’s rights perspective, how should we understand terms like 女强人 and 女汉纸? (These Chinese terms literally mean “strong women” and “tomboys”, and are used to refer to independent and strong-willed women).

Feng Yuan: I think there are many women who don’t have a feminist way of thinking who still have a bad reaction to these words. The words themselves are used to describe competent women who do not conform to stereotypical gender expectations. It is a kind of backhanded compliment, or it can be straightforwardly derogatory. But we can see in our actual lives that there are many, many men and women all around us who don’t conform to stereotypes and conventions, and if we use derogatory words towards them, we are discriminating against them. This is why many women refuse to be addressed this way. There are some individual women who may accept these terms, but the terms are nonetheless still discriminatory.

CDB: In judging whether something is discriminatory towards women, where do we draw the line?

Feng Yuan: What is the standard for discrimination? Look at China’s signing of the United Nation’s “Convention on the Elimination of All Forms of Discrimination Against Women” – this has been the second most signed international treaty in the world. China was among the first group of nations to sign this treaty. It defines discrimination as anything causing disadvantageous consequences for women as well as limitations to and the rejection of women. Whether there is subjective intention behind it or not, it all counts as discrimination towards women. If you take the proverb “男人三十一枝花，女人三十豆腐渣” (men blossom at age thirty, while women whither: a Chinese saying implying that men’s circumstances improve during their 30s and 40s, while women’s deteriorate), isn’t this a form of discrimination? And isn’t this excessively negative image of feminism also a form discrimination? That’s why resisting discrimination involves reflecting upon attitudes towards gender that we accept as normal. Everyone should pursue their interests and realize their potential in accordance with their own natures, passions, and objectives. Currently, China has laws against discrimination, but discrimination is not clearly defined. This should be changed.

International Women’s Day is approaching, and as people often say we should not forget its original goal. The goal was to have women’s demands—both bread and roses—heard. That is, the point was to fight for equal rights in both the spiritual and material spheres of life. Therefore International Women’s Day is not merely a time for consumption and leisure, but rather a day to go back to fighting for women’s equality.

An interview with veteran Chinese feminist Feng Yuan on women’s rights in China.