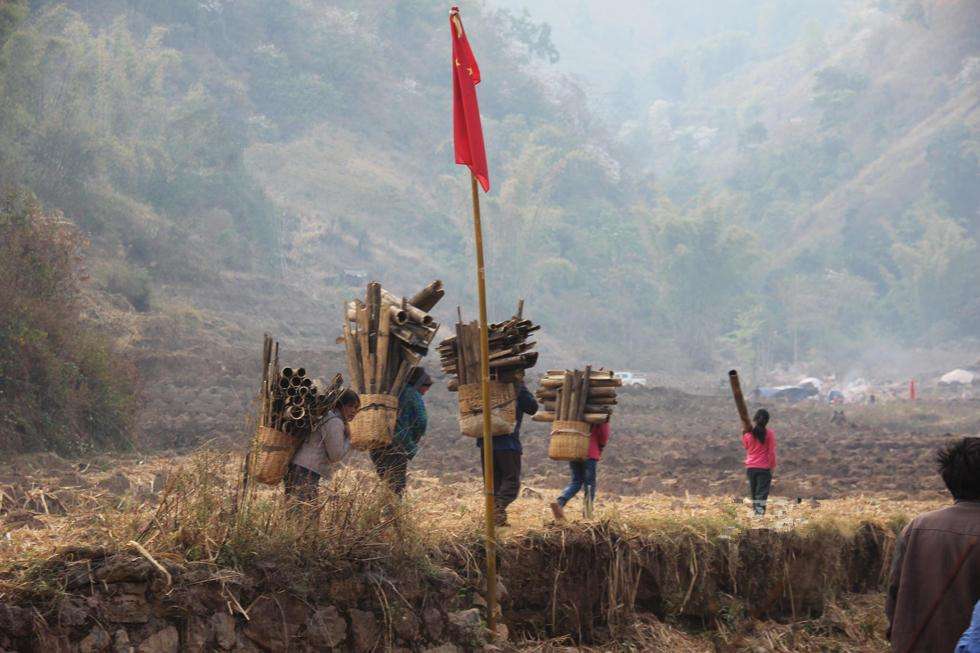 In China, sweeping government efforts toward poverty relief go largely unappreciated by the poor. That’s the conclusion of one of the country’s most prestigious field research institutions, the China Household Finance Survey (CHFS), with which I am affiliated.

In practice, what this means is that people work more to get less support. If they work to the point where they earn too much money to be labeled “poor,” the government strips them of their subsidies. This, in turn, breeds reluctance among a considerable number of families who, ironically, don’t want to jeopardize their incomes by earning too much money.

This defeats the purpose of the government’s poverty relief project. At the very least, it will delay the state’s aim to eradicate extreme poverty by 2020, a goal frequently spoken about by President Xi Jinping. To achieve this goal, China must pull almost 10 million people out of poverty per year until the turn of the decade. In 2016, following hefty investment in excess of 100 billion yuan ($14.5 billion) from both central and regional governments, China brought 12.4 million people out of poverty.

To encourage more people to wean themselves off of government handouts, in 2014 CHFS launched its Family Revitalization Plan for the Poor, a field experiment exploring new methods of poverty relief. Instead of handing out money based on how much each family earns, the revitalization plan includes conditional cash transfers featuring labor incentives that reward those willing to work longer hours with greater financial recompense. Piloted in suburban Leshan City in southwestern China’s Sichuan province, the plan incentivizes low-income households by encouraging these families to see the monetary benefits of harder work, to gain marketable skills, and to eventually free themselves from poverty.

Leshan’s pilot program started in June 2014 with 28 households and had expanded to 118 households by November 2015. Our internal statistics showed that households in the experimental group that worked longer hours made more money and were more willing than the control group to take flexible jobs, such as street peddling and rickshaw driving.

Poverty-stricken households often lack the labor skills that make it easier for people to maintain stable jobs or find higher-income positions. It is essential to encourage the poor to extend their work hours, accumulate more income, and gain marketable skills in order for them to escape poverty. Before the plan was launched, each working-age family member logged an average of around 147 work hours per month. Now, that number is 179 hours.

Alongside the Family Revitalization Plan, we also tested a youth education program in nearby Mabian Yi Autonomous County. Ethnic Yi people — one of China’s 55 minority groups — make up nearly half of the population in Mabian. Instead of merely rewarding the highest-scoring students, we gave monetary rewards to lower-scoring children who improved their grades quickest and to those who worked hardest on their homework. Although this only translated to around 150 yuan in cash for the top 10 percent of children in each category, we noticed that students who received rewards soon made progress in their studies.

CHFS is playing its part in China’s mission to eradicate extreme poverty. The Leshan experiment has undoubtedly shed light on innovative and effective ways to make life easier for the country’s most impoverished families. What is still needed, however, is the widespread acceptance and support of such projects by government officials, scholars, and local community members.

The more people we pull out of poverty, the harder it gets to help the final few million poor. I know the government is aware of this dilemma and remains eager to help poor households work their way out of poverty. Artificially raising income levels above the poverty line — for example, through government subsidies — gives the impression of a quick fix, but it is unsustainable. For poverty relief to work in the long term, we must tackle the underlying needs of low-income families. If we can do so, we will convince China’s poor to pursue fuller, wealthier, more secure lives — not because the state ostensibly wants them out of poverty, but they want that for themselves.