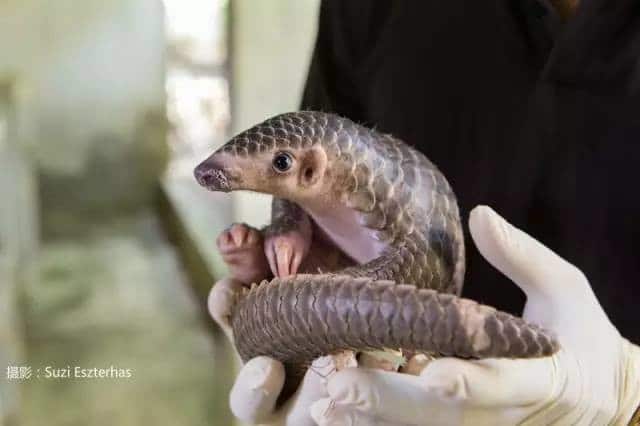 Indigenous to Africa and most of Southern and Eastern Asia, pangolins are a species of scale-covered mammals that resemble anteaters. The scaly critters are prized in Chinese cuisine and traditional medicine for their supposed healing qualities. In addition, their scaly hides are sought after as decorations and ornamental objects. Due to overhunting and global climate change however, pangolins have become one of the most threatened species on the planet. In 2014, the International Union for the Conservation of Nature categorized all species of pangolin as being threatened with extinction, with two species critically endangered. Killing, consuming, or selling pangolins in China is illegal and punishable by up to ten years in prison.

Recently pangolins have been much discussed in the Chinese media after an investigation was opened into a Weibo user who uploaded a post about eating pangolins at a restaurant in Guangxi Province. Nicknamed the “pangolin prince” by other social media users, Li Jiahe said in a Weibo post that he had “fallen deeply in love with this [pangolin] flavour,” claiming that the meat was served to him by a restaurant called Guangxi Investment Promotion in Nanning. He stated in his post that Nanning city “officials invited him to eat pangolin” together at an entrepreneurship event held in the restaurant in 2015.

After the story incited widespread criticism on social media, an investigation was launched into the case. A reporter for the Legal Evening New called the Nanning Party Committee Propaganda Department seeking information on Li Jiahe’s connection with city officials, but was unable to get a concrete statement about the validity of the Weibo accusation. In addition, the restaurant that held the event denied all claims that the “pangolin prince” and his party of officials ate pangolin meat at the restaurant, pointing out that no restaurant staff members or managers were present in the group photos posted on Weibo. Investigators further probed into the background of the restaurant’s staff, but found no evidence of pangolin smuggling.

Regardless of how the pangolin meat was served, this case still highlights the presence of illegal pangolin smuggling in China. Primarily smuggled in from African and southeast Asian countries, pangolins are generally transported overland through Laos and Vietnam into Yunnan and Guangxi or overseas directly into Guangdong. Most pangolins trafficked over land are kept alive, whereas those that come to China by sea routes are frozen, easily passing through customs inspections. In China, pangolin meat is increasingly seen by the wealthy as a delicacy for its wild and gamey flavor. Demand for the scaly creature has increased dramatically in recent years in conjunction with China’s rapid economic growth.

While pangolins face extinction, they have received a great deal of attention by conservation groups around the world. The Taipei Zoo has made great contributions to the conservation of pangolins with their pangolin program, but organizations around the world seem to struggle with keeping pangolins long-term. One issue with their conservation is that they are very difficult to breed in captivity. While many zoos have tried, they have found that it is very costly to breed pangolins due to their pregnancy cycle, each female only giving birth to one baby a year. On top of that, pangolins have relatively picky eating habits and living standards, making it difficult for zoos to accommodate. Despite these obstacles, governments and organizations around the world continue to work hard to combat the illegal smuggling of this rare creature.