Wang Zhenyao: in Future, Competition between Charities will be the Norm

This interview originally appeared in the Legal Weekly magazine. 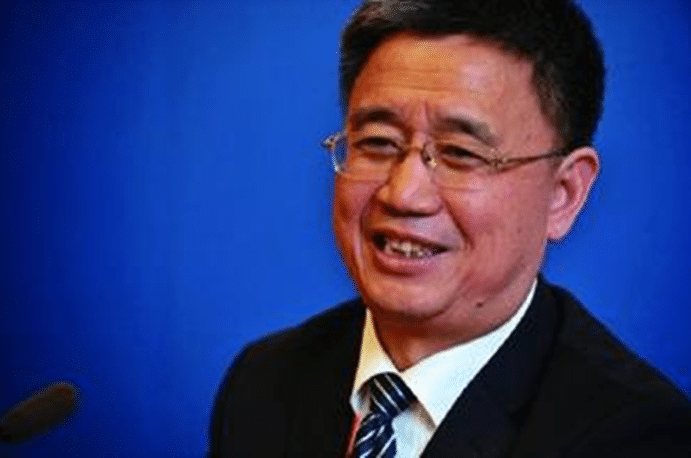 On September 1st, the “Charity Law of the People’s Republic of China” (referred to from now on as the Charity Law) will officially come into effect. The Ministry of Civil Affairs (MCA) has recently been very active in carrying out preparatory work of all kinds for the implementation of the new law.

Why has the MCA issued a set of supporting policies on the eve of the implementation of the Charity Law? How has the government managed to strike a balance during the policy formulation process? How will charity organizations face up to the new challenges? To find out, Legal Weekly spoke with the director of the China Philanthropy Research Institute, Wang Zhenyao, who has long been active in the public welfare sector.

Setting up a comprehensive support system is crucial

Legal Weekly: the Charity Law will come into effect soon, on September 1st, and the MCA has recently released a flurry of related policy documents. Do you think it is right for the MCA to do its utmost to establish a perfect set of supportive measures prior to the official implementation of the law?

Wang Zhenyao: That’s how it should be from the perspective of government requirements and legal standards, and central as well as local governments should do their utmost to establish comprehensive policy support systems. Laws must be implemented, so we should take care of the things that can be foreseen first, while those that cannot be foreseen should be taken care of through revision and optimization when complications arise.

Wang Zhenyao: It is very easy now. On the one hand, there is no longer a leading unit, while on the other, county level civil affairs departments can now carry out registrations. Registering a foundation, for example, used to require the approval of the ministerial or provincial civil affairs authorities, which was too difficult. The law now states that county level civil affairs bureaus can give approval. Therefore, foundations and other types of charitable organizations will generally be able to register much more easily.

Wang Zhenyao: International experience shows that public fundraising is not done haphazardly, but that after filing the necessary documentation, there are requirements for the time, place and methods of fundraising activities. A further lesson from abroad is the benefit of regulating these aspects within a relatively liberal overall fundraising framework.

When it comes to making more detailed regulations, however, there can’t be a universal standard since each county level civil affairs bureau is now able to give approval on fundraising. The specific date, time and other aspects cannot be standardized by the central government but should be handled according to local conditions in each area. Therefore, regulations will become more diverse.

Legal Daily: Online platforms were confirmed as being a part of the public fundraising model and the MCA is carefully selecting the first group of online public fundraising platforms for charitable organizations. However, the Charity Law does not provide detailed regulations on the standards and procedures for making this selection. Do you think there is a need to release a set of supporting regulations?

Wang Zhenyao: To my knowledge, the MCA is in the process of releasing relevant regulations, but I think this first selection is an excellent trial and can be conducted beforehand.

However, while online fundraising is a new challenge globally, future fundraising methods and activities, especially those used by young people, will change in the wake of technological developments and won’t be limited to these platforms. Therefore, this policy should be gradually adjusted along with the development of modern technologies, promptly follow new developments in society and continuously take steps towards standardization. While the law cannot have very detailed regulations in the initial phase due to our lack of experience, it will be continuously perfected as experience accumulates.

Legal Weekly: The Charity Law states that charitable trusts are classified as public welfare trusts and that the Trust Law will apply to items not yet regulated in the new law. Previously, however, public welfare trusts did not develop well in China. If the aim is to create an environment for charitable trusts to develop, isn’t it necessary to make corresponding revisions to the Trust Law or to issue further policies for the implementation of the new law?

Wang Zhenyao: To my knowledge, the relevant government departments, such as the MCA and the China Banking Regulatory Commission, are all paying close attention to charitable trusts. The reason public welfare trusts did not develop well in the past is that they did not have a leading unit, meaning that no one felt responsible; for charitable trusts, on the other hand, it has been made clear that the MCA is the leading unit. This means that the MCA is responsible. The law will face great challenges when it goes into effect and the MCA will bear responsibility if the implementation does not go smoothly. Therefore, I am sure the MCA will push to have a complete set of relevant laws and measures in place as soon as possible.

Legal Weekly: While it was seen as great news that the Charity Law allows charitable organizations to enjoy tax benefits, there were also those who criticized the regulations for relying only on principles instead of providing detailed rules on implementation. What is your view on this?

Wang Zhenyao: While a piece of legislation naturally requires all manner of strict and detailed rules, the Charity Law is already a step in the right direction. It is relatively detailed, containing more than 100 articles, and not that abstract. However, when a piece of legislation is put into practice, it requires the relevant administrative bodies to release more detailed measures and standards accordingly.

In this regard, there is no room for delay, since the Charity Law will go into effect shortly and contains more than 20 articles that relate to and clearly give leading authority to the MCA. This is different than in the past, when the responsible party was not identified. The MCA has gained great authority but also bears a much greater responsibility. In practice, directly naming specific departments is extremely beneficial to putting the law into force. Unlike in the past, I believe the implementation of the new law will no longer be characterized by an overreliance on broad principles, vagueness and a shirking of responsibility.

Grassroots organizations must “grow” to become more specialized and professional

Legal Weekly: While the Charity Law calls for promotional measures, such as government procurement of services, it seems that these resources have gravitated more to organizations with an official background in the past, while grassroots organizations have had difficulties obtaining funds. How do you think this particular problem can be solved?

When I discussed this problem with staff at the MCA they were also extremely distressed. Currently, many “grassroots” organizations have only a single social worker, so when procuring services for the elderly, children, the disabled or the mentally ill, it’s all done by that one person, all manner of services are provided by the same person and they are often entrusted by small organizations. Is that the path towards specialization and professionalization? It is difficult for the government to implement the purchasing of services. One aspect is that procurement itself is difficult, while another is that it is difficult for the civil affairs bureaus to implement procurement.

Therefore, people can’t just call on the government to be more fair. If small organizations simply keep repeating the term “grassroots” without specializing and professionalizing, the government has no way to purchase their services. After the implementation of the Charity Law, I’m afraid the difference between “grassroots” and official organizations will cease to exist. It is no longer an organization’s status but competition based on the degree of specialization and the ability to provide services that will be decisive.

This will require small organizations to study more, seek consultation, engage in training and welcome new challenges. I think the period after the Charity Law goes into effect will be a learning process for all of society that everyone needs to participate in. In fact, our civil society organizations and charitable organizations should improve themselves rather than rely solely on the government. I always remind people that the time to challenge ourselves has come.

Both government and civil society have to play their role

Legal Weekly: The Charity Law stipulates standards for the annual management expenses of public fundraising foundations while at the same time giving the MCA, the Ministry of Finance and others the authority to determine standards for the annual expenditures and management expenses of non-public fundraising charitable organizations. Do you think it is necessary for the MCA and others to release a corresponding policy to regulate this?

Wang Zhenyao: It’s possible [to release such a policy], but not necessary. Everyone understands that there are two types of foundations out there, operating and grant-making ones. In practice, many of those engaging in charitable work involving children and the elderly have high costs that can add up to 80-90% of total expenditures using basic accounting methods. When deciding how to deal with these foundations, however, it’s not suitable to hold open discussions and publicize new rules, since the public will have difficulty understanding these at a time when everyone still lacks experience. For now, we can only follow the regulations in the law, give the MCA the authority to handle special situations, report to the MCA when unusual matters arise and provide the public with professional explanations.

In about 3 to 5 years, however, as knowledge accumulates, I think society will be able to recognize clearly the difference between operating and grant-making foundations, making it best to issue more detailed regulations at that time.

Legal Weekly: Bringing the Charity Law to life requires a set of supporting policies, but the government also needs to avoid interfering too much with charitable organizations and their activities. How exactly should the government play its role?

In this interview translated from Legal Weekly, the director of the China Philanthropy Research Institute Wang Zhenyao talks about the potential impact of China’s new Charity Law on the country’s charity organizations.