“The situation has improved a lot these years,” said Tong, a Jingpo ethnic group woman from the Nongbing Village, “but there are still a lot of challenges with my son’s education.” Nongbing Village is in Mangshi, the capital of the Dehong Autonomous Prefecture in Yunnan, China. 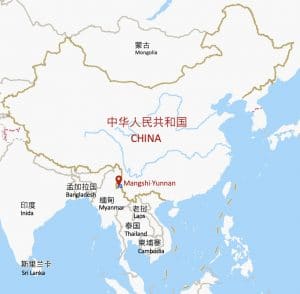 In China, the government requires every child to complete a six-year elementary education and a three-year junior-high education, all paid by the government. However, due to the geographical location and limitations in infrastructure, children’s education in Mangshi faces challenges. Mangshi is a mountainous area. People in Mangshi take primary sector activities as their main source of income. In addition, the city is relatively isolated from more developed cities due to limited transportation access; the economy in Mangshi is weak, especially in rural areas. In Mangshi, almost half of the population belongs to ethnic minority groups such as the Dai, the Jingpo, the De’ang, the Lisu, and the Achang. Among them, the Jingpo and the De’ang are two of the “Zhiguo ethnic groups.” “Zhiguo ethnic groups” refer to those who stepped directly from hunter-gatherer societies to a socialist society. Consequently, most parents never fully realised the importance of sending their children to public schools until recent years.”

Primary education in Mangshi has significantly improved in recent years. Since 2016, the central government has been dedicated to eliminating extreme poverty. The local government in Dehong worked hard to make sure that every school-aged child completes the nine-year compulsory education. Up until now, enrollment for both elementary and junior high school in Mangshi has increased significantly. According to the Bureau of Education in Mangshi, 99.91 percent of the primary school-aged children were enrolled in school in 2019; the middle school gross enrollment rate (for both local and migrant students) was 108.25 percent. Students from low-income households can apply for scholarships from the local government as long as they get admitted to senior high school. 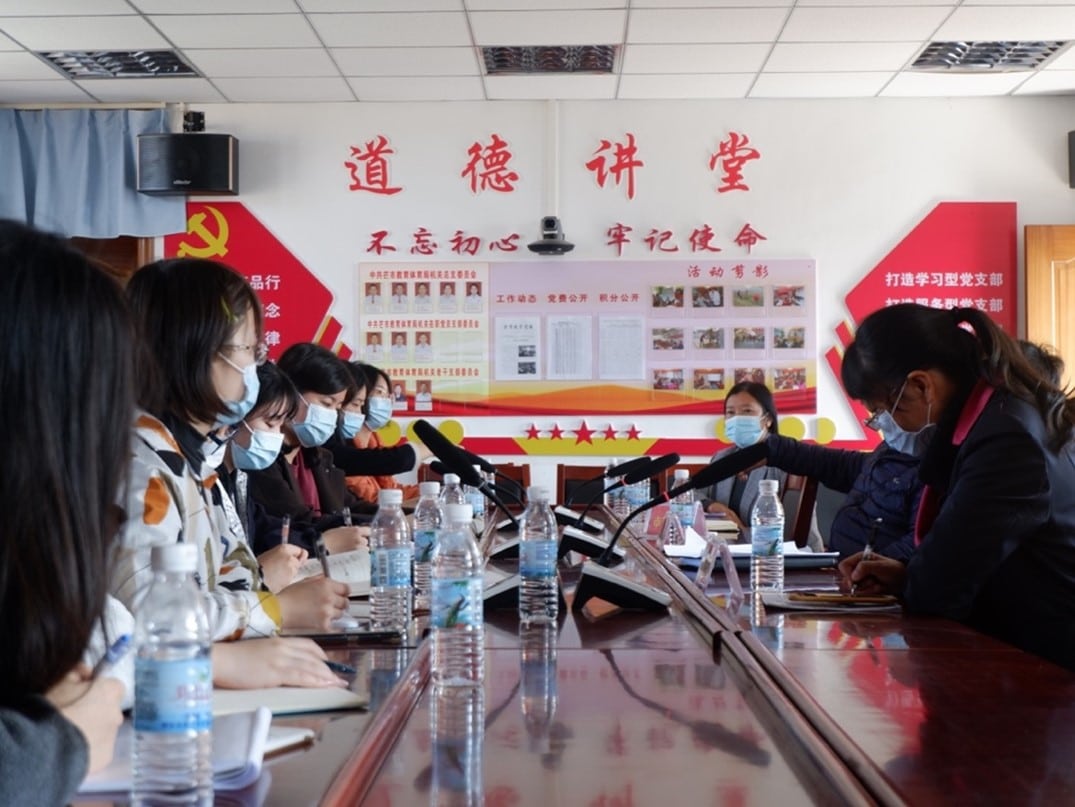 Meeting at the Bureau of Education in Mangshi. Credit: China House

Meanwhile, due to limited access to educational resources compared to more economically advanced regions, students from rural villages have obstacles in achieving good academic performance, which narrows the path to public senior high schools. One manager of a local educational NGO in Xishan county claimed that academic achievements were the common weakness of children in Xishan county due to little access to high-quality educational resources. But there are more options for students to strive for their personal development in addition to studying at senior high schools. “If life is a Marathon, then our kids are already behind from the starting point. However, except for a Marathon, life can also be a swimming competition or a rock-climbing competition.”

Vocational schools as solution for rural students in Mangshi

Fortunately, vocational education opens a door for students who have difficulties meeting the requirements of senior high schools. In China, vocational school is a type of secondary education institution that generally consists of 3-year programs, providing students with opportunities to learn essential vocational and life skills. Students learn specific skills such as vehicle repairing, hairdressing, and cooking in which they can use directly when entering the labor market. Those skills can also become their core competence throughout life. According to the Vocational Education Center of Mangshi, the employment rate of graduates from vocational schools has been stable, at over 98.5 percent.

Moreover, students normally spend one-third of their time in the program doing internships or apprentices to enrich their social experiences. “If we don’t go to vocational schools, we might work as porters or cleaners,” said a girl from Yingpan Village, who has already become a tour guide after learning at a vocational school and got her foothold in the society.

It is common for vocational schools to send students from Mangshi to Kunming, the capital of Yunnan Province, for internships and relevant training workshops. This has enabled many students to broaden their horizon and develop more insights into their career. “I want to go out to see the world.” said Pai, a 17-year-old boy doing an internship in a restaurant in Kunming, “I feel that I have learned a lot in Kunming. I have found my dream to become a cook.”

In order to further implement the central government’s plan for poverty alleviation and expand the influence of vocational education, the Bureau of Education in Mangshi has carried out the “East-West Collaboration Program” since 2017. This program allows students from low-income families to receive full scholarships for attending vocational schools in cities such as Shanghai. Students enrolled in this program can enjoy national, provincial, and municipal funding (including tuition fees exemption, grants, transportation subsidies, living subsidies, and other subsidies amounting to 16,200 RMB per student per year). So far, a total of 610 students have been sent and 98 of them have graduated and started working. This policy gives students from disadvantaged families more opportunities to see the outside world, motivating them to work toward a better life.

As the government is providing more funding to students in need, money has been less of a concern for families in rural areas. “Now there are almost no financial barriers to stop families from sending their children to ordinary senior high schools, vocational schools, or even colleges. As long as students can meet the basic requirements of grades, they could continue their study with funding or a loan,” said Long, a student in Xishan county who just went into college. 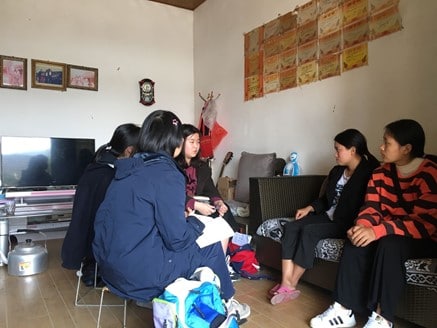 In addition to the financial support from the government, local NGOs are also actively exploring the area of vocational education. In Dehong, the China Vocational Education Association of Yunnan Province has been cooperating with local NGOs to develop new models of vocational education for rural students, especially those coming from low-income families. They provide students with tailored career development plans, literacy education, skills training, and frequent mental health counselling. This has brought new hopes to many students in rural Mangshi.

Challenges for Vocational Schools in Mangshi

Yet, vocational schools still face challenges. Like students in ordinary senior high schools and colleges, some students in vocational schools might have studied the subjects they are not interested in. In Mangshi, it is quite common for rural students to drop out of school and go to work because they dislike the course provided by the school.

A boy studying cropland engineering said that he never liked his major. “I’m not sure which job I will choose in the future— probably an excavator driver?” He believed that almost nobody in his class chose the major because they “really like it.” “Most of us chose it because we were not sure what to choose, or other people told us that this major will lead to a promising future.” In fact, students in vocational schools have the chance to transfer course within the first month after school begins. However, they do not pay much attention to this policy and some of them do not yet have a clear plan for the future. 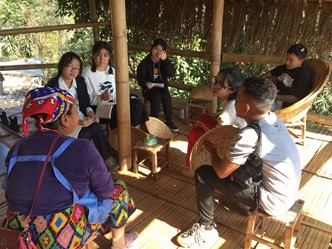 According to Lei, a psychology teacher from Mangshi Vocational Education Center, this is mainly due to lack of life and career plan planning. She thus plans to organize more courses on career planning to help students find their life direction.

Moreover, many of the students dropped out of vocational schools in faraway cities because they found it difficult to adapt to city life. “I met with a student who dropped out because there was no ‘Sapie’ (a traditional food in Dehong) in Shanghai,” said Mr. Lu, deputy head of Mangshi Poverty Alleviation Office. “There are many students like him. They don’t think studying is more important than having a familiar and comfortable life at home. Some of them will simply quit if they could not get used to the city life. This is the biggest challenge that we have now—it’s hard to change their mindset.”

In conclusion, vocational schools are helping more and more ethnic minority students in Mangshi gain core competency and broadening their horizons. However, as another choice for rural students, vocational education is still on the way to be improved.