The Chinese Design of the Charity Law 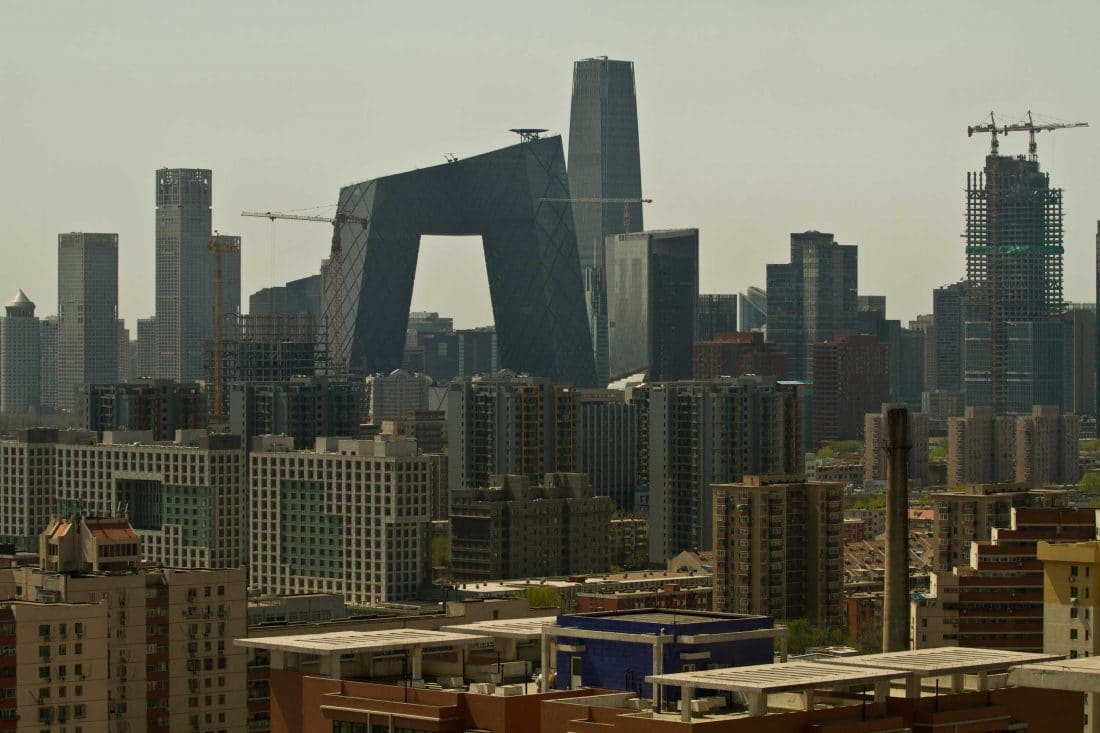 It’s a little over a year since the Charity Law was passed by the National People’s Congress (NPC). During its first year, 13 provinces and municipalities have begun accrediting charities and 260 national or provincial level social organizations have been crowned with ‘charitable organization’ status. Of them, 89 have already been granted the right to fundraise from the public. Before the Law’s passage the very notion of an accredited Chinese charitable organization did not exist, and the right to fundraise from ordinary Chinese citizens was the prerogative of a sparse few government-run or affiliated non-profits.

The Law is a departure from the old system of government management of social organization. The old system was characterized by opacity, the arbitrary and sometimes heavy-handed use of administrative powers, the strangling of competition, and patchy or selective implementation of regulations. On top of that, it failed to achieve effective regulation. The Charity Law is not a complete departure from this old way, nor by any means is it a perfect one, but it is a departure nonetheless.

Yet if 13 provinces and municipalities have begun implementing the accreditation of charities, this presumably means there are still 18 that haven’t. Marking the Law’s first birthday is an opportunity to reinvigorate the debate about the Charity Law. And more than that, it prompts us to ask how we can join the effort to see it fully and effectively implemented. The life of the law is, after all, in its implementation. There are many in the international community who could contribute—NGOs and activists, scholars and experts, and actors like the Charity Commission for England and Wales. To contribute effectively we need to better understand the Law itself, its aims, and particularly those elements that may be difficult to understand without considering more deeply their Chinese context and design. The aim of this article is to begin this conversation.

A Law for Chinese Soil

At this year’s annual sessions of the NPC and CPPCC, Premier Li Keqiang promised to promote a culture of craftsmanship in China. “Quality,” said Li, “is born of craftsmanship.”

At the same sessions, Professor Wang Ming, Dean of Tsinghua’s Institute of Philanthropy, in his capacity as member of the National Committee of the CPPCC spoke of the need for a spirit of craftsmanship in the public interest sector.

The early buds of such a spirit can be seen in the Charity Law itself. The Charity Law is, in a way, part of a larger project to improve the quality of Chinese legislation. Back in 2013, Xi Jinping spoke of the need to bring China’s law up to date “practice is the foundation of law; laws must change as practice evolves” and the need to improve it, “the more you stress rule of law, the more you need to improve the quality of your legislation.” He spoke of improving legislative mechanisms and processes and expanding participation in the legislative process, crucially, to see that “different interests are better balanced, and legislation guides and promotes development.”

Over a decade in the making, the Charity Law, was hailed by many as a breakthrough case of ‘open door legislating’ as the process included the active participation of scholars and experts. Their participation brought layer upon layer of further experience and knowledge to assist legislators in crafting the Law.

The backdrop is one then of heightened attention to the quality and usefulness of legislation. As a fundamental part of this, even with their extensive knowledge of non-profit legal regimes around the world, legislators and scholars chose to make the Charity Law a work of China’s own design for Chinese soil.

The Chinese nature of its design runs through the very veins of this Law. It is not always immediately obvious, and sometimes only becomes apparent when we examine the lines of the Law and the deeper and often complex context within which they sit. Let’s take a couple of examples.

Article 1 states among the reasons for the Law’s formulation “to promote and develop a culture of charity.” Obvious content for a Charity Law, you might say. But we can ask two questions here.

First, what kind of culture is this to be? A little further on, Article 5 tells us the state encourages charitable activities carried out while practicing “core socialist values” and promoting the “fine traditional morals of the Chinese nation.” As context, of the many laws passed recently, including the General Provisions for Civil Law, it has been common to incorporate the need to practice “core socialist values.” This forms part of a wider endeavor to develop a certain kind of Chinese citizen (Gow, 2017).

Second, why did legislators feel it necessary to legislate on promoting a culture of charity? Article 88 tells us that the state will “promote charity culture and nurture citizens’ charity consciousness”; “schools should include charity culture in the content of their teaching”; and “institutes of higher learning are to train talent and conduct theoretical research.” These finer details suggest that this is truly a macro project to foster a modern-day culture of charity. Not just encouraging people to give their time and money, but actually getting people to internalize charitableness, so it becomes second nature. I’m thinking here, for example, of the intricate patchwork of charity goings on woven into the fabric of everyday life in Britain as a child in the 1980s and ‘90s—the charity dog walks, sponsored runs, summer fairs, Red Nose Day, charity concerts, bake sales. You might have your own patchwork. All exciting and lovely as a child. But on a deeper level it taught us without our even realizing it, that charity is everywhere. Charity just, well, is.

China of course has its own rich traditions of Charity going back thousands or years (let’s respectfully forget for now those who argue otherwise), but there is a reason for the need to rediscover and rebuild these traditions in the PRC today. How this Article is implemented will have a powerful influence in determining the future of Chinese charity, and perhaps even the values of its future generations. How will schools teach charity? How will universities train charity talent? Here, perhaps, are issues where foreign exchange might be truly useful.

We began by suggesting the Law is somehow a departure from an ‘old way’ of regulating social organization. This is essentially done by adjusting different relationships and delineating new rights and obligations. Let’s take an example of this.

The Law places the power to regulate online fundraising squarely in the hands of government. This is significant because it means the government is taking on a role that could otherwise be played by a kind of market-based competition. The Ministry of Civil Affairs (MCA) is charged with determining which online platforms can be used for charities to fundraise and can also establish its own platforms.

Why would legislators decide government, not the market, should regulate such a basic thing as who can legitimately provide an online platform for fundraising? This has been explained by Zheng Gongcheng—an important member of the NPC’s legislative group for the Charity Law—as a response to a current deficit of trust that is more generally haunting Chinese society. The trust deficit creates an urgent need to guard against the related trend of fraud and deception, which itself exacerbates an already striking lack of trust in charities. Zheng admits that the need for such government involvement is not ideal and that this is designed with the present Chinese circumstances in mind.

This reasoning assumes of course that government regulation is better able to create a healthy environment of credible charities than open competition. But perhaps there is also a lingering element to this design of an older way of thinking that favors a significant layer of government mediation. A parallel might be drawn with the establishment of China’s socialist market economy.

The details of the legislative process also demonstrate the pragmatic indigenous thinking behind the design of the Law.

The extent and shape of the government’s role as gatekeeper to the right to provide an online fundraising platform was debated during the legislative process. In March 2016, on the verge of the Law’s passage, the NPC made a significant change to the power that was to be given to government.

The draft put before the members of the NPC that March gave civil affairs bureaus of cities with districts and counties the authority to establish or appoint fundraising platforms. They changed this, taking the authority away from local civil affairs bureaus and handing it solely to the MCA. What this may achieve is a more equitable balance nationwide. Had the power been given to the local level, it is conceivable that certain resource-rich cities would establish their own top online fundraising platforms that could eat up a sizeable share of the nation’s charitable donations for their own charities, therefore aggravating rather than relieving the problem of regional imbalances in development.

The change also avoids local-level civil affairs bureaus finding ways to favor their own pet ‘charities’ in fundraising. Social organizations with a strong government hue, and the tangled webs of relations between them and government, are very much a characteristic of China’s. At the last hour, the NPC had acted to limit micro-regulation on the basis of China’s particular circumstances, and in doing so may have paved the way for a more level charity playing field.

Chinese Charity after the Law

What we’ve tried to demonstrate here is that to find important niches where international cooperation might be useful in the development of China’s charity, it is imperative to understand the Law in its own social, cultural, and political setting. As the second two examples show, creating a level playing field for the ordinary citizen to be able to launch a charity and compete fairly against a former government-run behemoth is a complex but pivotal task. By examining the Law we can better understand the needs of implementation. In other words, before we ask “how we can help?” we need to ask “what are we trying to help to do?” And to answer that, we need to do a lot more to examine the Law and its context.

In the midst of the abounding commentary on China’s first legislation on charity, British researcher Holly Snape offers a unique perspective on the “Chinese characteristics” embodied in the design of the Charity Law.