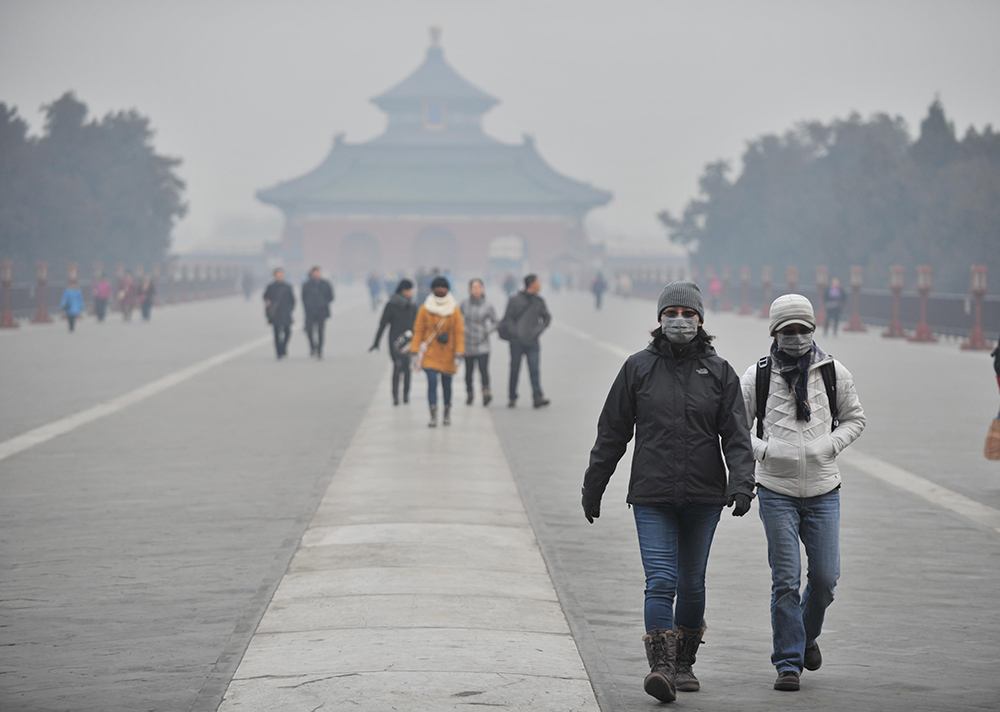 On March 30, the Ministry of Environmental Protection (MeP) released its first quarterly report for 2017 on the air quality inspections it carries out, finding a series of concerning issues. Between February 15th and March 18th, the ministry conducted air quality inspections in various cities across Hebei, Henan, Shandong, Shanxi, Beijing and Tianjin. In addition, they also conducted nighttime inspections and spot-checks at 8,500 companies, discovering that more than 3,000 of them had some sort of issue.

Among the issues, the report found inconsistencies in many companies’ heavy pollution contingency planes, which are designed to slash the amount of pollutants companies emit. One specific case revealed that a company’s contingency plan was copied word-for-word from another company’s, not even bothering to change some of the names in the plan. There were also contingency plans that had used outdated requirements from the 2014 and 2013 contingency plan templates.

The report highlights the issue that many areas in the Northern Chinese plains have implemented strategies to tackle air pollution, but much of it is essentially just empty talk. Among these are places that have acknowledged the need to reduce the use of coal-fired boilers, but in reality have made no progress in doing so. In addition, some local governments have implemented policies that promise to ban environmental violators such as those emitting black smoke or those whose emissions are too high. In practice though, many companies that exhibit such violations are still in operation. In Xingtai’s Hequ Village alone, there are more than eighty food processing companies that haven’t even installed emission-measuring equipment and are still in operation.

Another issue brought up in the report is that some companies simply refused the inspections, often through particularly unprofessional means. The companies that refused the spot checks and inspections were located in Beijing, Tianjin, Shijiazhuang, Cangzhou, Zhengzhou and Taiyuan. Furthermore, companies that cooperated with the inspections were often found to have fabricated data. For example, the report mentions a few companies in Shijiazhuang that deliberately distorted or fabricated their air quality monitoring data.

It is expected that these types of inspections and spot checks are going to increase in scale and frequency starting in April, with the goal of improving the management of air pollution in the so-called “Jing-Jin-Ji” metropolitan region (including Beijing, Tianjin and the province of Hebei) and the surrounding areas, some of the most polluted in China.

PrevPreviousFirst batch of overseas NGOs receive their registration credentials in Yunnan
NextInternational NGOs in China: Which Path to Follow?Next