Huang Hongxiang, a former Chinese journalist whose investigation was featured in the Oscar-shortlisted documentary The Ivory, has an ambitious plan to connect China with the world through China House, an education-based social enterprise that he founded in 2014. He spoke to CDB on the sidelines of the CDB Forum 2019, on November 11, about his views on the misconceptions towards China and how Chinese youth can help to break boundaries by participating in China House’s conservation and social projects in Africa, Latin America and Southeast Asia. 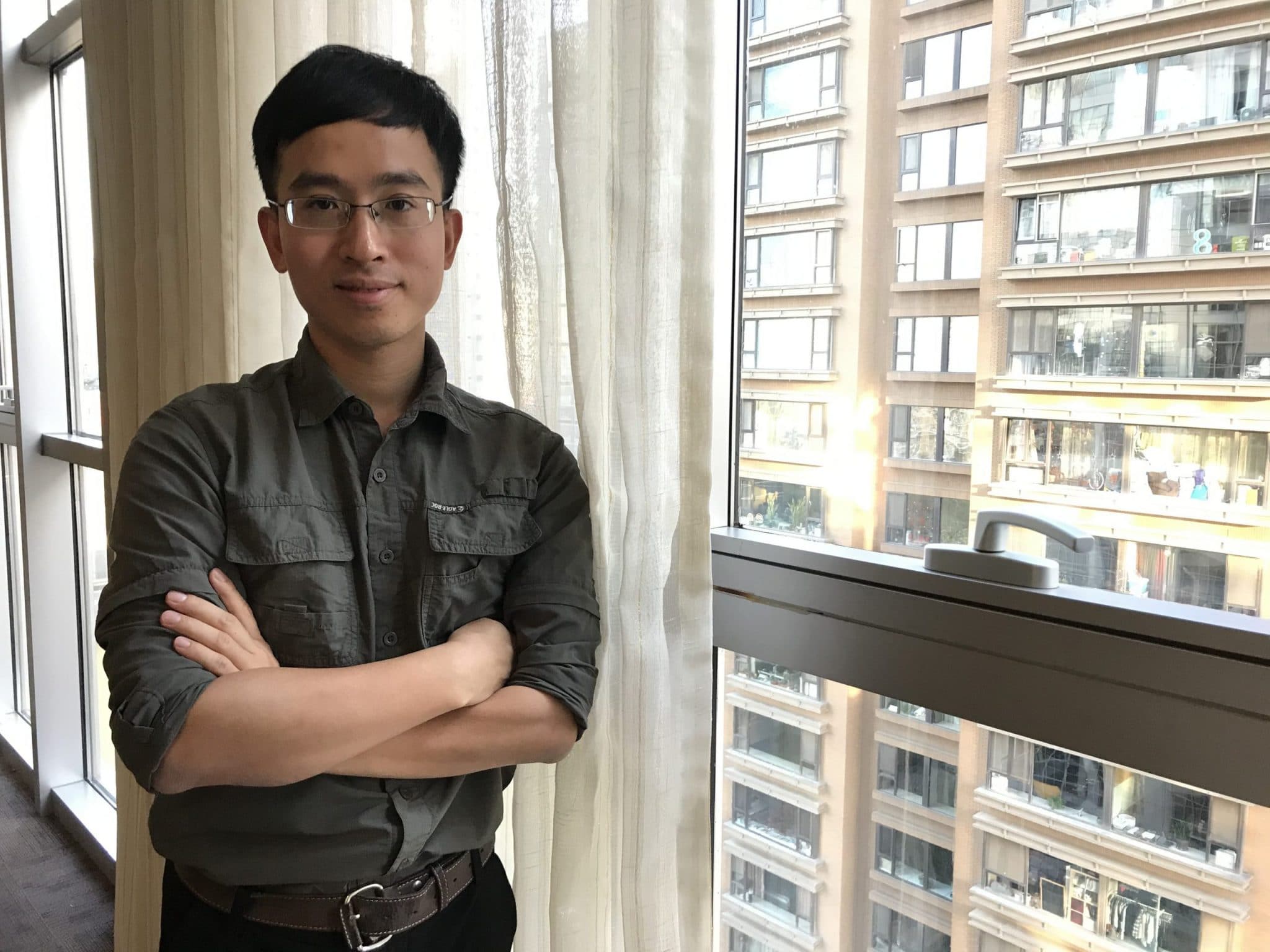 Huang Hongxiang, former journalist and the founder of China House, has a vision for bridging China and the world. (Photo: CDB)

Could you briefly introduce the background to China House?

Hongxiang: China House was established in 2014. At the time I saw the absence of Chinese NGOs in developing countries, the miscommunications between China and the world, as well as the lack of opportunities for Chinese youth to explore the world. We didn’t have much of a plan back then, all we thought about was bringing the young Chinese out of their home country. We are now a social enterprise focusing on global citizen education, aiming to cultivate a new generation of Chinese youth who are equipped with global vision, global competitiveness and an understanding of global citizenship through our programs. We hope that through their participation in international work, the new generation of Chinese youth can eventually play their role as the bridge that connects China and the rest of the world.

What are the must-have qualities of a global citizen, and from your point of view, the advantages and disadvantages of the Chinese youth to blend in with the world?

Hongxiang: There’s a big gap between China and the rest of the world, they are standing at the extreme ends of a room speaking in their own languages. More problems will arise if no conversation is initiated. So to be specific, we are cultivating “Chinese global citizens”, a new generation of young Chinese people with a deep understanding of China and the world. It’s about finding a balance. One of the must-have qualities for the Chinese global citizen is the openness to different views and cultures. For example, some Chinese believe that economic growth is always more important than environmental conservation, whereas people in many countries might have very different views on this topic.

Apart from that, Chinese global citizens should have global vision, they should understand concepts that are widely used internationally, for example the meaning of international organisation, NGO, and environmental conservation, and what these organisations are doing. They also should be equipped with the skills that are useful for them to adapt to an international environment, including communication and research skills. Both of these are skills that the Chinese are lacking, regardless of whether it’s in the government, the private sector or schools.

As for the advantages, the Chinese are generally hardworking, efficient and good at keeping the costs low. To be honest, I have been involved in some international projects which are mainly run by Westerners. I saw low efficiency in these organisations. Westerners might go straight to the bar after work, while the Chinese can continue working overtime. While Westerners ask to stay at fancy hotels and dine in fancy restaurants, the Chinese can achieve the same project impact at very a low cost. If more Chinese youth could take part in international work and apply the high efficiency that has been well-recognised in many of their overseas infrastructure projects, not only in China, worldwide sustainable development could hugely benefit from their participation.

As a Chinese deeply involved in international work, how do you overcome such cultural barriers and avoid falling into stereotypes?

Hongxiang: The more I explore the world, the more I realise the world is much more complicated than “right” and “wrong”, “black” and “white”, “good” or “bad”. Our students are taught to understand and accept the fact that people can live differently from us. There’s no such thing as good or bad, what we see in the world is the result of different demands under different circumstances. Even people in the same country might have different cultures and values, and what we should do is seek common ground.

CDB: I understand that China House has a very ambitious vision in bridging China and the world, but the website of China House heavily emphasises how the program could help participants get their entry ticket to world-famous universities. Could you tell us the reason behind this?

Hongxiang: Communication is all about speaking the same language. The readers of our Chinese website are Chinese students and their parents, so our contents are very much based on their needs. If you go to our English website, you will find more information about our research and projects, because the target audiences are overseas NGOs and foreigners. The same goes for our students. When our students conduct surveys on the rights of African workers in Chinese companies in Africa, they look at various angles and ask different questions when talking to different stakeholders.

You mentioned earlier that the Chinese youth who participate in your program could also be communicators for China’s Belt and Road Initiative (BRI), could you tell us some more?

Hongxiang: Some people have said that what China House does is promote a positive image of China, but this is not true. Instead of ‘promoting’ something, we teach student how to communicate with the world sincerely. When any questions about China or Africa are raised, we share everything including the negative and the positive sides of both places. What matters is to convey an authentic message to each side, not to promote anything. That’s why we include training about the BRI prior to departure, to make sure that students understand what the BRI is. That will be useful for them to figure out the reasons behind the reactions towards the Chinese in the local community. The BRI is the larger background to the whole “Chinese Going Out” movement, understanding the progress and the challenges that the BRI faces is very important for Chinese youth in their going-out attempts.

The following is stated on your Chinese website: China House aims to lead the Chinese youth to contribute to international sustainable development so that the world will like the Chinese more. My question is: why is it so important to make the world like the Chinese?

Hongxiang: Like I said earlier, each country has their positive and negative side, but I feel that China’s international image is getting worse. The increasing misunderstandings towards China lead to hostile attitudes towards the Chinese and this affects the development of Chinese companies overseas. These misunderstandings are causing harm not only to the Chinese but also to the local people. When we say “making the world like the Chinese more”, it’s not about telling them how perfect we are, it’s about showing them the diversity of China. The Chinese are not different from people around the world, we are all human beings. It’s important to make people believe that the Chinese are also receptive and open to communication.

You said that the Chinese youth can play an important role in reducing misconceptions towards China so that Chinese companies can conduct their projects overseas more smoothly. Since we also know that many Chinese companies are heavily involved in mega infrastructure projects overseas, do you find a conflict between what you are doing now and what you advocated when you first started your career in the global south as an environmentalist?

Hongxiang: You can’t have your cake and eat it too. If you do mining or oil drilling, you will destroy the environment. When I first started as an environmentalist and investigative reporter, my goal was simple: how do I get Chinese companies out of the Amazon rainforest? But soon I realised that having such an attitude didn’t help at all. Chinese companies won’t go, and the local governments don’t want them to leave. I started to figure out a more rational and constructive way forward under the circumstances. Chinese companies can continue their operations, but by building better communication between different stakeholders, we can minimise the negative impact for the local community. It’s not a zero-sum game, it’s about finding a better common ground for all of us.

Last year, the Chinese government created the China International Development Cooperation Agency (CIDCA), an agency that aims to formulate strategic guidelines, plans and policies for foreign aid, and coordinate and offer advice on major foreign aid issues. Does the establishment of CIDCA bring any changes to China House?

Hongxiang:  Back in 2013 and 2014, we were always wondering why China did not start an agency similar to Peace Corps. If they had done, then most probably I would have got a job in such an agency instead of starting China House. To me the launch of CIDCA is a positive sign, it indicates that more government efforts will be allocated to foreign aid. I hope we will be able to work together with CIDCA in the future, however currently there is no such opportunity open to us.

In the future, from my point of view, China House will act as a supporting role for government agencies in terms of the development of foreign aid. That’s because, firstly, we are more flexible as a grassroots organization; secondly, we are a non-governmental organization, which means that internationally we tend to have a higher credibility. If the foreign aid projects are carried out by the state, they are likely to spend more effort in order to achieve the same expected outcome.

Huang Hongxiang, the founder of China House and one of the main players in the field of Chinese investment and the related social-environmental problems in Africa, talks to CDB in this exclusive interview.