How Many NGOs Are There Really in China?

The conflation of the term “NGO” with the administrative concept of “social organization”, a much broader category encompassing bodies that would not normally be described as NGOs, produces consistently inflated and misleading estimates of the number of NGOs in China.

What is the total number of domestic NGOs in Mainland China? The country’s vastness and the varying definitions of the term NGO mean that a definitive answer to this question will probably never be given, but this has not stopped analysts from trying to come up with estimates. Very large numbers are often quoted, in the hundreds of thousands or even the millions, but rarely does anyone conduct a serious analysis of the reliability of such figures.

When foreign observers offer estimates of the number of NGOs in China, they tend to base themselves upon the number of “social organizations” (社会组织) that have officially registered with the country’s Civil Affairs departments. By way of example, in December 2016 the Brookings Institution published an article entitled “The State of NGOs in China Today“, authored by four academics, Carolyn Hsu from Colgate University, Fang-Yu Chen from George Washington University, Jamie P. Horsley from the John L. Thornton China Center and Rachel Stern from the University of California Berkeley. In its first paragraph, the article essentially equates social organizations with NGOs, and then provides an estimate of their number: “By contrast, the “Charity Law” sets regulations for China’s domestic NGOs—which the country dubs “social organizations” — and took effect on September 1, 2016. Roughly 675,000 of these organizations are currently registered in China, with estimates on the number of unregistered social organizations reaching as high as 3 million.” (1)

An article appearing in the Diplomat in March 2016 entitled “China’s NGOs Go Global“, by Reza Hasmath from the University of Alberta, also attempts to provide a total figure. The author claims that “the number of NGOs in mainland China have increased dramatically in the past two decades“, and puts the number at half a million: “There are now approximately 500,000 registered NGOs in the nation, working in areas such as education, poverty alleviation, community development, environment and health.” (2)

A similar figure can be found in a piece entitled “Managing NGOs in China“, by Yongshun Cai, a professor of Social Science at the Hong Kong University of Science and Technology, published by Asia Dialogue, the online magazine of the University of Nottingham Asia Research Institute, in February 2017: “Given the constructive role of NGOs, the government becomes tolerant of them, which leads to their proliferation. The number of registered NGOs in China is estimated to exceed 500,000, and there are many more non-registered ones.” (3)

A recent blog post published on the Asia Foundation’s website in May 2019, entitled “Measuring China’s Nonprofit Sector“, provides an even higher estimate. Authored by Hui Fang, a program officer for the Asia Foundation in China, the piece opens with the assertion that nonprofit organizations in China have gone from being just over 4,000 in 1988 to 816,000 in 2017. (4) 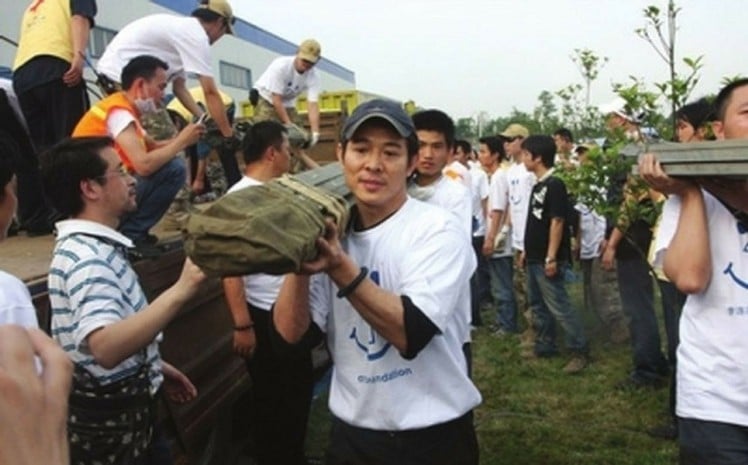 Chinese sources also tend to base their estimates of the number of local NGOs on the figures for officially registered social organizations, although some authors do make subtler distinctions. One attempt to address the question is made in an article by Professor Zhu Jiangang, a well-known expert on civil society from Sun Yat-sen University, published in July 2018 by Ifeng (凤凰网). Entitled “Ten Years of Transformation and Controversy in Chinese Charity and Philanthropy“, the piece was written on the occasion of the release of the Chinese Academy of Social Sciences’ “Blue Book of Charity 2018”. Since the first Blue Book was published a decade earlier, in 2009, the article looks back at the evolution of Chinese charity over the previous ten years.

Professor Zhu focuses on the two key-words of “transformation” (转型) and “controversy” (争议) as the defining features of Chinese civil society over the previous decade. In the part of the article dedicated to transformation, the following assessment is found: “Ten years ago, there were still very few non-governmental charities within the planning system. Even though there were purported to be already three million, eight million or even 22 million social organizations at the time, most of them had been set up by party or government bodies. Nongovernment organizations that are truly spontaneously created, self-governing and independent, which in those days we would call grassroots NGOs, were extremely few. What’s more, under the double management system in place at the time, this sort of organization would face the three predicaments of having insufficient legality, resources and capabilities.

However, over the past ten years, and especially from 2011 to 2015, thanks to the government cancelling the double management system, non-governmental charity and philanthropic organizations have gained a rapid development, and currently the organizations already registered with the Civil Affairs Departments are already more than 800,000, which is more than double the figure for ten years ago. These civil society organizations, including the frontline social service organizations, especially social workers’ organizations, went from initially relying solely on government procurement, to gradually moving towards a more diversified funding system to support their development; what’s more, nongovernmental foundations already overtook the government-run ones in scale in 2010, and today a majority of the over 6000 foundations are nongovernmental.” (5)

As we can see, in this case a distinction is made between government-run and nongovernmental charities, but in the end the figure provided for nongovernmental organizations is still “more than 800,000”, which is similar to the estimate found in the Asia Foundation’s piece. Such estimates are in line with official statistics on the number of social organizations in China, given that the Minister of Civil Affairs Huang Shuxian announced in January 2019 that the total number of registered social organizations had reached above 800,000. The question that is not often asked, however, is whether most of these organizations can actually be considered to be NGOs in the commonly used sense of the word.

In China the administrative category of “social organizations” actually refers to a very broad range of bodies, only some of which would fit into the commonly used definition of NGOs.

The term NGO in itself contains a certain ambiguity, since it could be taken to mean any association created by citizens rather than the state, but the most commonly used definition refers to organizations that provide charitable and humanitarian functions, advocate and monitor policies and attempt to address social problems or help people in need. In China the administrative category of “social organizations” actually refers to a very broad range of bodies, only some of which would actually fit into this definition of NGOs.

Social organizations are divided into three main kinds: foundations (基金会), social groups (社会团体) and private non-enterprise units (民办非企业单位), which however the Charity Law of 2016 refers to as social service organizations (社会服务机构). In practice, the last two groupings include not only independent non-profits dealing with various environmental or social issues and helping vulnerable groups, but also trade and professional associations, state-organized mass bodies like the All-Women’s Federations and trade unions, and private schools and hospitals.

A report released in September last year by Gridsum (国双数据), a respected Chinese company that provides enterprise big-data and AI solutions in China, offers some interesting data on China’s registered social organizations. Entitled “Report on the Development of Charity and Philanthropy in China” (中国公益慈善发展报告), it takes social organizations that are non-profit and “have a charitable goal” as its object of research. The report opens by acknowledging that the total number of officially registered social organizations in China increased dramatically over the previous eight years, going from just over 300,000 in 2010 to over 800,000 in May 2018.

Of course, these statistics refer only to charities that have officially registered as such. There is reason to believe that there are many more that remain unregistered, or are registered under different guises. In the past this was the norm, as the so-called “dual management” system by which NGOs would have to find a Professional Supervisory Unit (PSU), generally a government department, before they could register, discouraged many NGOs from going through the process of registration. Over the past decade, however, certain policy changes have made it easier for Chinese NGOs to officially register as social organizations.

Over the past decade certain policy changes have made it easier for Chinese NGOs to gain official registration.

In 2013 it was decided to allow “direct registration” without a PSU for four types of organizations: chambers of commerce; organizations focused on science and technology; “charitable and philanthropic organisations that provide support for the impoverished, help for the needy, support for the elderly, support of orphans, medical aid, support for the disabled, disaster relief, support for doctors or educational support”; and “social service organisations and social groups that provide community service support and similar work in order to fulfil the life needs of urban and rural communities”. The last two categories would of course cover a large number of NGOs.

While implementation of this rule has reportedly been patchy, it has still encouraged more NGOs to take the step of registering with the Civil Affairs departments. The passing of the Charity Law in 2016, and of the supporting documents and regulations, was also an important milestone from this perspective, since the law contains specific language promoting the registration of charitable organizations. 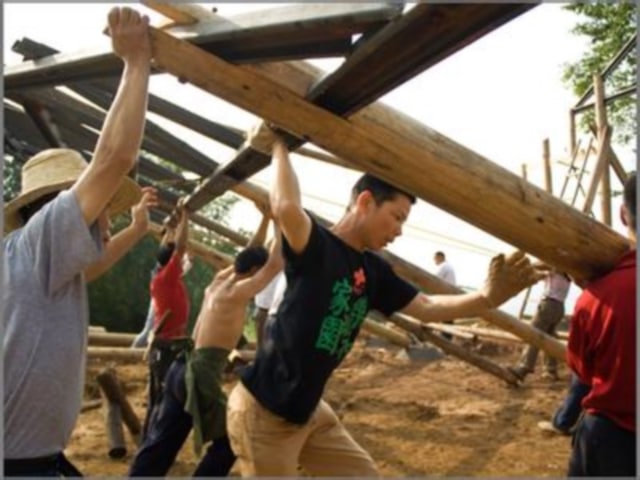 It is revealing to look at a 2018 report by NGOCN on the amicability of the policy environment for civil society and philanthropic organizations. The report was based upon an investigation conducted across 10 cities seen as particularly representative from the point of view of their general development and the vitality of the charity sector. 680 civil society organizations provided valid questionnaire responses as part of the investigation.

The proportion of unregistered civil society organizations among those included in NGOCN’s survey, 19%, is significant but not huge. It is of course hard to determine to what extent this may be the result of sampling bias, for instance due to unregistered organizations being smaller or less willing to take part in such surveys, or due to the fact that the survey was only carried out in 10 cities. It is quite probable that the true proportion of unregistered NGOs nationwide remains far higher. From this perspective, the total number of NGOs across the country may well be impossible to estimate with any precision. It is likely to be far lower, however, than the hundreds of thousands of organizations of which many observers speak.

There is little doubt that the NGO sector has grown enormously in China over the past decade, and will continue to grow. The growth in the number, variety and quality of local NGOs has been truly impressive. That is all the more reason, however, to remain realistic and not get carried away by inflated estimates of the number of NGOs in the country.

Observers often speak of hundreds of thousands or even millions of NGOs scattered across the country. But what basis do these estimates have?