Since the 1995 Fourth World Conference on Women held in Beijing, the government has shown increased awareness of gender equality. Very soon after the conference, “equality between men and women” was proposed as a basic state policy to enhance social development in China. Seventeen years later in 2013, “equality between men and women” was officially written in the Work Report of the 18th National Congress of the Community Party of China as one of the basic state policies. Accordingly, a set of laws and guidelines were revised or published to provide legal and policy frameworks for reaching gender equality, such as the Law on the Protection of Rights and Interests of Women, Population and Family Planning Law, Anti-domestic Violence Law, and Outlines for the Development of Women. Companies and institutions have begun introducing practical measures for gender equality, and gender studies are now part of social science and humanity curricula in universities and research centres.

But the Fourth World Conference on Women also held great significance as non-governmental organisations were observed alongside national leaders and the United Nations agencies in the conference, actively involved in the global gender equality movement. This had greatly encouraged NGOs in China which just emerged and were slowly on the rise.

Gender equality for the youth

Apart from programmes in the field helping marginalised women and young girls, Shaanxi Gender Development Solution (GDS) has a vision to promote gender equality among the youth. It has already launched programmes to help university students better understand gender equality, and now, the organisation’s director, Zhang Jun, reckons it’s time to reach out to even younger children. “Before, we mainly focused on introducing gender equality to university students, but now we want this concept to be offered to primary and junior high school students, and children in nurseries in the near future. We think it is crucial to talk about gender equality to children once they start to realise their sex.” 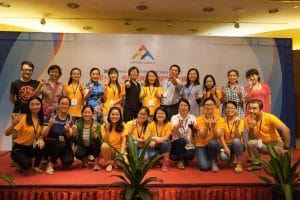 Zhang said conversations he had with young children at school gave him the idea for the initiative. “I asked children, ‘whose status is higher at your family? Your mother or father?’ Many children would say immediately, ‘my dad gives all his salary to my mum, so my mum’s status is higher than my dad!’” Zhang said children’s answers to his question reflect how adults view the connection between family status and gender equality nowadays. “People are still used to use financial indicators, such as a person’s income, to measure status and judge if men and women have achieved equality. But this is not an accurate way to view gender equality… As I stressed earlier, gender equality is more relevant to rights, freedoms, opportunities and capabilities. In a very wealthy society, women might still be placed at a subordinate position compared to men. In this case, wealth and economic advancement cannot represent gender equality.”

“To a great extent, economic advancement will help lift up women’s status,” Zhang explains. “When women have higher income, and are able to enjoy the benefits brought by economic advancement, such as more opportunities and resources, their social and family status is very likely to be improved. But economic advancement is not the same as better gender equality; no solid evidence shows that they have an absolute positive correlation.”

One possible reason people have established the connection between economic development and gender equality may be the stark contrasts in social conditions over time. Indeed, if women of young generations compared their lives with their mothers and grandmothers, they will see great progress within a time span of several decades. But with progress, can come a deep-rooted mindset that Zhang recognised earlier – that women are the “problems” and achieving gender equality is to help “solve women’s problems.” “For example, when nurseries were set up across China so parents could send young children there during the day, many people’s first reaction was ‘now, women do not need to look after their children in the daytime and they can do something else, so their problem has been solved!’ But is what people regard as a ‘problem’ here really a problem? Or should we not ask ‘whose problem it is?’ If gender-related issues are mostly viewed as ‘women’s problems,’ this kind of language will lead to blind spots for gender equality. On the other hand, language like this will help cover social issues linked to gender that are waiting to be solved,” claimed Zhang.

In addition, Zhang argues that comparing the past and the present will give people some insights on the progress that has been made, yet this vertical comparison cannot tell the whole story. Another comparison that people make much less is the horizontal comparison, namely, how gender equality has been displayed in different sections across society in policies, law, work, education as well as history, culture and social customs. “We should always ask, how these sections in society influence women and men? Are they treated with equal consideration? Will this affect the way that women and men view each other in society, work and family?” 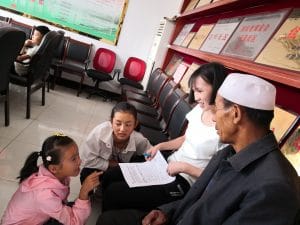 Based on the research results, it can be noted that children of younger age and staff who are teaching younger children tend to have better gender equality awareness. Zhang’s understanding of this that it is easier to integrate gender equality elements to school life during primary school, before the time students begin considering future career paths. But in high school, they will have the option of going to normal high school or vocational school after graduation. While thinking of their future careers, they may receive advice from teachers, parents or mentors based on conventional gender norms instead of being encouraged to consider abilities, passion, merit and character. This kind of advice is likely to affect their final decision.

To tackle this situation, GDS has prepared career planning workshops for students in high school. In these workshops, the very first thing students are asked to do is to think: who am I? Am I a boy or a girl? What can I do well? What profession might fit my personality? The materials used in the workshops are gender equality-focused which will help children to consider their future career by thinking beyond the box of existing gender norms.

But what about children of pre-school age? Zhang demonstrates it is important to engage these small children and their parents into gender equality education as well. “When children begin to form the notion of ‘gender,’ we should begin telling them about gender equality.” And this education should start with parents. “From giving children names to buying their toys, parents are giving children signals about their gender. Therefore, introducing gender equality to young couples will prevent them from passing unequal gender norms to kids from an early age.”

Another experience of working with women village leaders has confirmed Zhang of GDS’s plan to educate young couples and their children about gender equality. “One programme we did was in Heyang (in Henan Province) with the Women Village Leaders’ Association to help them search for better strategies to solve village issues. We did an analysis from a gender perspective to figure out these women leader’s needs and then realised that even though they were all in high positions, almost all of them had very low self-esteem. From the stories they shared with us, we can grasp the difficulties they had as leaders: less resources were given to them and they received more criticisms. And the main cause of these difficulties is because of their gender. So, what many of these women leaders do is to become very masculine, that is being aggressive, violent and short-tempered. They believe behaving that way will weaken their image as women and make men in the village listen to them, and sadly, most of the time, the reality confirms with their belief.” When Zhang and his colleagues asked the women leaders what can be done to solve the hard situation faced by them and prevent this from happening to the future generations, the vast majority of them responded with the answer: educating the young children. 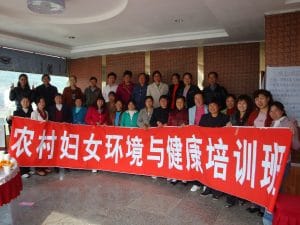 “Pursuing gender equality is never to solve issues of one gender,” said Zhang. “We have to make sure that we pay equal attention to the other gender, too.” Zhang stresses that women and men must both participate in this process equally. “Women need to grow confidence within themselves, and lead their movement to equal status, rights, freedoms and opportunities with men in every social aspect, never considering themselves as subordinate because they are born a woman.” As for men, Zhang said, they “should support gender equality through facilitating women during this process. Reflect on their mindset and behaviours, and see if there is anything may cause women to suffer and face more difficult situations than they would. Meanwhile, men should not limit themselves in the conventional gender norms, which in a way may benefit them, but in another way may trap them in a box too.”

Read the first part of the conversation at Gender equality is about women and men, young and old: Zhang Jun (Part I)