This report was originally published by SixthTone. Click here to see the original.

A lesbian mother of twins petitioned all 673 female members of the National People’s Congress on Tuesday afternoon, asking them to propose and support legislation giving unmarried women access to assisted reproductive technologies.

“Xiaochen,” as she prefers to be known to protect her family’s privacy, lives in Shenzhen in the southern Chinese province of Guangdong, just a stone’s throw from Hong Kong, with her female partner of 10 years. Though the couple already have twins, they want to see a change to legislation that permits only married couples to access donor sperm and technologies such as in vitro fertilization.

Though 32-year-old Xiaochen only started contemplating having children after meeting her partner, she firmly believes single women should also have the right to procreate. “It doesn’t matter what kind of family you have,” she told Sixth Tone on Wednesday. “Marriage is a social practice, but wanting to have children is a natural desire.”

As same-sex marriage is not legal in China, lesbian couples face the same barriers as unmarried women of any sexual orientation: By law, assisted reproductive technologies (ART) are only available to those who can provide an identification card, a marriage license, and a family planning permit. The restrictions leave unmarried women vulnerable to exploitation and malpractice by dishonest medical practitioners who provide ART to people who fall outside these regulations.

On Jan. 1, 2016, China implemented the two-child policy, relaxing family planning policies that for decades restricted many families to just one child. But experts predict that fertility rates are unlikely to increase to the level the nation needs to counter a shrinking workforce as its population ages. Commentators have said that the government needs to address the unequal burden of child care on women before many mothers will consider having second children. Yet the push for a baby boom has not been accompanied by relaxed restrictions on marriage.

“The two-child policy hasn’t changed anything for unmarried women,” lawyer Huang Yizhi from Ruikai Law Firm in Beijing told Sixth Tone. “Whether the regulations allowed one child or two, according to policy, you can’t have any without a marriage certificate.”

Not only do unmarried women lack access to fertility assistance, but they also face issues when filing their children’s hukou, or household registration — an important document that affects whether their children are entitled to health care, social support, and public education. Though national regulations in 2014 affirmed that all children are entitled to be registered, women who have children without a family planning permit, whether conceived through ART or a relationship, are still liable for a social maintenance fee — effectively a fine for violating China’s family planning policies.

“I don’t want other women in our position to have to go through what we did,” Xiaochen said.

The road to motherhood was challenging and circuitous for Xiaochen and her partner. After being rejected or swindled at several Chinese hospitals, Xiaochen finally went to Thailand to go through artificial insemination and IVF treatment. She became pregnant after the third try, then traveled to the U.S. to give birth to twins in February 2016. The process had taken years, and close to a million yuan ($146,000).

The couple had chosen for Xiaozhen to give birth overseas because they knew “illegitimate” children could face obstacles in China’s system, whereas in Los Angeles, they could have both mothers’ names recognized on the twins’ birth certificates. But without Chinese citizenship and hukou, their children will not be able to attend public schools in China.

“We could send them to an international school, but I don’t know if we’ll be able to afford it,” Xiaochen said. “I haven’t really thought about what we’ll do then; I’m just focused on bringing them up now.” 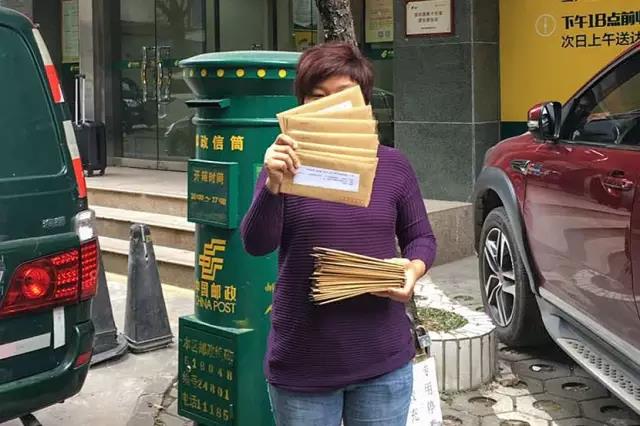 Xiaochen is appealing to legislators’ sense of compassion: “I hope that as a woman, and perhaps as a mother or someone who wants to become a mother, you can empathize with the sense of disappointment and loss women experience when they don’t have an open and lawful path to motherhood — and speak up for us,” she wrote in her letter.

The report found contradictions between provincial and national regulations, as well as a sexist double standard: While national policy stipulated that regardless of their marital status, men could voluntarily freeze their sperm if they had “reasonable medical requirements,” women were required to obtain a family planning permit — meaning unmarried women could not freeze their eggs in preparation for declining fertility.

Xiaochen hopes to see the restrictions removed, but she acknowledges that stigma against unmarried mothers may be more immutable than legal barriers. Even when unmarried women succeed in having children, they face discrimination from a society that still largely believes children should be raised within a heterosexual, monogamous marriage. “If you’re pregnant and single, people will look at you very strangely,” she said. “They’ll assume you’re a mistress or something.”

Luckily, Xiaochen’s own family is very supportive. Despite their initial shock — Xiaochen didn’t come out to her family about the nature of her relationship with her partner until she was seven months’ pregnant, though they had met her many times before — her parents have come to appreciate that she has formed a stable and joyful family. Grandparents on both sides help out with child care, and everyone is delighted with the twin girls, nearly a year old, who call Xiaochen “Mama” and her partner “Mami.”