Speculation of a looming African debt crisis in the wake of the COVID-19 pandemic has emerged as a new narrative. But Beijing-based consultancy Development Reimagined is aiming to reframe the conversation based on real solutions starting with their flagship project Africa Unconstrained. The project’s webinar series kicks off tomorrow 9pm CST with a Zoom event titled An African Monetary Fund – A Pipe Dream or a Necessity?

Development Reimagined’s CEO Hannah Ryder said the focus of Africa Unconstrained is “about the financing options for African countries and building up African agency in some way to be able to manage finances more independently, and in a better way going forward, to deliver on the Sustainable Development Goals.”

The project is informed by a report written by Grinsted titled “Reimagining the African Debt System” in which he introduces the history of debt – especially as it pertains to Africa, analyses the role of COVID-19, and identifies creditors, as well as 10 options for debt reform. “Three options have been used in practice in the past. Then there are a further seven options for the future. This webinar tomorrow is about one of them,” said Grinsted. “African founded institutions.”

“Africa is basically the only region in the world that doesn’t have its own monetary fund,” said Ryder who will host tomorrow’s webinar exploring the practical significance of what a wholly-owned monetary fund would mean for the continent’s development. 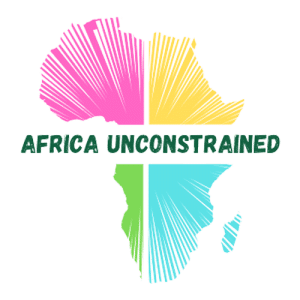 Dr. Donald Kaberuka, chairman and managing partner of SouthBridge, will be the keynote speaker. Kaberuka was formerly Rwanda’s finance minister and the president of the African Development Bank. Panellists will include Mavis Owusu-Gyamfi, executive vice president of the African Center for Economic Transformation, and Hadiza Gagara Dagah, director of Internal Audit EcoBank Niger.

A key focus is shifting the debate to solutions based in feasibility and which affirm African sovereignty while posing questions of what others can do to adjust structural problems in the international development system.

“We will be also incorporating and bringing in the Chinese perspectives and Chinese lessons learned into the future discussion,” said Ryder. “In the report itself, there’s very much an eye on China throughout,” said Grinsted. “When China does or could play a role, that’s also looked at and analysed within each option.”

“This flagship project certainly looks at the question of China and how China can also support African finance to become more unconstrained,” said Ryder. The webinar will be translated into Chinese and will be uploaded on Bilibili and featured on Development Reimagined’s WeChat Official account.