A conference on “international humanitarian work as a component of public diplomacy” was held at the Beijing Foreign Studies University on November 23. The conference was one of a series organised as part of the ninth “Beijing Forum” on public diplomacy, hosted by the university’s Public Diplomacy Research Centre. The theme of this year’s forum was “Public Diplomacy and Global Partnership Networks”. It was attended by over 100 representatives from the Ministry of Foreign Affairs, other government departments, universities, enterprises, think tanks and social organisations.

The conference on international humanitarian work was organised by the Beijing Peaceland Foundation (北京平澜公益基金会), a local foundation that conducts emergency rescue operations in China and internationally, and has carried out work in countries including Thailand, Myanmar, Nepal, Zimbabwe, Djibouti, Ecuador, Haiti.

The ex-Chinese ambassador to Eritrea and director of the Peaceland Foundation, Li Liansheng, gave the keynote speech on “the role of social organisations in public diplomacy as seen from the international activities of the Peaceland Foundation”. In his talk, Mr. Li commented that Chinese social organisation are already giving a broad and effective contribution to public diplomacy, but there is still space and potential for development, especially when it comes to the Belt and Road and the construction of a global system for medical aid.

Later in the afternoon, the chief editor of China Development Brief’s English website Gabriel Corsetti joined a panel discussion on the topic of “international organizations’ expectations towards the participation of Chinese civil society organizations in international aid work”. The other panelists were Wang Yalin from UNDP, Zhang Hongxia from Plan International, Peng Bin from Mercy Corps, and Fang Zhuoqi from World Vision. During the discussion, CDB’s chief editor introduced CDB’s work on Chinese NGOs working abroad, and took a question on how Chinese NGOs can best “introduce China’s story to the world”, replying that the best way would simply be to find projects that fit the organization’s mission and capabilities and then make as much of an impact as possible. 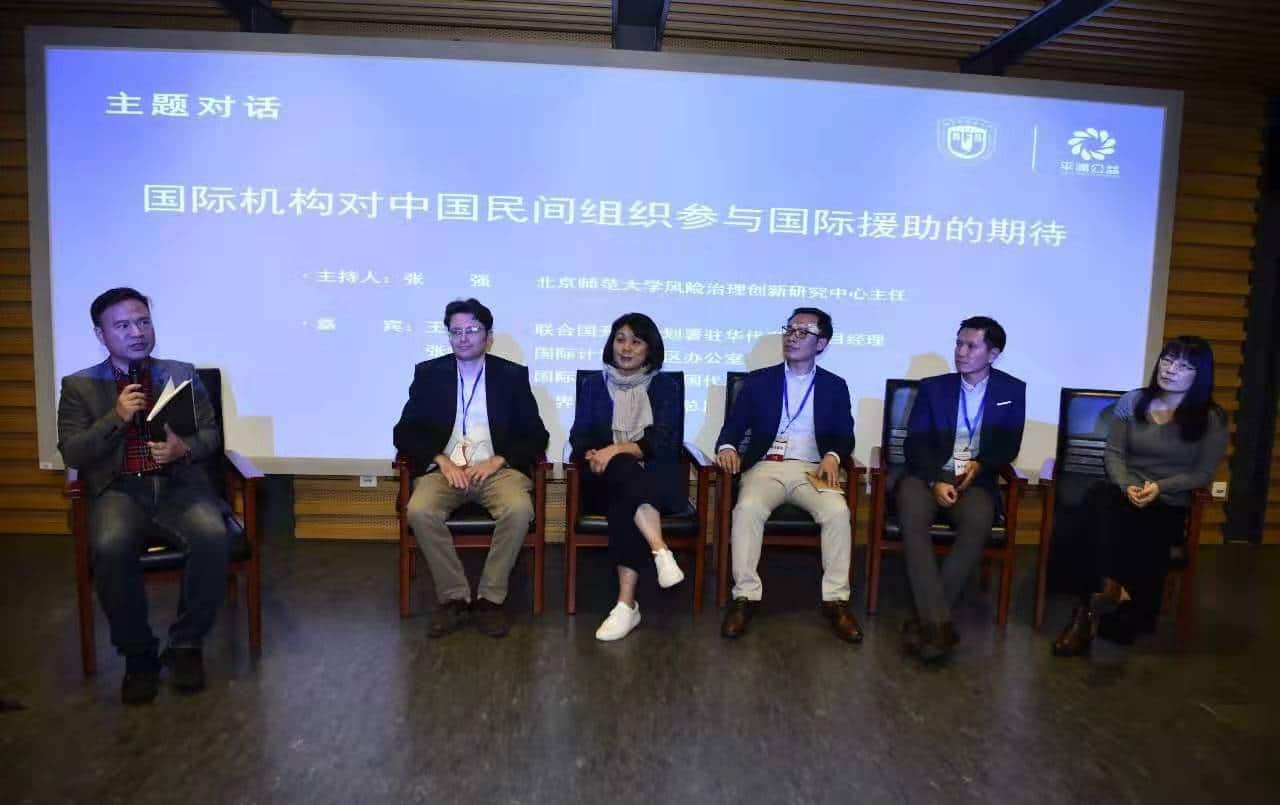 A photo of the panel discussion