This is an adapted summary of a report originally published by the “全民公益“ WeChat account. See the Chinese original here.

In Dehong Dai and Jingpo autonomous prefecture in Yunnan, a couple have put down roots in a village far from their own origins, creating miracles everyday for eigth years for the people who live there.

How hard is it to teach children in the mountains? Here, in a place the locals call the “magical house”, a young married couple has made life more exciting than can be imagined. Lessons with dancing, painting, wilderness exploration, puppet shows, hiking… When children are motivated enough run to class from 15 different neighbouring villages, it’s hard to believe that teaching in this place could be hard!

The husband, known by his Chinese name Le An Dong (乐安动), is a foreign language professor at Beijing Foreign Studies University, hailing from the Netherlands. He is a long way from home, but likes to say that he is a Jingpo person mistakenly born in the Netherlands. His first time to Jingpo was when he was studying his PhD. In order to better research Zaiwa (a language native to Jingpo) he travelled to the region, fell in love with the local culture and ended up staying for ten years. His research not only culminated in a 1700 page book, but he also immersed himself in the local life and was accepted whole-heartedly by the local people. He loved it there.

The wife is called Li Yang, an unmistakeable born-and-raised Beijinger who was an international lawyer and director of communications at an international environmental agency, working in skyscrapers in Beijing and commercial towers all over the world. 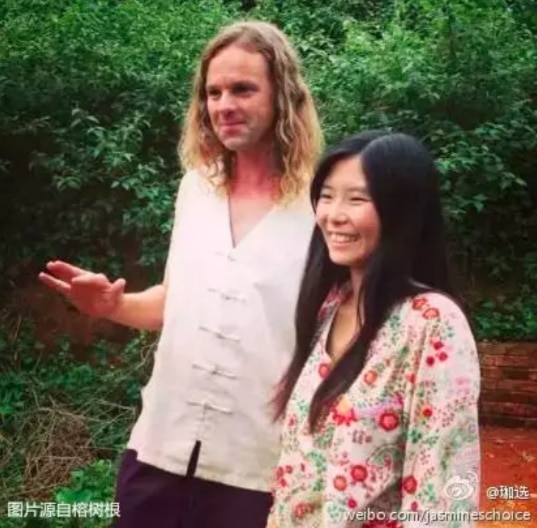 They had a happy life in Beijing but An Dong still longed for his old life in his true home of Jingpo. Li Yang thought about it, and considering she had never been to Yunnan she agreed to go and have a look.

After landing, Li Yang’s first thought was, the air is so fresh! Walking into the village, all the local old ladies who knew An Dong would invite him in to have dinner like he was their own son. On the road, children would run up to them laughing lovingly. With this kind of first impression she fell in love with the beautiful settings and richly cultured village too, just like her husband had done.

The native people of Jingpo are talented singers and dancers, and the children are also artistically gifted with a real eye for colour and talents for painting. Not only that, but the children can also catch fish, pick mushrooms, recognise medicinal plants and even climb mountains without a problem.

The children of the village loved this “big sister from Beijing” immediately. They would take her to play and in return she would teach them how to draw. Something that Li Yang noticed though, was that although the children had many talents by the afternoon they were sluggish and the children’s language and mathematics performance was particularly low.

It turned out that in school the lessons were too fast and the children couldn’t keep up, therefore their confidence had been shattered and they did not want to study. Over time these children then become the “bad students” in class and end up not listening in lessons, not doing homework and often skipping school.

The environment in which these children grow up is not especially good. Many of the older kids hang out in internet cafes and nightclubs, riding motorcycles madly after drinking alcohol. These bad habits are passed down from generation to generation.

Li Yang couldn’t ignore the situation any longer, so she and her husband decided to stay in the village and to try and help in some way. And ever since they haven’t stopped helping.

Using their savings, the couple bought a plot of land and started to build a house. They built a house filled to the brink with books, chairs, beds and even a fire place. The downstairs can be used as a library or a cinema, and there are also dance and art studios along with a kitchen and dormitories. Different kinds of learning and playing lessons can take place in it. Grades don’t show everything, and these kids have many other outstanding abilities that deserve praise and attention. Any children from the surrounding fifteen villages are all welcome in the house. 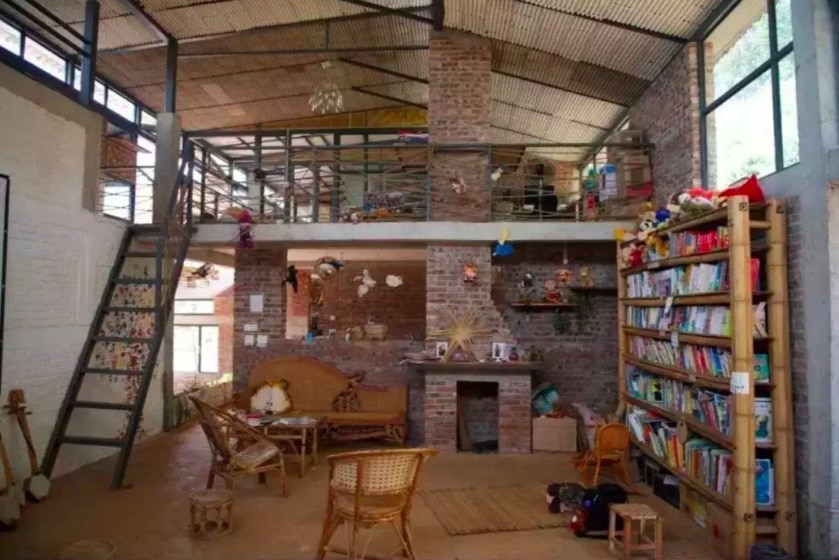 At the beginning not many kids came, but slowly this became a haven for the children. They frequently organised sleepovers and cooking dinners, tidying up the house like it was their own home.

The couple don’t force education and learning, but teach the children through fun activities with the aim to teach them that learning can happen throughout life, teaching them responsibilities and growth through experience. The children used to be scared of learning and studying to the point where some of the kids didn’t even want to draw, so using local resources the couple created new ways of learning through play. 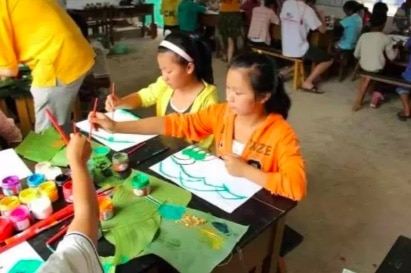 The couple also teach the children English, emphasising that it’s not about remembering the vocabulary forever, but remembering the feeling of achievement when at the end of the week they could sing an English song and hold a short conversation in English. English class isn’t just to learn English but to teach the children not to limit themselves.

The children also wrote their own books. At first if you told the kids to read a book they’d run for the hills, but after creating their own they found an interest and saw the beauty in reading. Through making their books the children had time to self reflect on who they are and how they want to live their lives.

A group of children put on a puppet show, starting from scratch. From writing the script to creating the backdrop, the children did everything themselves.

As the children develop into young adults the lessons they learnt at the school have become part of their lives.

The school now runs many activities, with international students from Beijing coming to visit and the children playing host for their guests. The couple also take them out of the village on trips to perform shows, showcasing their talent for dance. As the school became more developed they introduced careers education, allowing the children to interact with professionals in different fields, from dance tutors and artists to animal trainers in aquariums.

The couple also prepare the children to enter the wider society if and when they leave the village, through creative role play, teaching them how to deal with insensitive questions and comments that they might face in urban societies, teaching them to be confidents and how to have a positive outlook on life.

Many skills that kids growing up in developed urban areas don’t have, these children have learnt. Over the eight years children who could have quite easily ended up on the streets are now all over the country with prosperous careers as hairdressers, chefs, car mechanics, tour guides, designers, personal trainers and kinder-garden teachers.

The couple say they want to help as many of these children whose confidence has been beaten down by the formal education system as possible, to help the them have less worries and more peace. Walking the world with confidence comes from learning something from every part of the world.