A story from Project Hope

This is an abbreviated and slightly modified translation of an article originally published by 北京晚报, and re-posted by the WeChat account of the China Philanthropy Research Institute at Beijing Normal University on the 16th of August (find the original here). It recounts the story of one of the lives which were changed by Project Hope, a program started in 1988 to enable impoverished children to study which probably still stands as one of the most influential and well-known charitable projects to have ever taken place in China.

In 1991, China Youth Daily photo-journalist Jie Hailong took a series of photos which he entitled “我要读书” (I want to study). Among them, the most striking one shows a little girl: a pair of clear black eyes that really touched the heart of countless Chinese people; the desire and helplessness embodied in “I want to study” became the most vivid concern of the whole society.

Subsequently, this photo was selected by the China Youth Development Foundation as the symbol of Project Hope, and the fate of the “big eyes” girl was completely changed. Nearly 30 years have passed. Just like Su Mingjuan, the girl with big eyes, millions of other mountain children have left the mountains with the help of this student aid program, and have changed their lives through education. 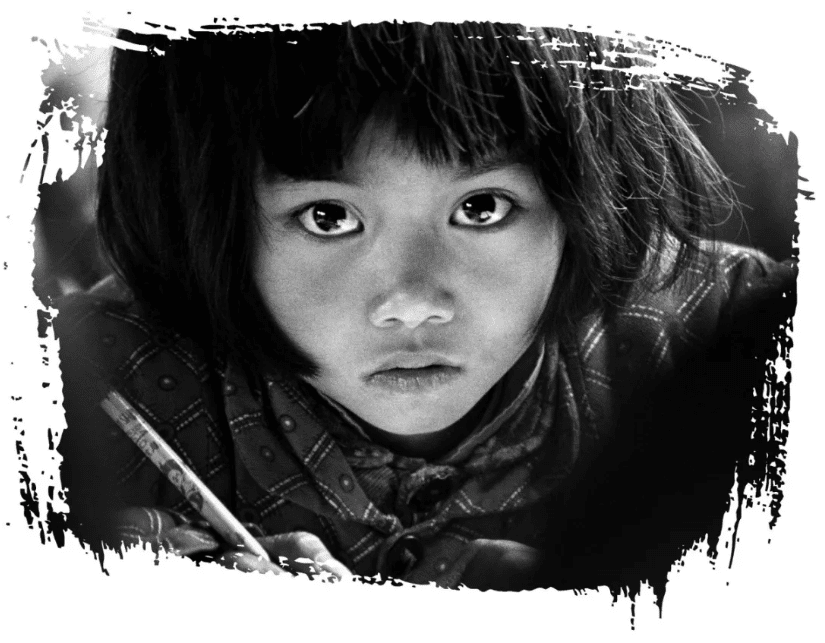 Zhang Shengli: the story of the first person helped by Project Hope

For 43-year-old Zhang Shengli, most of the first half of his life has been closely tied with the words “Project Hope”. In 1989, he became the fist person to receive an offer of assistance from Project Hope after sending out the first request for aid. After graduating from Shanghai First Normal School he turned down many requests and returned to his hometown in the depths of the Taihang mountains to become a mountain village teacher.

“When I was young, my family was very poor. There were six of us in total, my father was sick, my mother was mentally retarded, and I had my younger siblings.” Zhang Shengli was born in the village of Taomuyu, Dongtuanbao Township, Wuyuan County, up in the mountains.

In 1988 his parents fell gravely ill, the already hard life became even harder to cope with, and Zhang Shengli was on the verge of dropping out of school. At this time, he thought of the time when the Vice-Chairman of the Wuyuan County People’s Political Consultative Conference, Che Zhizhong, had visited the village; he had passed through the children in the village, exhorting them with the words “you must go to school”.

Feeling like he had no way out, Zhang Shengli wrote a letter to Che Zhizhong: “My parents are poor, they won’t let me study, but I still want to study, and once I’ve studied I can be like you, and become a person who can contribute to the nation”. These few lines changed his fate.

At the time, the Communist Youth League Central Committee and other organs had created the China Youth Development Foundation, and were preparing to launch a Charity Project called “Project Hope” to allow children who had dropped out of school because of poverty to resume their studies. With the help of Che Zhizhong, Zhang Shengli’s letter ended up in the hands of China Youth Development Foundation’s staff, and he became the receiver of the first batch of Project Hope subsidies.

October 17, 1989, was an unforgettable day for Zhang Shengli. On that day, he received the “Support for Study Certificate” from a member of the Foundation: he wouldn’t need to pay the school fees, and he would also receive a subsidy of 200 yuan – 30 years ago, this was an astronomical figure for Zhang Shengli. “It took me two years to find this 200 Yuan subsidy.”

After Zhang Shengli finished primary school, he hoped that the project would provide special bursaries for him to enter middle school. In 1995, with the help of the National Project Hope Training Center, he went to Shanghai First Normal School.

In 1997, he graduated from Shanghai Normal School. At that time, although he had numerous possibilities for the future, he resolutely returned to Taomuyu Village to teach. “I made up my mind to be a village teacher very early. I hope to use my own strength to change the fate of children who are in the same situation as I was”, he said.

When he returned, Zhang Shengli was the only teacher, but he still carefully prepared the lessons and tried all means to teach each lesson and each child well. Not only that, but he also managed to get poor children from other villages to receive a meal at the Taomuyu Primary School. In order to allow the children in the mountains to have a good learning environment, Zhang Shengli’s heart always had a wish – to build a Hope Primary School in the local area

After many efforts, with the help of the Beijing Railway Passenger Transport Corporation, in 2001 his wish was fulfilled: in the valley near Jianbanghe Village, Dongtuanbao Township, Wuyuan County, the Beijing Shengqi Hope primary school was completed; when the Taomu Geda primary school moved here, Zhang Shengli became the principal; in 2005, the Shengqi Hope primary school was merged, and Zhang Shengli was transferred to the Dong Tuanbao Central School to be the vice-principal. Today, Zhang Shengli has been seconded to the Wuyuan County Education Bureau to take charge of poverty alleviation.

Project Hope was initiated and implemented by the China Youth Development Foundation in October 1989. It has been the nongovernmental charity project with the most extensive social participation and the richest impact in China. The data shows that as of 2018, the Hope Project had received total donations of 15.023 billion yuan, subsidized 5.949 million students, assisted the construction of 20,110 Hope Primary Schools and 6,236 Hope Kitchens, built 31,109 sets of Hope Engineering Libraries and trained 114,306 teachers nationwide.

PrevPreviousDesigning “Lion Lights” for Kenya: a Beijing High Schooler’s Dream for Conservation
NextTranslated: how has the Charity Law affected the supervision of social organizations?Next