Unisex Toilets in China: the Debate

This is our translation of an article that originally appeared on the China News website on November the 10th. The article discusses the issue of unisex toilets, a number of which have recently been opened in Chinese cities.

The first unisex public toilet in Shanghai is expected to open in late November. These sorts of toilets have recently appeared in a number of Chinese cities, including Chongqing, Qingdao and Beijing. What do unisex toilets look like, and why are they built? We have carried out an investigative report to answer these questions. 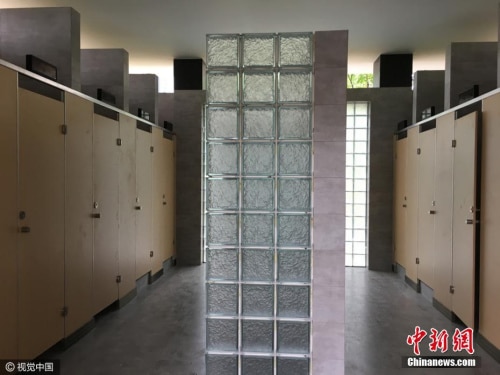 Recently the media reported that the first unisex public toilet had been opened in Shanghai. It is reported to include six cubicles with a sitting toilet and four with a squatting toilet, as well as some with male urinals.

What is the difference between this unisex public toilet and an ordinary one? Jiang Ruizhi, from the Technology and Science Information Department of the Shanghai Municipal Environmental Quality Monitoring Center, explains that in this toilet each cubicle has a larger area, and when people walk in they can see from the door if someone is inside a cubicle. Moreover the dividers between the cubicles are over 2.3 meters high, and there are no gaps between the dividers and the ground.

“There is staff on service to manage the toilet so that people’s security and privacy can be guaranteed, unless someone decides to engage in extreme forms of odious behaviour like premeditated voyeurism”, explains Jiang Ruizhi. In addition the toilets are also equipped with other features. For instance, music is constantly played in order to cover up embarrassing noises.

What is the point of building unisex toilets? Jiang says that building the first unisex public toilet is a pilot test to see if public resources can be allocated more reasonably. The aim is to decrease the probability of long queues in front of ladies’ restrooms.

As he points out, it is very common to see long lines of women waiting to use the toilet. According to statistics from the World Toilet Organization, on average people go to the toilet six to eight times a day. It takes women an average of 70 to 75 seconds to conduct their business, while for men the average is 30 to 35 second. Besides, the frequency with which women go to the toilet is 1.5 times that of men.

According to some media reports, it is expected that unisex public toilets will account for 20% to 30% of all public toilets in Shanghai’s city centre in the future. Jiang Ruizhi claims however that this statement is inaccurate. This first toilet is only a test, and whether there will be more unisex toilets depends on the performance of the trial and the feedback from the public. The various neighbourhood’s public toilet construction plans and their specific service objectives will also be taken into account.

While the first unisex public toilet is being put to use in Shanghai, several unisex toilets have also emerged in Beijing, where they come under the name of “gender-friendly toilets”.

The gender-friendly toilet project in Beijing was initiated by the Beijing Gender Health Education Institute. According to the project manager Yang Gang, the original idea came from the embarrassment of a male friend who liked dressing as a woman. The project is also motivated by the problems particular groups of people may face in this area. For instance, it is awkward for a parent to take a child of the opposite sex to go to the toilet.

Build them or scrap them? The debate on unisex toilets

Unisex toilets have actually had a long history and have been used in many countries. In China they have also appeared in other cities apart from Beijing and Shanghai.

It is reported that unisex toilets were built in Shenyang and Chongqing in 2013 and 2015 respectively. Most of them are mobile and environmentally-friendly toilets. Furthermore the first “third party bathroom”, in other words a unisex toilet, was opened in Qingdao this year. The design of “the third party bathroom” pays more attention to its level of practicality and comfort, with baby care units, sitting toilets for children and barrier-free facilities, in order to meet people’s special needs.

According to this journalist’s understanding, the initial aim of opening unisex toilets in different cities is to address the problem of women facing long queues to use the toilets, especially in scenic spots, shopping malls and other crowded places.

In China, unisex toilets are still a new thing that has not been completely accepted by the public. Therefore it is normal that the topic should arouse some controversy when it pops up again and again in the media.

Many people think unisex toilets should be abandoned. They argue that some people might be afraid to enter them, and this might result in a waste of space and a lack of privacy and security. They also believe that many people will feel embarrassed due to the habits of the opposite sex, such as the noises they make when they are using the toilets.

On the other hand, its supporters consider the unisex toilet to be a sign of humanity and progress, which can effectively solve the problem of long queues in front of female toilets. At the same time, it can also avoid the embarrassment of those who have to accompany children and elderly people of the opposite sex to a public toilet.

According to what some experts claim, the building of unisex toilets is a way of addressing an issue in  public service, and also a way to advocate for a social ideal. New problems may arise when it is tried, and it might eventually be replaced by other, better solutions. It is however still meaningful in that it provides more possibilities for our society, and it should be given the time and space to succeed.

Unisex public toilets are appearing in a number of Chinese cities. They can be seen as a way of providing more equality of service to women, and of being inclusive of those who don’t fit into the gender binary. This article from the China News website discusses the meaning of adopting such toilets, and the debate that has arisen around this issue.