2014 was a busy year for the public welfare sector in China. Message, changes, and trends emerging from government agencies, grassroots NGOs, and society all made significant impacts on the development of the sector. Below are the top 10 public welfare events in 2014 as chosen by the China Philanthropy Times (公益时报). The results are based on in-depth online survey and advice from related media, experts, and NGO leaders:

The Opinions, published in December 2014, is the first document enacted by the central government [Editors note: as opposed to laws, and documents from government ministries] to “guide, regulate, and promote” the development of charity in China since the founding of the People’s Republic of China.

One of the most resounding voices concerning China’s charitable organizations in 2014 came from Li Keqiang, the current Premier of China, who pointed out that philanthropic organizations should increase their credibility and accountability by having “transparent pockets”.

3. Legislation: The drafting of the Charities Act by both governmental and non-governmental organizations

2014 had seen five informal versions of Charities Act published respectively by five different research institutions. As for the government, Chen Xiurong, Vice-Chairwoman of the Committee on Internal and Judicial Affairs of the National People’s Congress, indicated that there are possibilities that the standing committee of the National People’s Congress would consider drafting the Charities Act in 2015.

The globally popular “Ice Bucket Challenge” had also gotten support from China, where people from all walks of life participated in the popular philanthropic event in 2014.

Jack Ma and Cai announced on April 25, 2014 that they will each develop a charitable trust using about 2% of Alibaba’s capital stock they own, which equals about 14.5 billion yuan according to Alibaba’s current market value. This could be the biggest promise of charitable contribution in 2014 if it happens.

6. Supervision by News Media and Public Opinion: Charitable organizations questioned by the media and internet crusaders such as Zhou Xiaoyun (well-known journalist and internet celebrity).

China’s charities faced more challenges and pressure from the society and the government in 2014. A more established supervision system, consisting of oversight by the media and the general public, is taking shape.

17 foundations launched their emergency plans within 24 hours after the earthquake hit Ludian county of Yunnan province on Aug.3, 2014, more NGOs joined the relief work in the following days under the supervision of the local government. The quick response and organized participation shows the significant improvement of China’s charitable organizations.

The new environmental law, revised on April 24, 2014, made clear that environmental NGOs established for more than five years and registered with departments of civil affairs above municipal level can be qualified to bring environmental lawsuits. This means that the threshold for NGOs to bring such lawsuits is lowered.

Released by the State Council on February 21, 2014, the Interim Measures for Social Assistance stipulates that local governments above county level should play an active role in social work and encourage the involvement of other organizations and individuals in social assistance.

PrevPreviousChina’s Engagement in International Development Cooperation The State of the Debate
NextInterview with Tony Saich: Philanthropy, Governance, and Future ChallengesNext 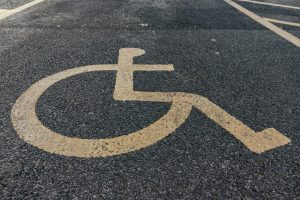