The Top Ten Stories of the Year in Chinese Civil Society

In July, China’s nonprofit sector was shaken by a raft of accusations of sexual misconduct, many directed at the founders and leaders of various organizations. Those accused by former colleagues included well-known figures, like activist for the rights of Hepatitis B carriers Lei Chuang and the founder of Free Lunch for Children Deng Fei. In response to the Lei Chuang case, more than 100 NGOs signed an open letter in which they pledged to set up anti-sexual harassment mechanisms. Soon after there was an avalanche of similar scandals in other industries, snowballing into a larger movement that completely eclipsed the first high-profile case in January, when a Beihang University professor was accused of sexual harassment by a former student.

While society as a whole is increasing its awareness of the problem of sexual harassment, the large number of cases of involving non-profits has highlighted the fact that this sector is by no means immune from the problem, and that a culture of impunity needs to be tackled within many organizations.

2) “Serve for China” ends up in the spotlight 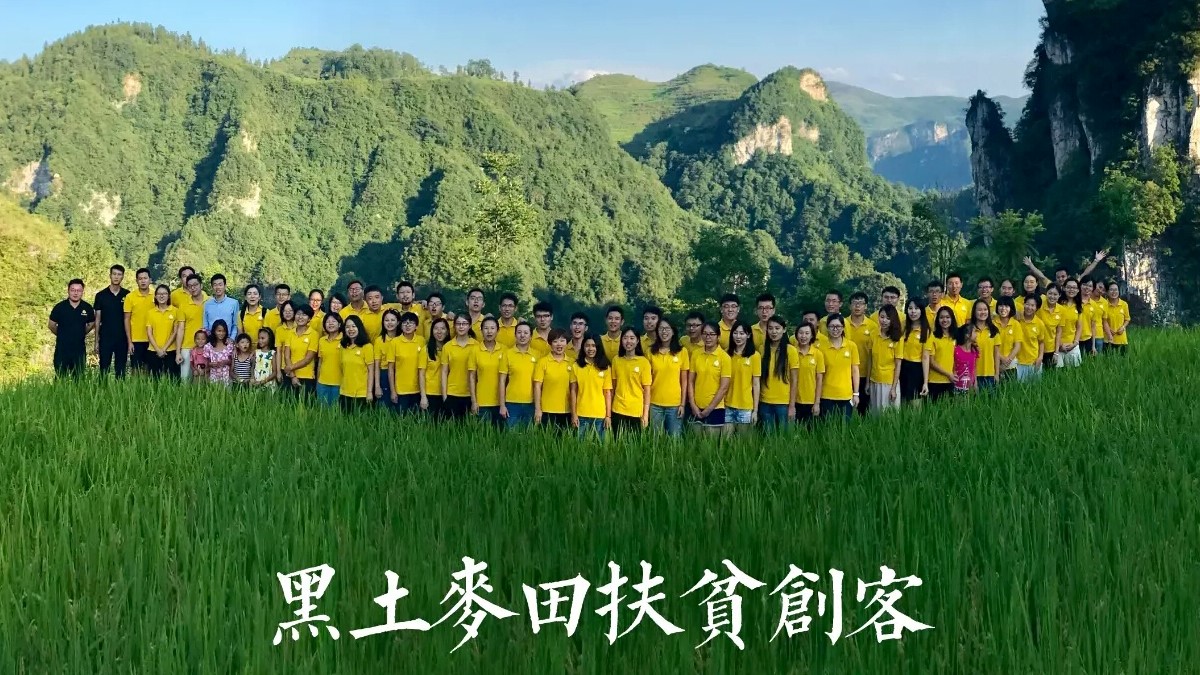 In late August, the non-profit sector was shaken once again by a series of accusations levelled at Qin Yuefei, the founder of “Serve for China” (黑土麦田), regarding ambiguous financial activities and a lack of personal and organizational transparency.

Qing Yuefei has attained much public recognition over the last few years, after the media started to focus on his inspiring life story: after graduating from Yale, instead of finding a flashy job in a big city he decided to become a village official in the remote countryside of Hunan. Eventually he was elected to the provincial People’s Congress, and then created “Serve for China” with the intent of helping Chinese villages get rich through their own resources, and attract graduates from prestigious universities to work on rural public services.

On the 20th of August however some of his former colleagues and volunteers published an open letter accusing him of engaging in suspicious financial dealings and unnecessary personal expenditures covered by Serve for China, of not respecting the rights of the organization’s volunteers, and even of misrepresenting facts about his life to the media. Other similar articles followed on its heels. Qin then published a statement in which he responded in detail to some of the accusations, and also explained that his organization was in the process of making substantial reforms.

Scandals like this one continue to reinforce the lack of public trust towards charities, while highlighting the need for organizational reform.

3)  New rules passed on what information charities must disclose 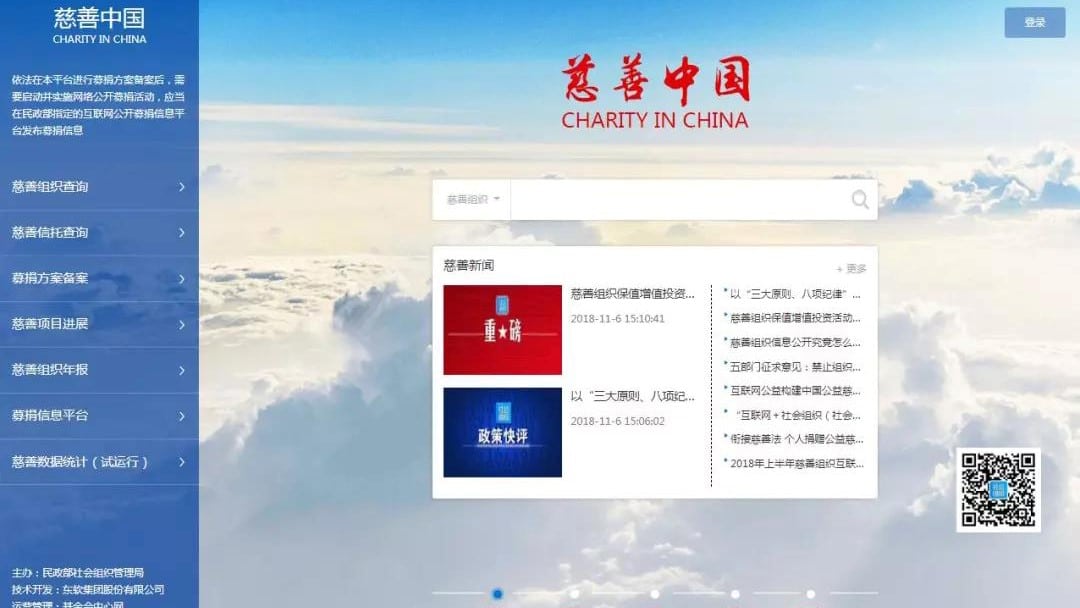 On the 1st of September, the “Methods for the Information Disclosure of Charities” was officially implemented. This document, drafted by the Ministry of Civil Affairs, clarifies the precise requirements under which charitable organizations have to publicly disclose information, particularly regarding their assets and donations. Although these rules are only applicable to organizations that have officially been accredited as “charitable organization”（慈善组织）, covering only a small percentage of non-profits in China, it is still seen by some as a step in the direction of ensuring greater credibility and transparency for the sector. 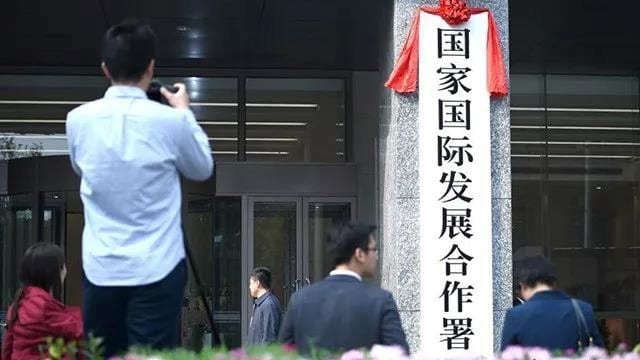 During the annual session of the NPC in March, it was announced that a new state-level International Development Cooperation Agency (IDCA) would be set up, integrating the responsibilities of the Ministries of Commerce and of Foreign affairs concerning foreign aid. In November, the IDCA released a draft of the “Foreign Aid Management Law” for public consultation. Although the establishment of this new agency doesn’t directly affect the charity sector for the time being, it shows the growing importance that the state attaches to its foreign aid programs, and in the long-term it may have a profound effect on the growing number of Chinese non-profits that work in other countries. 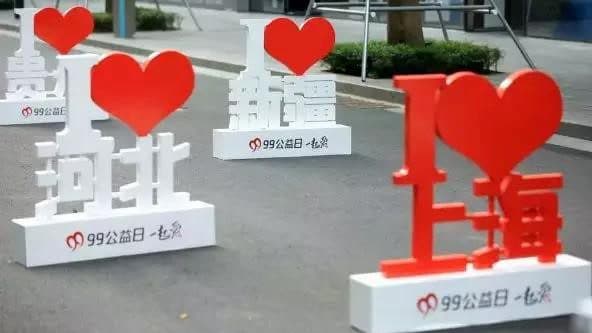 The fourth edition of Tencent’s 9/9 Philanthropy Day took place in early September. As expected, the final figures for the volume of donations are extremely impressive. According to data from Tencent, during the event’s three-day run more than 28 million individual donations from the public raised 830 million yuan through the company’s public platform, and more than 2000 enterprises donated 185 million yuan to support 5498 philanthropic projects. The Tencent Charity Foundation provided 299.99 million yuan in matching funds, and 100 million to a growth fund for philanthropic organizations. Total donations were thus around 1.414 billion yuan.

While the total amount of funds raised grew extremely fast over the first three years of the event, from 2015 to 2017, this year the increase has been much more modest, with a total of 1.4 billion yuan as opposed to 1.3 billion for 2017. This suggests that donations from the general public may have hit their peak. However the total number of individual donations was almost double that of last year, reaching 28 million. This indicates that the public’s willingness to give to charitable causes is by no means abating.

6) Tenth anniversary of the Wenchuan earthquake rolls around 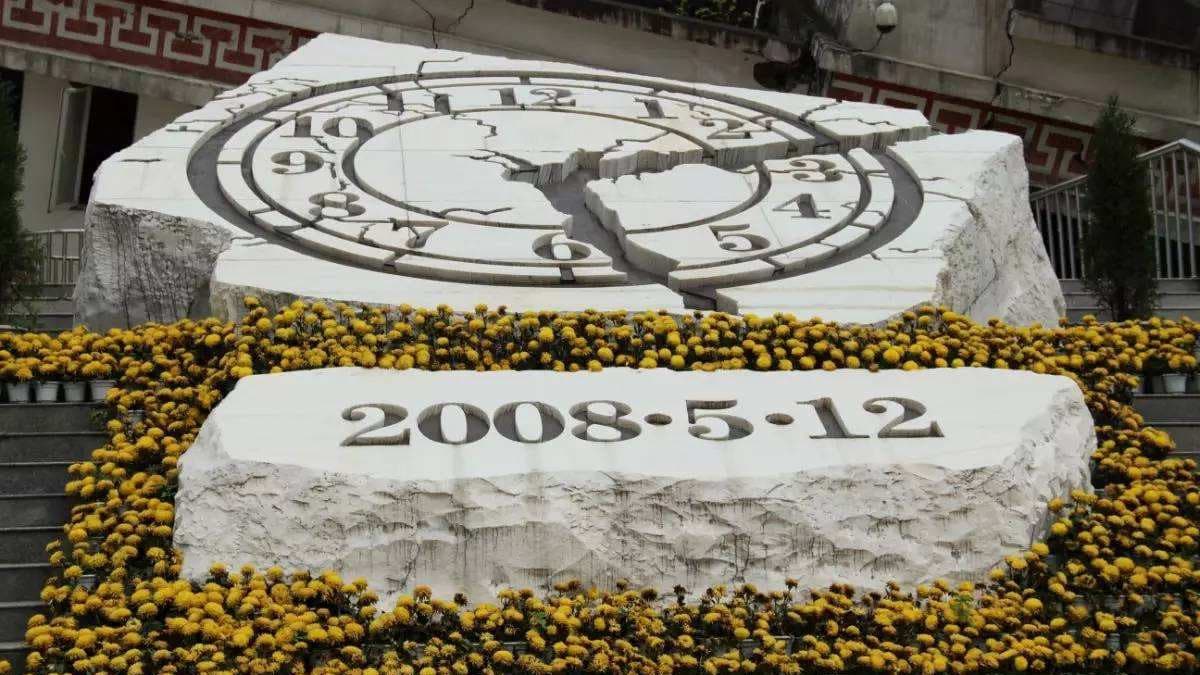 The 12th of May 2018 was the tenth anniversary of the terrible Wenchuan earthquake in Sichuan, in which dozens of thousands lost their lives. The 2008 earthquake is seen by many as a watershed moment for Chinese charity. Over the following days millions of people made donations across the country, many of them for the first time. The earthquake also created an unprecedented opportunity for grassroots NGOs to take action and show their worth on a public stage, as many groups rushed to the affected region to offer support, or raised funds and material to aid the victims. These efforts received the attention and appreciation of the public and government.

Around the date of the tenth anniversary, various events to commemorate the tragic event and civil society’s contribution to the rescue efforts were organized by China’s charity sector. 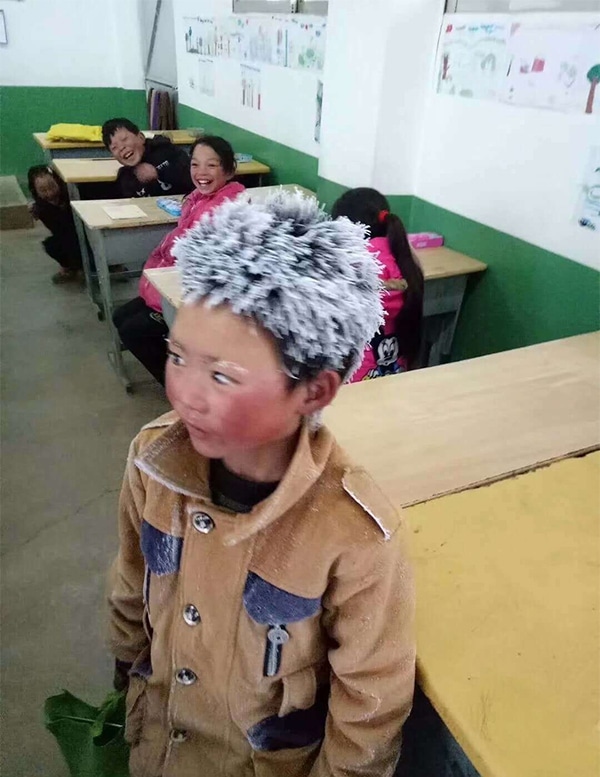 The photo of a little boy with his hair completely covered in frost after walking to school through the Yunnan countryside went viral on social media in the first few days of 2019. It was reported that they boy, Wang Fuman, is a left-behind child who lives with his sister and grandmother, while his parents live elsewhere as migrant workers.

The picture raised attention to the plight of left-behind children, and to the difficult living conditions in such areas. Very soon, internet users started to express an interest in donating some money. Within days, the Yunnan Provincial Committee of the Communist Youth League and the Yunnan Youth Development Foundation launched the “Warm winter for the youth  campaign” (青春暖冬行动). By the 15th of January, over 2,700,000 Yuan had been collected in donations. Much of the money went to the boy’s school, where it was used to build new dormitories for children who live far away and to provide a heating system. 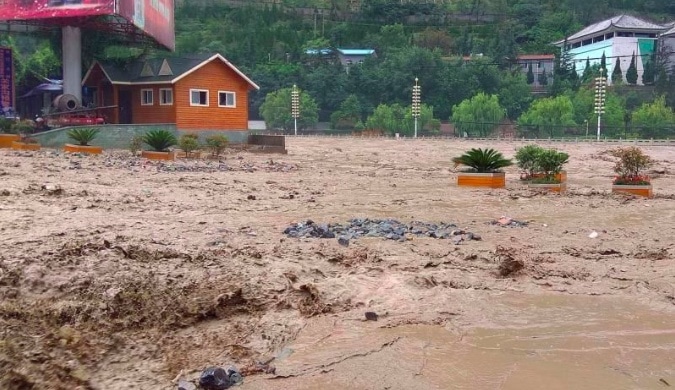 The year ended on a positive note for civil society, as the final verdict in the “Changzhou poisonous land” case provided hope for NGOs that want to initiate environmental public interest litigations.

The case was brought to court in 2016 by Friends of Nature and the Green Development Foundation against three chemical manufacturers in Changzhou, Jiangsu, accused of contaminating the local land. The first verdict in 2017 found in favour of the companies, and ordered the two environmental NGOs to pay extremely high legal costs. The final verdict however reverses this decision, recognizing the companies as responsible for the pollution they caused and requiring them to cover the plaintiffs’ legal expenses.

It became possible for Chinese environmental organizations to initiate public interest litigations in 2015, after a revised version of the Environmental Protection Law came into effect. While this final judgement cannot be seen as a full victory for the initiating NGOs, it still reverses the unfortunate first verdict, which would have seriously discouraged other organizations from initiating litigations of this kind. From this point of view, it can be seen as a success. 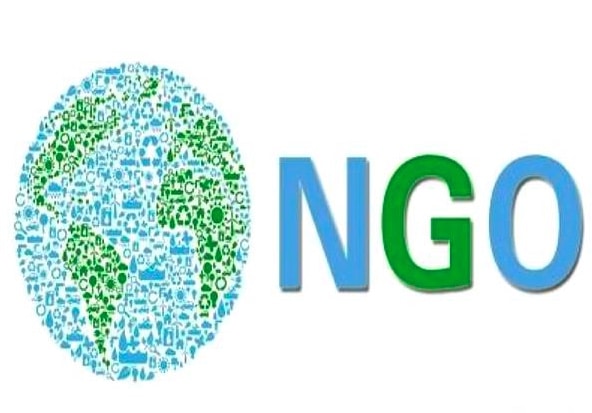 2018 was the second year of implementation for the “Overseas NGO Management Law”. The law states that overseas NGOs that want to operate in China have to register their offices with the Ministry of Public Security, or file to conduct “temporary activities” of no more than a year in length.

Over the course of the year, the total number of successfully registered overseas NGOs rose from 305 to 441. While many of these organizations are actually trade-promotion associations, quite a number of NGOs working in fields more traditionally associated with civil society have also been able to register in 2018, including for instance France’s Couleurs de Chine and Hong Kong’s Chi Heng Foundation.

While new registrations seem to be slowing down, there has been a steep increase in the number of filings for temporary activities, which have gone from almost 500 to 1381 over the course of 2018. With many overseas NGOs still finding it hard to register an office, it seems that this has turned into an alternative option for those wishing to carry out activities in China. It remains to be seen, however, how sustainable this will prove to be in the long run. 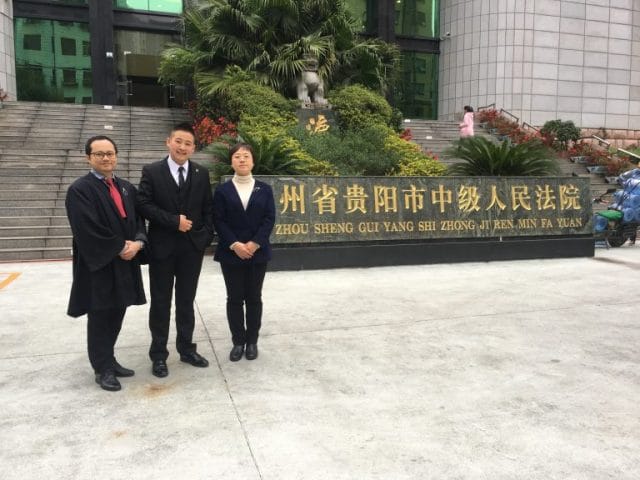 Another step forward came in February, when an appeals court in China’s southwestern city of Guiyang maintained an original verdict in favour of the plaintiff in the country’s first lawsuit over transgender discrimination in employment. The case was brought by a 30-year old transgender man who got the axe eight days after starting work for Ciming Checkup, a health examination centre in Guiyang, as a salesman in April 2015.

The court found that that the plaintiff’s equal employment rights had been infringed and that the defendant should pay a compensation of 2,000 yuan for his mental distress. It found that there was a lack of evidence that the defendant had been discriminated because of their gender, but at the same time it was stated within the verdict that “workers should not experience differential treatment based on their gender identity and expression”, and “an individual’s gender identity and gender expression falls within the protection of general personhood rights”.

“The verdict has laid a solid foundation for safeguarding the legal rights of sexual and gender minority groups in the future” was the comment of a legal researcher from Common Language, an NGO focusing on eliminating discrimination against the LGBT community, which provided both legal and community support to the defendant during the entire proceedings.

The ten most important stories of the year for Chinese civil society, from #MeToo to the “Ice Boy” picture.