Second edition of Tencent’s “9/9 Philanthropy Day” coming up, donations for hundreds of millions of Yuan expected

The annual 9/9 Philanthropy Day will take place from the 7th to the 9th of September this year. During the occasion, over 120 fundraising organisations and 4000 charitable programmes will be connected with the public through both online and offline channels.

The 9/9 Philanthropy Day was established in 2015 by the Office of the Central Leading Group for Cyberspace Affairs, the Bureau of Chinese Public Organisations Administration and the Tencent Foundation as well as other organisations, enterprises and celebrities. The donations for the annual event’s debut last year totalled over 127.9 million yuan. 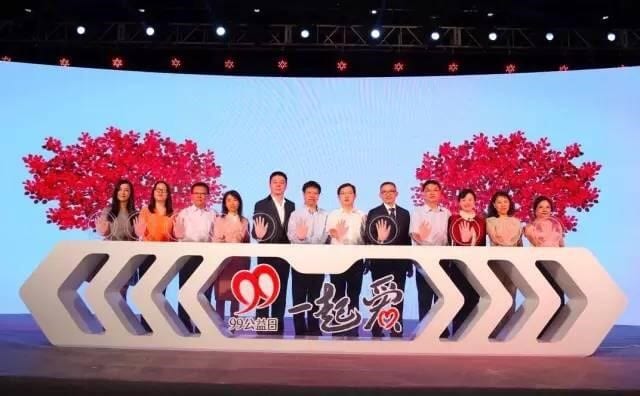 This year, Tencent will donate 199.99 million yuan, which will certainly drive more social groups to participate in the event and help build up the charitable sector in China.

One of the founders of Tencent and of the Tencent Foundation, Honorary President Chen Yidan, gave an address on the theme of ‘the Creativity of the Online Charitable Ecosystem’ at the conference. In his address, he pointed out that the internet and charity are naturally well-matched, and thus the charitable sector has the ability to constantly evolve and update itself. Chen also claimed that this is the best time to build up the Chinese charitable ecosystem due to the strong drive for creativity in China.

This year’s 9/9 Philanthropy Day will introduce a few programs aimed at specific sectors, including fashion charity, sports charity, game charity and film charity. These combinations will stimulate the spread of charity in more specific parts of people’s lives.

By August 2016, the number of charitable organisations registered with Tencent’s online platform was over 3000. Furthermore these organisations have undertaken at least 15,000 charitable programmes, with donors joining in more than 66 million times.

With the huge development of mobile networks, doing charity is now easy for all internet users. Examples in China abound, for instance ‘Donate Together’, an online donating product based on Wechat in which users can set their goals for fund raising, and share them with other users. As Chen Yidan concluded, ‘the 9/9 Philanthropy Day is gradually influencing more individuals, and from there the entire society. We have always believed that it all starts from every person doing their own little bit’.