A report on child sexual abuse in 2017 has been released by the Girls Protection Fund of the China Foundation of Culture and Arts for Children. The statistics were gathered from media reports based on cases heard by procuratorates at all levels, the public websites of courts, and some verified accounts on social media.

The release of the report is intended to focus the attention of society on the severe problem of child sexual abuse and the lack of preventive education. The report’s statistics only represent the tip of an iceberg, because of the difficulty in collecting and reporting cases of sexual abuse of children. Therefore the report also hopes to stand as a caution for the improvement of laws and policies in this area. 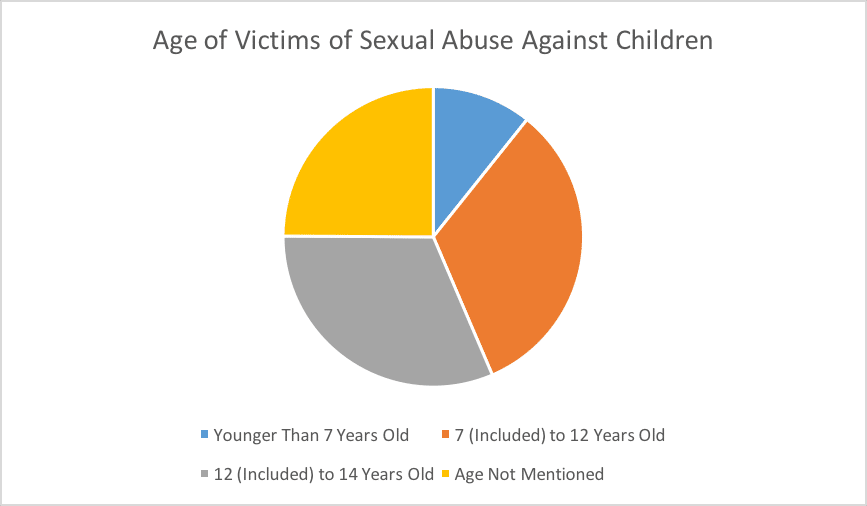 The statistics on the gender and age of children suffering from sexual abuse call attention to the sexual education girls and boys receive in school.

Child sexual abuse occurring in urban areas made up 64.81% of all cases, revealing the fact that more attention is paid to urban children and the guardianship system is more complete, so that child abuse cases will be noticed and reported more easily.

Out of the total 378 cases, it was acquaintances who committed the abuse in 209 cases. This should draw attention to the need to teach children to be cautious of abnormal behaviour from their acquaintances. 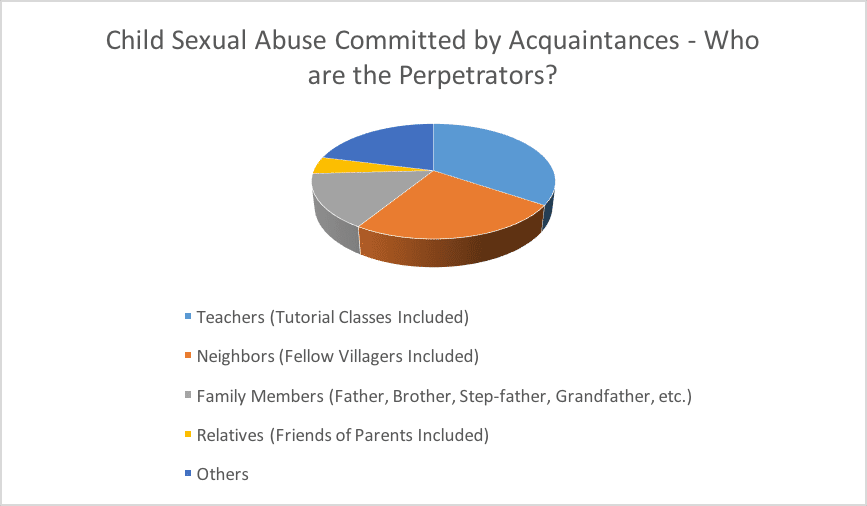 The fact that 120 of the perpetrators committed repeated abuse suggests that many of the children’s guardians were negligent or unable to spot the abuse.

The survey discloses that 49.96% of urban children and 55.17% of rural children have never received any education on how to prevent sexual abuse. This year’s investigation also introduced the Girl Protection lectures conducted throughout China, from which more than 1.88 million children benefitted. Aside from lectures on sexual abuse prevention, the children surveyed also expressed their intention to inform themselves on the prevention of sexual abuse by reading books and studying online in the company of their parents and friends.

The report and the corresponding survey makes it clear that the severity of the current child sexual abuse problem and the children’s will to receive a sexual education should be addressed by the joint efforts of parents and all sectors of society in both education and legislation.