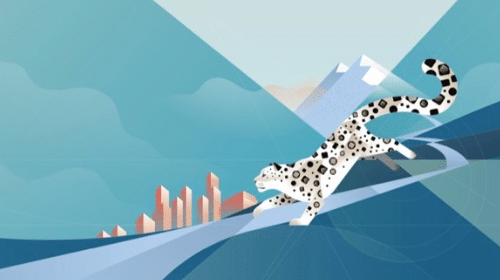 (All pictures are from the Status of Snow Leopard Survey and Conservation, China 2018)

This Tuesday a launch event was held in Beijing for a report on the status of snow leopard conservation in China, coinciding with International Snow Leopard Day.

The snow leopard is a large feline native to the mountain ranges of Central and South Asia. Covered in thick white or grey fur with black spots, it is a solitary animal that lives at high altitudes. It is listed as a vulnerable species under the IUCN, and currently there are only rough estimates of the total global population (the best guesses are at around a few thousand individuals). October 23 was made International Snow Leopard Day to commemorate the “Bishkek Declaration” on the conservation of Snow Leopards, signed in the Kyrgyz capital on October 23 2013 by political leaders from the 12 countries where this animal has its natural habitat, including China. China is a key country for snow leopard conservation, since around 60% of their habitat and a large chunk of the remaining individuals live on Chinese territory, mainly in Xinjiang and the Qinghai-Tibet plateau.

The report, Status of Snow Leopard Survey and Conservation, China 2018, was created by Snow Leopard China Network (雪豹保护网络), a conservation alliance made up of leading nature conservation agencies, research institutions and universities. Dr. Justine Alexander, a snow leopard conservationist and one of the authors, says that “this report emphasises a growing number of national organisations and universities working together on snow leopard conservation in China, however the challenge of scale calls for even greater effort in partnership with all concerned”.

Professor Lü Zhi from Peking University, the report’s main proofreader, stresses that “the report was completed by young people working in the first line of snow leopard conservation, who gathered and collected all the existing information. Even though there may be some imperfections, it basically reflects our current level of knowledge towards snow leopards and the present state of their conservation. What needs to be stressed is that this report was a collaborative effort by a number of organizations involved in snow leopard surveying and protection nationwide, and it really deserves praise.”

Another of the report’s authors, Dr. Xiao Lingyun from Peking University, claims that “due to the vastness of the territory, the habitat’s complicated socio-economic situation, conservation work for snow leopards has faced a lot of difficulties. Because of these challenges, as the first participatory national collection of data on snow leopard protection, the report inevitably cannot give a perfect answer regarding the situation of China’s snow leopards, and its writers could only sort out the existing data to the greatest degree possible. We can only express regret over its insufficiencies.” 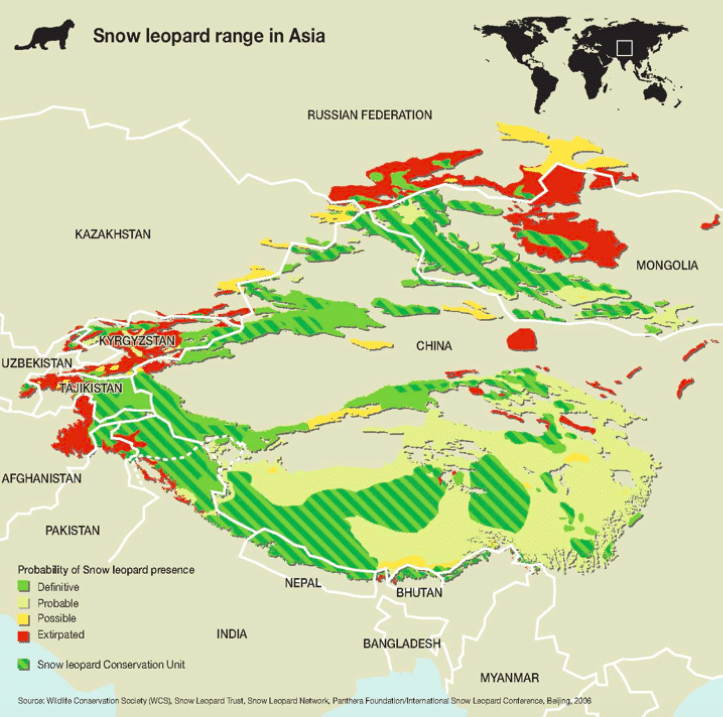 The report found that in the last two decades, along with the general enhancement of ecological conservation in China, some achievements have been made in the conservation of snow leopards. Starting from when Mr. Liao Yanfa and Dr. George Schaller conducted the first investigation on the distribution of snow leopards in Qinghai, Gansu and Xinjiang in the 1980s, a total of 57 research papers have been published in China on this topic between 1980 and 2018. According to the report most of the related literature was published after the turn of the century, and especially between 2015 to 2018, when 42% of all the papers were published. However, research on snow leopards is still lagging behind in contrast with other big felines like lions and tigers. 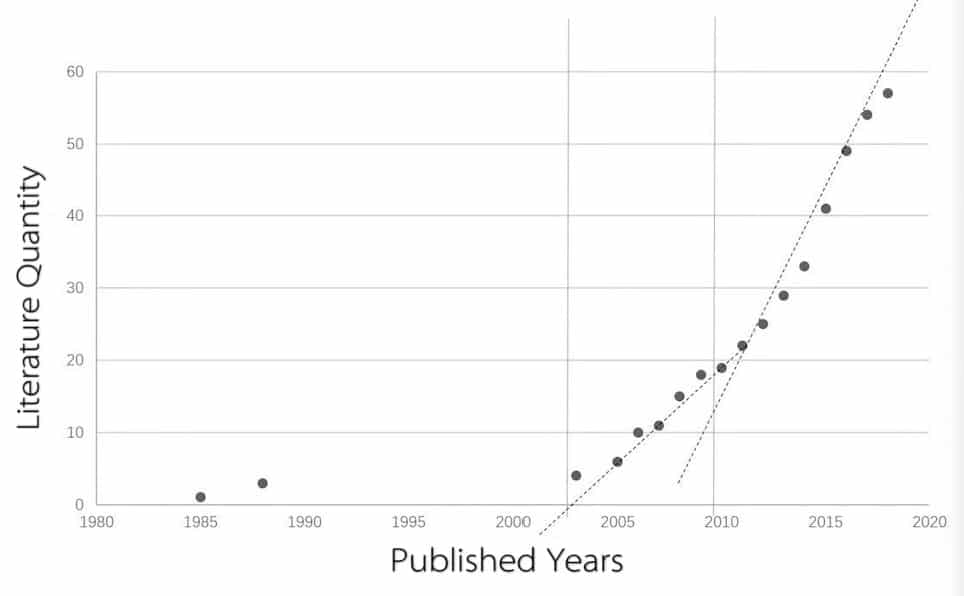 The most important issue, which all the snow leopard range countries confront, is a lack of basic data. According to the report, in spite of decades of research carried out by snow leopard conservation organizations, all the areas surveyed so far cover just 1.7% of the animal’s habitat in China, which is still far from the target of 20% proposed by the international PAWS (Population Assessment of the World’s Snow Leopards) initiative launched earlier this year. The two major areas that have not yet been surveyed in China are the Karakoram-Gangdise-Nian Qing Tanggula mountains in the southern part of the Qinghai-Tibet Plateau and the western part of the Tianshan Mountains in Xinjiang.

The report finds that most conservationists believe that hunting is no longer the most serious issue, and that the threats from mining and hydropower development have been solved effectively through environmental supervision, suggesting that China has provided a favourable environment for snow leopard conservation. However, snow leopards still face threats to their survival, stemming mostly from climate change, weak protection by local governments and a lack of community support.

According to these assessments and following the Shenzhen International Consensus on Snow Leopard Conservation 2018, the report’s authors recommend that China should complete surveys of 20% of the snow leopards’ national habitat, establish seven monitoring and management systems for key protected areas and five exemplary areas of community conservation, and complete provincial-level conservation plans for snow leopards in five key provinces within the next five years.