Over half of China’s elderly now ‘empty nesters’

On Oct 26, 2022, China’s Ministry of Civil Affairs held its regular fourth quarter news conference, where Li Banghua, deputy director-general of the ministry’s Department of Elderly Care Services, revealed that according to the latest survey results, more than half of China’s elderly population is now comprised of elderly individuals who are “empty nesters” (i.e., parents residing alone whose children have grown up and left home), with this proportion even exceeding 70 percent in some urban and rural areas. With so many elderly individuals living on their own without any children or other family members residing in or near the same residence, home-based care for the elderly is facing a number of serious challenges.

By the end of 2021, the number of seniors 60 years of age or older in China had reached 267 million, representing 18.9 percent of the country’s total population, with this number expected to surpass the 300 million mark during the 14th Five-Year Plan (2021-2025), rising to 20 percent of the total population.

“Eldercare services have become an important part of an active response to an aging population, with home-based eldercare being the conventional approach in our system for delivering eldercare services, as well as being the preferred choice for the broad majority of households and seniors,” Li noted.

In November 2021, the policy document “Opinions of the Chinese Communist Party Central Committee and the State Council on Advancing Efforts to Address Population Aging in the New Era” was released, which mapped out a detailed list of basic eldercare services, including various categories of services to be provided to different groups of elderly individuals. Meanwhile, the “National Medium- and Long-term Plan for Responding Proactively to Population Aging” explicitly put forward a proposal to establish a home visitation system for elderly individuals with special needs, aiming to offer monthly home visits to 100 percent of this group by 2025.

According to a set of guiding opinions released by several government departments, the government now plans a countrywide system for home visitation and care services for the elderly with special needs, which will be established before the end of 2023 and put into widespread operation during 2024. By the close of 2025, moreover, a monthly home visitation rate of 100 percent for the elderly with special needs will be achieved, while providing effective assistance to those needing daily living support and further strengthening the systems for delivering home visitation and care services.

The document also seeks to broaden the scope of home visitation and care services in accordance with each locality’s circumstances and – on the basis of individual voluntary participation – it gives priority to understanding the basic situation facing elderly individuals with special needs, including their health status. 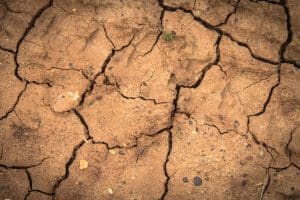