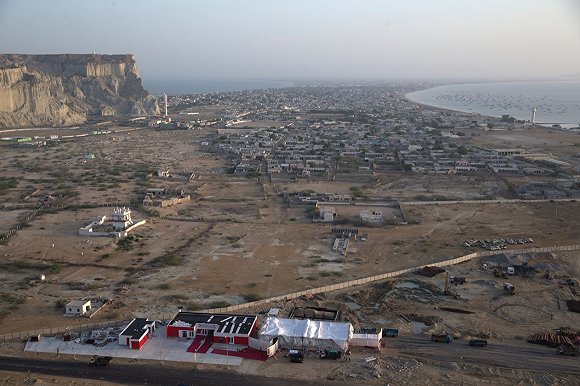 Aerial view of Gwadar, with the China-Pakistan Humanitarian Medical Emergency Center in the foreground.

On May 7, the China-Pakistan Humanitarian Medical Emergency Center opened in the southern Pakistani port city of Gwadar after receiving construction aid from the Red Cross Society of China. Gwadar is located at the southern end of the China-Pakistan Economic Corridor, a component of China’s much-publicised “One Belt and One Road” initiative. The economic corridor is an ambitious plan to link Western China with the Arabian Sea via massive infrastructure projects and special economic zones through Pakistan. The China-Pakistan First Aid Corridor is a subset of the project, aiming to provide disaster relief and humanitarian assistance to people along the corridor. The opening of Gwadar’s Humanitarian Medical Emergency Center marks the beginning of the proposed First Aid Corridor. 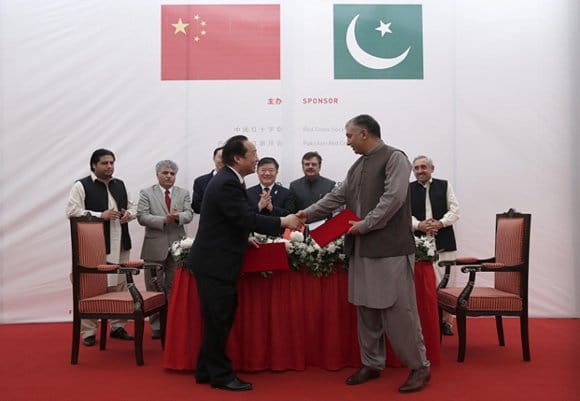 Chinese and Pakistani representatives shake hands at the opening ceremony for the center.

While the construction and opening of the medical center was convenient in sparsely populated Gwadar, many hiccups occurred and many insights were gained along the way, which the China Red Cross Foundation shared in an interview with Jiemian News. Below is CDB’s abridged translation of the interview with executive vice president and secretary general of the China Red Cross Foundation Sun Shuopeng.

Jiemian: Please explain the background to the emergency center.

Sun: When it comes to the China-Pakistan Economic Corridor, most people were previously focused only on the potential of huge economic benefits associated with the initiative; few people paid attention to the fact that the corridor cut through a large stretch of uncultivated territory where access to basic healthcare and sanitation were still in high demand. We cannot just fixate on the economic benefits of the corridor, but rather we should develop social and livelihood services for those in Pakistan, which is really the ultimate goal of the China-Pakistan Economic Corridor. That is why the China Red Cross Foundation began operations with the One Belt and One Road initiative.

Jiemian: What sort of issues arose when constructing the center? How were they resolved?

Sun: One issue is the enormous distance between China and Gwadar and the fact that we were unable to find locally-sourced building materials for the center. We were fortunate to find a company in Hebei province that produced the materials and provided them to us as a donation. Afterwards, we found a shipping partner that agreed to transport the materials from Shanghai to Gwadar for free. In addition, we ran into obstacles with storing the materials once they arrived at destination. For this, we were able to find help from our cooperation partners, who assisted in storing the materials and transporting them from the port to the construction site. Finally, we struggled in locating construction workers to build the center and medical personnel to staff the center. When it came to construction workers, the company in Hebei sent workers to Gwadar to help with the project and a few of our partners provided medical personnel, contributed funding and donated an ambulance to help with operations. 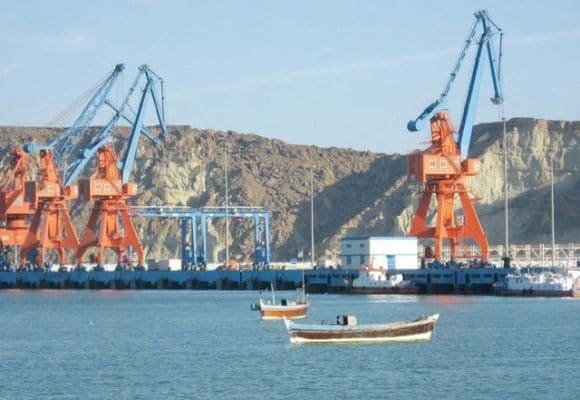 Traditional fishing boats mingle with container terminals in the port of Gwadar.

Jiemian: Is this only one of the projects in the China Red Cross Foundation’s Silk Road Universal Fund?

Sun: Yes, the next projects will focus on humanitarian assistance for children with congenital heart disease, for which we’ve chosen Afghanistan and Mongolia as project launch pads. We have already contacted the Mongolian Red Cross Society, which has expressed an interest in beginning the project this month. Our Red Cross partners in Afghanistan are also intent on developing the program as quickly as possible, but there are certain delays there.

Jiemian: What do you think about Chinese public welfare organizations “going global”?