How does microfinance empower Jingpo and De’ang ethnic women in rural Yunnan?

Editor’s Note: The following article is a submission provided to China Development Brief by China House. It is an informed commentary of the state of local government microfinance programs and their role in empowering women in Mangshi, the capital of Dehong Autonomous Prefecture in Yunnan Province. While the authors cite the methods of Grameen Bank and its founder Muhammad Yunnus, note they do not indicate any direct link between Grameen Bank and Mangshi local government policies. The original article has been edited for brevity and clarity. Opinions expressed in this article do not necessarily reflect the views of China Development Brief.

Mangshi, located in southwestern China and bordering Myanmar, is the capital of Dehong Autonomous Prefecture in Yunnan Province. Since the beginning of November 2020, Mangshi has achieved the goal of eliminating extreme poverty (At that time, the poverty standard in Mangshi was 3,750 net income per capita). In the next phase, the government expects the GDP to reach 17.7 billion RMB, with per capita disposable income of 32,070 RMB for permanent urban residents and 13,494 RMB for rural residents. 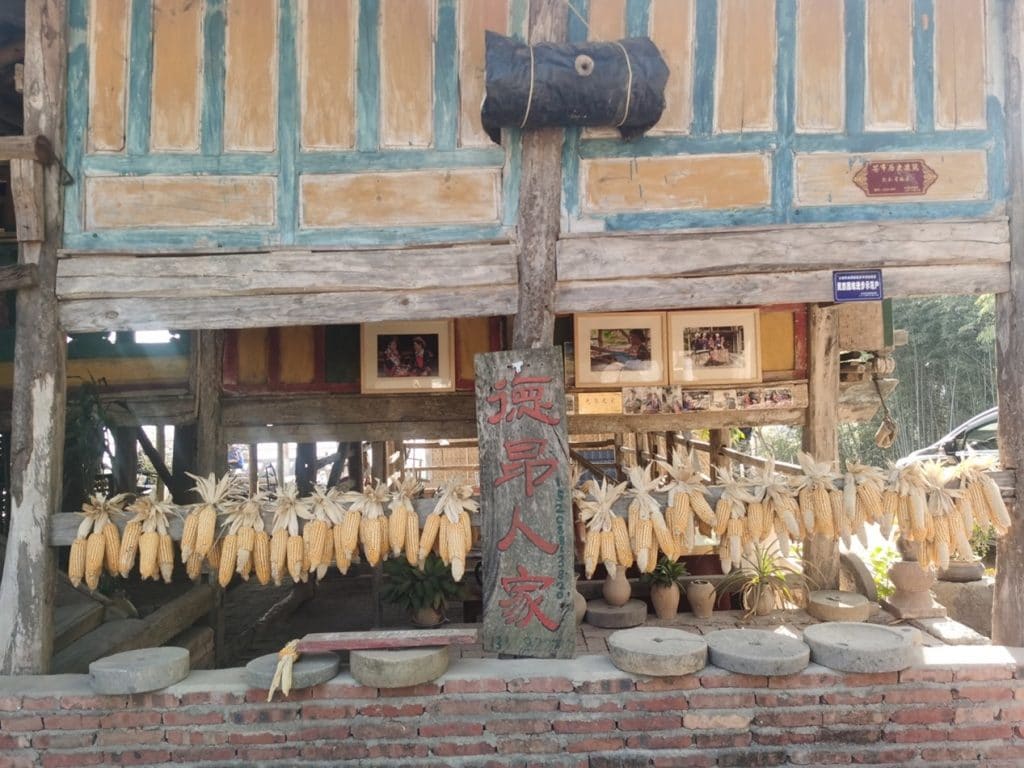 One of the households in the county of Santaishan in Mangshi.

This year, LGOPAD (Leading Group Office of Poverty Alleviation and Development) in Mangshi published two lists of recommended wealth leaders. This campaign aimed at recognising and expanding the impact of talent in developing industries, thereby inspiring more people to raise their own incomes. Within the two lists, the first one recommended 49 people including nine women, in which two out of nine were from the Jingpo ethnic group. The second name list recommended 114 people including nine women, in which one out of nine were from Jingpo ethnic group. There is a disparity in the sex ratio of wealth leaders.

In response to this phenomenon, Mrs. Lin, who works in the Mangshi Women’s Federation, said that in rural areas, men are the majority of those who start their own businesses, while women are more likely to stay at home and do housework. Therefore, in Mangshi, the economic status of minority women still needs to be improved.

In Mangshi, the government is taking measures to improve the economic status of minority women, with inclusive financing being the most widely used measures. Inclusive financing refers to helping all individuals and households get access to affordable financial services such as loans and insurance, especially for low-income families, rural residents and small businesses.

While inclusive financing includes different financial services for people in need, microfinance is one of the useful methods. One typical program of microfinance is the Grameen method, which was founded by Muhammad Yunus. According to Yunus, the aim for Grameen is to reduce poverty through a virtuous circle comprising “low income, credit, investment, more income, more credit, more investment, more income.” In other words, microfinance mainly targets low-income populations, providing them with financial services to strengthen their purchasing power and lift themselves out of poverty by using the loan properly. While many economists doubted the feasibility of microfinance at first, the result shows that the default interest rate of this system is just about two percent, even less than that of the normal financial system.

In Bangjiao Village in Mangshi, Ms. Qin, a Jingpo woman, is famous in the village and has been a women’s leader for many years. About a decade ago, she borrowed more than 300,000 RMB from relatives and another 100,000 RMB from banks to open her own restaurant. She has also been raising pigs and rose-plants in recent years. Now, her restaurant is the largest one in village and she becomes one of the most influential people there, highly respected by villagers. In rural Mangshi, more women are being encouraged to start their own businesses and make a stable income by using loans, which increasingly improves their economic status.

In rural Mangshi, “loan exemption and assistance” is the major way that women small loans. This type of loan is also called a Women’s Entrepreneurship Loan (WEL) by the Mangshi Women’s Federation. 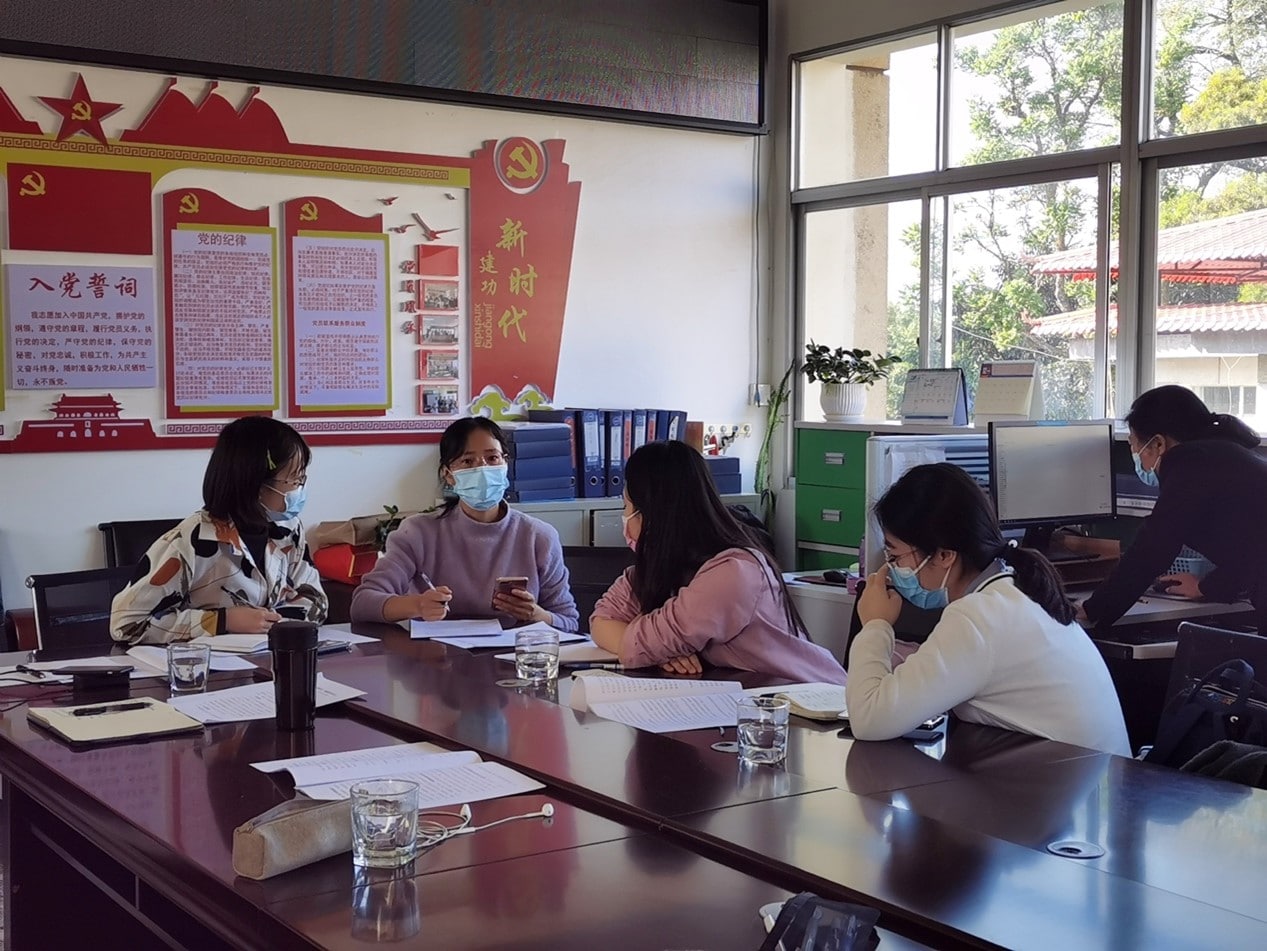 The Women’s Entrepreneurship Loan is a preferential policy. The amount of loans available to women to start their own businesses increases year-by-year, with a maximum of 150,000 RMB in 2020. The loan pays no interest and is subsidised by the local treasurer. According to the vice president of the Mangshi Women’s Federation, banks charged very little interest last year because of the impact of COVID-19.

As was stated by women who applied for Women’s Entrepreneurship Loan, it took about a week from submitting materials to getting loans. Applicants need to provide business licenses, marriage certificates, ID cards and other documents, as well as propose their income and business plans. These materials will be sent and double-checked by the government. If some women have trouble filling out the relevant forms, the Mangshi Women’s Federation or other government organisations will offer to help them.

Meanwhile, “one policy for each household” is adopted by the government. If one household fails to repay the loan on time, bank staff and government officers will go to their home to find out the reason. If the investigation shows that the applicant did not intentionally default on the loan, the government would discuss with the bank and extend the term appropriately.

The APM, similar to WEL, provides a three-year-repayment loan of up to 50,000 RMB to a family. The local government will regularly update the information of poverty-registered households and observe the families who are willing to start up a business or have certain repayment ability. For families meeting the conditions, the government will publicise this program to them and assist them to complete the application work.

Similarly, the use of loan will be regularly inspected by the government officers, and the LGOPAD will look into reasons why loans are not paid in time. They will also adopt “one policy for each household” conditionally. If the families are in real struggle to pay their loans with external factors such as the pandemic, the government will help them in different ways.

In general, both types of microfinance have played a great part in helping women make money and improve their economic status. While the Women’s Entrepreneurship Loan is a more targeted program, the Anti-Poverty Microfinance is more of a complementary measure.

In 2018, Mangshi ceased to be listed as one of Yunnan’s poor counties. However, the financial conditions of some in rural Mangshi still was not sufficient for helping them managing their money well.

While the lack of financial foundation is a huge obstacle for women to apply for loans, another challenge is that it is hard for the government to publicize microfinance in Mangshi due to the lack of entrepreneurship among rural residents.

In POOR ECONOMICS, a book written by Abhijit Banerjee and Esther Duflo, defines entrepreneurship by saying: “If you have very little, use your ingenuity to create something out of nothing.” However, as Mr. Lu, deputy head of Mangshi Poverty Alleviation Office said, “Our most important work at present is to encourage villagers to try to take actions to improve their living conditions instead of being satisfied with current living conditions.” Actually, villagers are dissatisfied with their low income and poor material life. However, they are reluctant or afraid to change the status quo by taking actions that they have never tried before. In other words, the main problem is that villagers tend to maintain the status quo and avoid risks brought by new approaches.

Nonetheless, it is impossible to step over the gap of thoughts with just one step. Just like a grassroots cadre of Mangshi said, “The change of mind is ground out by water drops.” For people from Jingpo and De’ang, as Zhiguo ethnic groups, to be aware of the importance of education is already a large step, Lu told us.

“All the poor are potential entrepreneurs,” said Muhammad Yunus. However, large quantity of time is needed to turn the majority of poor villagers in Mangshi into real entrepreneurs. 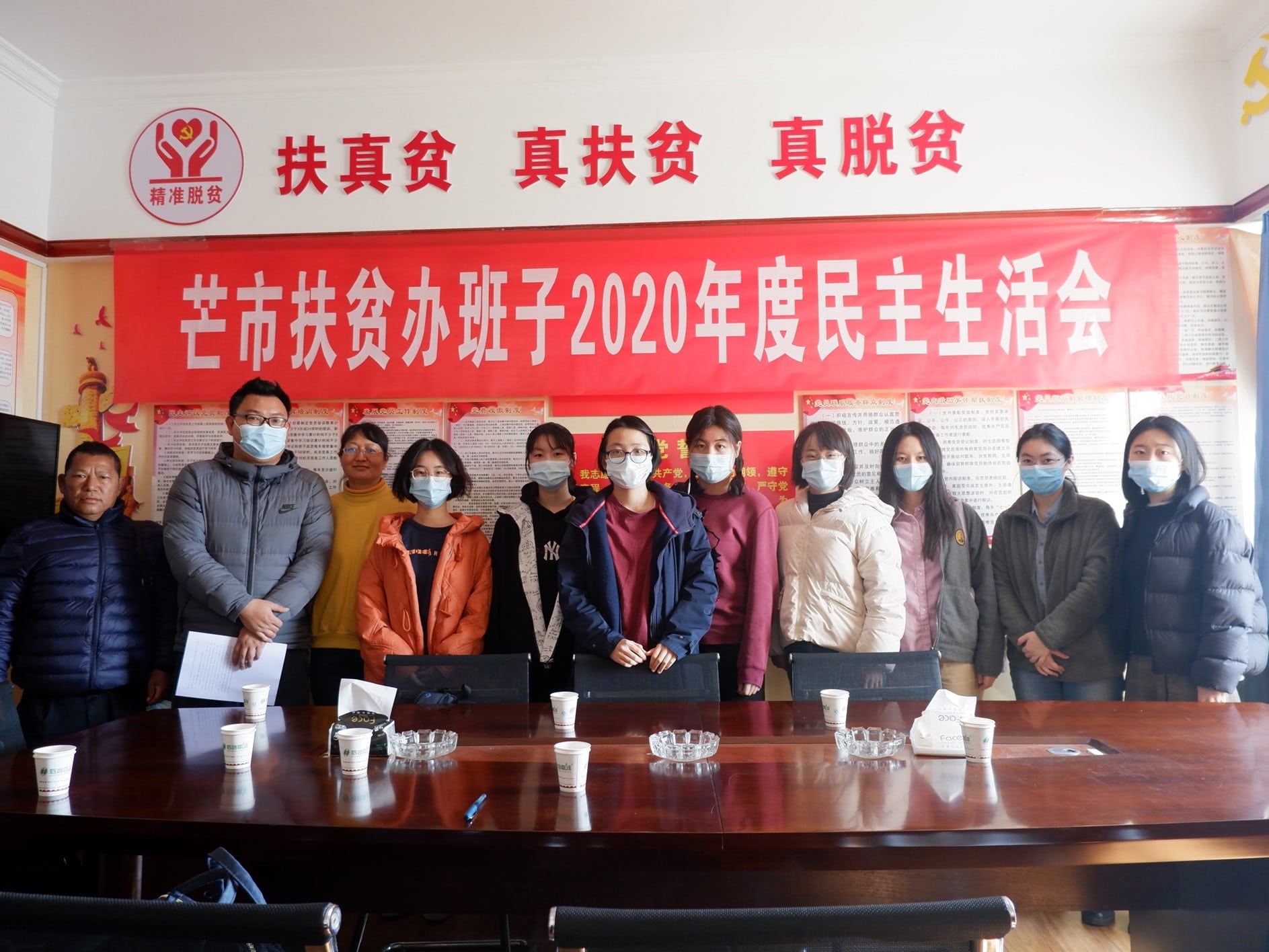 In rural Mangshi, local people apply for small loans mainly for the development of cultivation or aquaculture, which requires applicants to have certain agricultural production skills and knowledge. However, it is not easy to master these skills. Le, whose family grows passion fruit, an introduced plant, did not attend training courses carried out by the government. He claimed he went through a lot of hard exploration in this process. To successfully plant passion fruit, he asked for advice from one of his friends. Fortunately, he finally got a satisfactory seedling growth rate. However, Le said that some people in the village experienced great losses due to poor management of their plants.

The local government promotes the cultivation of passion fruit

Besides problems with agricultural skills, a lack of publicity of microfinance is another problem. At present, the Mangshi Poverty Alleviation Office and Mangshi Women’s Federation are actively publicising microfinance at fixed places in the village, and they have also been visiting households that meet the conditions for applying for microfinance.

However, women in Xishan county and Santaishan county still have doubts about microfinance for fear of unpredictable risks in future industrial development.

According to several villagers living in Xishan county and Santaishan county, because of topographic factors, they can only farm in low-lying areas, while their village is far away from the farmland. Therefore, it is common for them to leave home with their lunch early to the farmland and return home in the evening, meaning that they have limited time staying in the village, and thus many villagers tend to miss those publicising activities. Though the existence of publicity work is undisputed, the local Women’s Federation and Poverty Alleviation Office neglect to recognise the majority of villagers spend little time in the village.

Another problem is that members in the local Women Federation are too few to promote microfinance to enough people. Though the local Woman Federation has tried to cover as many people as they could, there are still many villagers who do not know the interest-free policy and other information about microfinance. In Yingpan village, Mrs. Li, a typical woman who spent most of her day at farmland, told us, “Only the ones who have a relationship with the members in local Women’s Federation are qualified to take loans with little interest rate.” The problems regarding publicity made women like Mrs. Li unable to learn the whole picture of microfinance, thus causing many women in Mangshi to choose not to apply for microfinance.

Nowadays, more women and children can get help from the government through inclusive financing, especially through microfinance, which improves their living standard by a great extent. More changes and improvements are ongoing, so the future is promising.