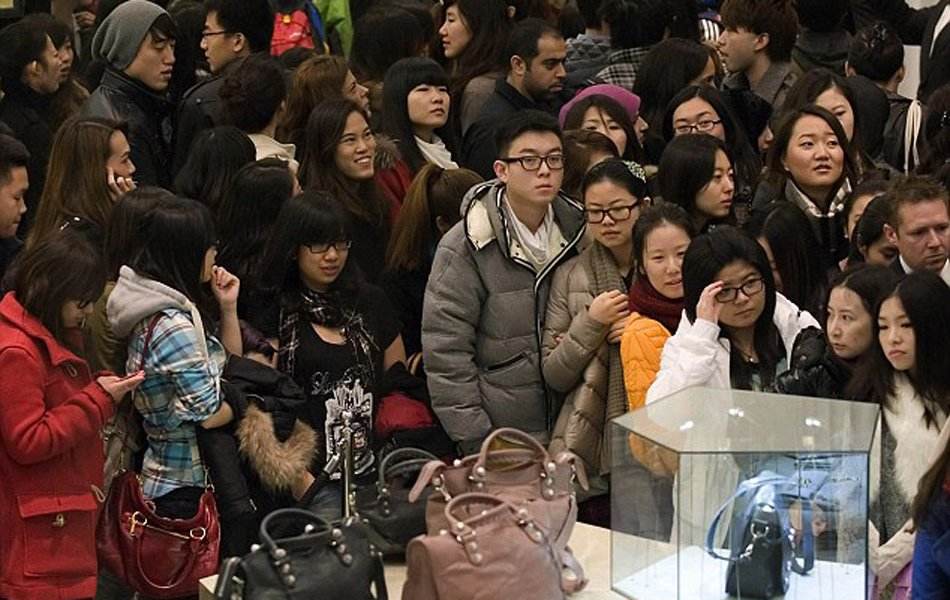 This week Greenpeace released a report on international shopping habits, compiling surveys from Mainland China, Taiwan, Italy, Hong Kong and Germany, highlighting an increasing trend to overspend on fashion due to pressure from social media and the ease of online shopping. Of particular concern to Greenpeace is the prevalence of shoppers who are aware that their overconsumption is damaging to the environment, others and even themselves.

The report, entitled “After the Binge, the Hangover: Insights into the Minds of Clothing Consumers”, uses statistics from surveys of 5800 people commissioned by Greenpeace to answer fundamental questions about the habits of shoppers around the world. The surveys found that more than half of respondents overspend on clothes. Out of the countries and regions surveyed, Mainland China ranked highest when it comes to overspending on clothing. In addition, 60% respondents in Mainland China, 68% in Hong Kong and 50% in Taiwan and Italy said that they realize the amount of clothes they own is more than they need.

The report explains that shopping behaviour is shaped by people’s social environment and the media they are exposed to, with social media platforms playing a huge role in driving excessive shopping. Surveys found that digitally connected East Asians are particularly prone to the lure of trends on social media platforms, including Wechat, Instagram, Pinterest and Facebook. The report also shows that Chinese shoppers buy the latest fashion to enhance their self-esteem (93% of respondents) or their status (75%). Aside from this, two-thirds of Chinese shop to release pressure, kill time or reduce boredom. It was also found that friends and family drive excessive shopping, especially in East Asia where gift giving can express the meaning of a relationship.

Greenpeace’s East Asia Office project executive Deng Minlin says: “Chinese e-commerce platforms are rapidly evolving, and due to pervasive mobile shopping and social media promotions, many consumers are unable to maintain rational shopping habits. This may be one of the reasons that Chinese consumers exhibit some of the most excessive shopping habits in this survey.” Deng goes on to say that these excessive shopping habits will result in the depletion of the Earth’s resources and added carbon emissions, ultimately increasing our burden on the environment.

Another key element of Greenpeace’s report is a survey comparing long-term happiness with shopping habits, which shows that most excessive shoppers only gain short-term happiness from their shopping sprees. What’s more shoppers are aware of this phenomenon, but choose to continue shopping anyway. Greenpeace’s goal in publishing this report is to prompt a radical change in the fashion industry by promoting “caring, sharing and repairing our clothes” instead of promoting “the wasteful and broken narrative of micro-trends and consumerism.”

The full report can be found here.