Editor’s Note: The following piece contains insight from the Let’s Go Abroad NGO Network Conference held on April 9, 2021. As large-scale international efforts such as China’s proposed Belt and Road Initiative and United Nations’s Sustainable Development Goals become institutionalised, the role of Chinese civil society in South-South cooperation still remains unexamined in global discourse. Chinese NGOs sharing stories of their experience abroad and the lessons learned was the focus of the seminar, allowing representatives from officers from the nonprofit sector to build on successes and properly assess the challenges of ‘going out.’

China Development Brief on April 9 hosted a seminar themed on the globalisation of Chinese charities. At the New World Hotel in Beijing, leaders and representatives from NGOs such as the Amity Foundation and the China Association for NGO Cooperation spoke at length to share relevant past experience, organisational practices, and available resources for members of Chinese civil society seeking to smoothly and constructively broaden their international outreach. The event was also attended by researchers and other professionals in the public welfare and environmental civil society sector. 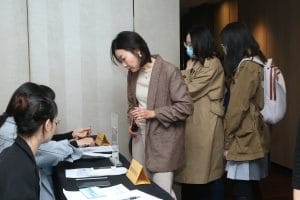 One of the earliest sessions featured notable insight from the Ford Foundation’s programme officer Cheng Enjiang. In the wake of China’s successful handling of the COVID-19 pandemic within its borders and with Chinese NGOs taking a more active role on the world stage, the Ford Foundation has underscored the necessity of clarifying and enhancing knowledge of China abroad so charity work can run efficiently.

From promoting to the Sustainable Development Goals (SDGs) to attending climate conferences, the Chinese charity sector is not only familiarising itself with local conditions of its global partners. NGOs from abroad are seeking clear and qualitative dialogue with voices from Chinese civil society. In this context Cheng discussed what that means for the Ford Foundation during the seminar.

For the Ford Foundation, after 2019, poverty alleviation will no longer be the focus of the strategy of their China programme. As Cheng shared, the new strategy is built around “China goes global” and “China and the world.”

The purpose of Chinese NGOs going out, Cheng said, means “better support for local sustainability and specifically of ways Chinese investment, financing, and loans in the local community can be assisted.” The core process is one of achieving sustainable development by properly balancing aspects like environmental responsibility and protecting biodiversity.  The theme of “China and the world” establishes three main areas: China-US relations, China’s domestic policy and financial regulation (insofar as it is related the globalisation of Chinese charity), and helping countries in what may be termed the Global South better understand China.

“I myself went to Indonesia in 2019, and I also went to Morocco and Sri Lanka. At that time, I felt that when developing countries conducted exchanges with government organisations and scholars, I found that they did not understand China very well, such as the practices of China’s state-owned enterprises, what is going on with the Bank of China or what is a policy bank. There is also a lot of uncertainty in the middle.” 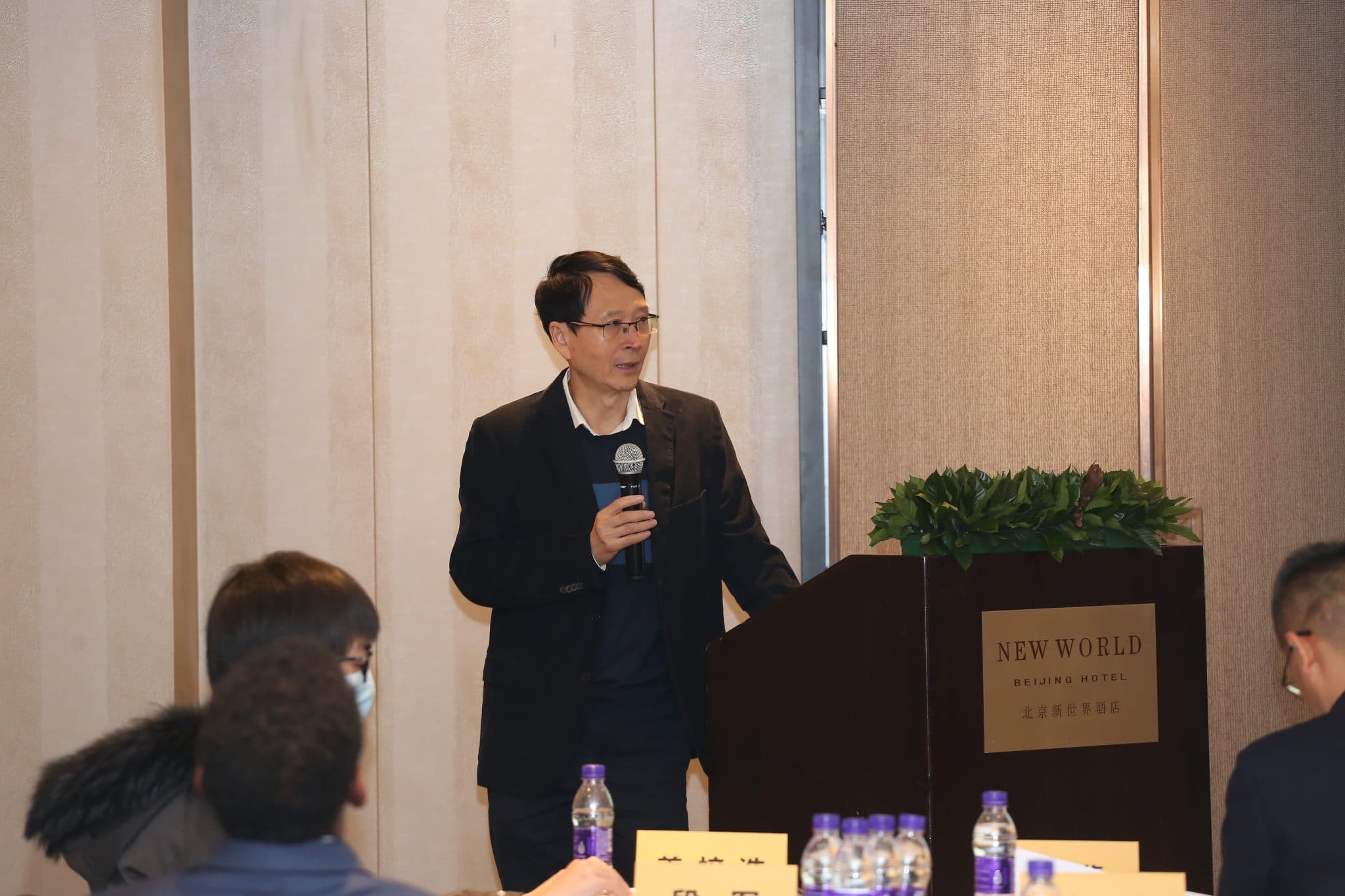 “The experience of Chinese experts, scholars and non-governmental organisations should be made into full-time reports and shared with more countries. We will support domestic units and organisations in inviting foreign scholars to visit China,” said Cheng. The Ford Foundation’s specific channels for enhanced communication to deepen knowledge of China’s role in global nonprofit work will factor in webinars, conferences, joint research studies, and training programmes. 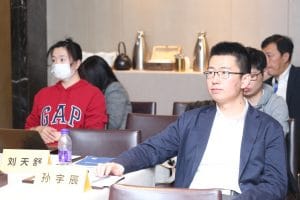 Using BUILD grants, the Ford Foundation intends to support China knowledge hubs throughout countries in Asia, Africa, and the Americas. Three to four such hubs are part of the plan, with one academic institution already selected, the Pacific University of Peru.

“We have supported some units to write some reports,” said Cheng. “At the same time I think the communication should not be one-sided, it should be mutual….For example, China knows more about Africa, but not much about Latin America. For some countries in Asia, even though distance is not far – very close in fact, there are some linguistic barriers and other factors.”

Cheng noted that just as many international companies or international NGOs entered China in the three stages of “sending domestic executives, recruiting international executives of Chinese origin, and recruiting local executives,” Chinese NGOs will likely encounter a similar situation when going abroad, and need to continuously boost their capabilities and awareness. 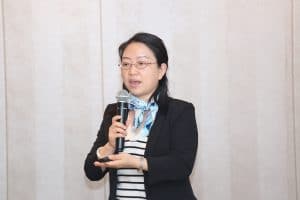 That awareness can be enhanced through learning from the experience of other countries who invested in development projects abroad and also brought along an NGO presence, said Cheng, citing how France and South Korea worked to bolster efficient agricultural practices in Cambodia.

Active participation in global civil society discourse is also key to that awareness, according to Qian Xiaofeng who serves as the senior director for regional development at the Amity Foundation. “It is necessary to understand the governance structure, organisational system, basic principles and discourse system of the United Nations and other international networks so as to build the ‘basic skill’ for effective international dialogue,” said Qian.

“Amity Foundation is one of the institutions in China that has been granted ‘consultative status with the United Nations Economic and Social Council,'” said Qian who went on to emphasise “participating in the United Nations and various international NGO networks” is an important platform for Chinese social organisations to understand international industry trends and enter into constructive dialogue. 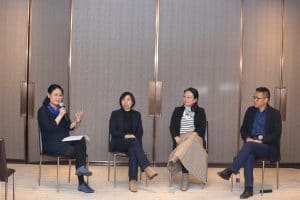 Being proactive in international works can also help Chinese civil society lead by example. Secretary General of the China Association for NGO Cooperation Wang Xiangyi has long advocated and supported the inclusion of Chinese social organisation at the UN and other bilateral platforms. Her organisation has been at the forefront of non-governmental diplomacy.

“Since last year, I have tried to enter national exhibitions and forums and contribute to people’s strength, and [focus] on how to effectively carry out social responsibility in continued exploration,” said Wang.

During the conference, speakers also spoke to the ways in which Chinese civil society can go out effectively alongside the Belt and Road Initiative (BRI). Based on more than 20 years of local accumulation, Zhicheng Public Interest Law has successfully built a network of 8,000 lawyers for child protection in China. 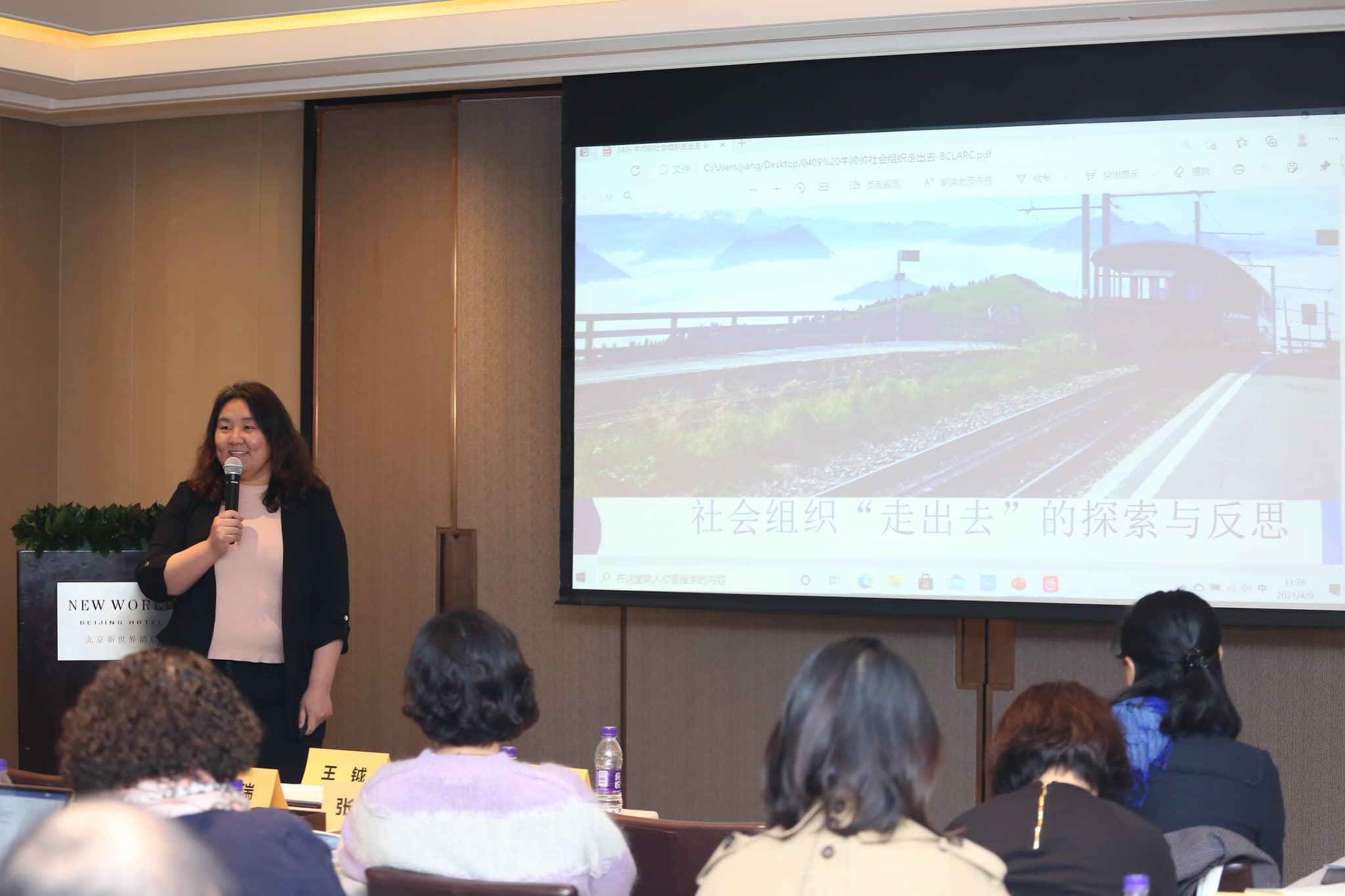 “The centre and foundation of our work is the provision of legal services. In addition, we conduct legal research and policy advocacy to promote the involvement of dedicated lawyers in child protection and the construction of a national network of pro bono lawyers,” said Niu Shuaishuai.

Based on her organisation’s model and given that 10 out of 17 UN SDGs concern children’s welfare, Niu encouraged the training of professional lawyers focused on defending and protecting children in developing countries. Her presentation mentioned Zhicheng Public Interest Law’s participation in “Silk Road Family” activities in Cambodia and Indonesia, establishing cooperation with local social organisations. 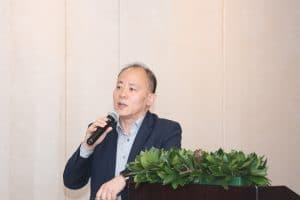 A key priority of the BRI is ecological civilization. As covered in our previous analysis of the third roundtable of last year’s China Development Brief forum, environmental concerns have been a focus of the BRI. Xiao Qing, the vice secretary general of China Biodiversity Conservation and Green Development Foundation passionately invoked the Earth is facing its sixth mass extinction in geologic history and links to trends of global pollution.

“Among the three major crises on Earth, the first is the environmental crisis, the second is the climate crisis, and the third is the issue of human health and life. Under this circumstance, it is important for us to advocate ecological civilization,” said Xiao. He mentioned one pivotal example of his network going out included the Green Hair Association played a role in including Chinese medicine in relevant clauses of the International Union for Conservation of Nature.

“Our purpose is to enhance our right to speak in the international arena, and we strive to participate actively. In fact, this is also an era that reflects the great changes that have not occurred in China in a hundred years. The current changes in our country are quite an apparent positive energy and a positive force in the international community,” said Xiao.

However, of the Chinese NGOs that are going out, very few are involved in environmental advocacy or protection. Xiao also expressed the need to enhance his organisation’s professional contributions when overseas. But despite such challenges, he asserted his organisation “still hopes to be able to actively participate in international rules and the rules of the game. We still have to engage with others. We still have to abide by the corresponding rules when we engage. This is our basic attitude.”