This is a translation of the talk that Ms. Elizabeth Knup, Country Director of the Ford Foundation in China, gave in Beijing on the 6th of November at the forum for overseas NGOs organized by China Development Brief. The Ford Foundation has been present in China for 30 years, making it one of the first foreign foundations to work in the country since the Reform and Opening Up. Ms. Knup herself has worked in China for over 20 years, and her talk was delivered in Chinese. The Q&A section includes a question that was directed at Prof. Jia Xijin of Tsinghua University, and the reply that Prof. Jia gave. 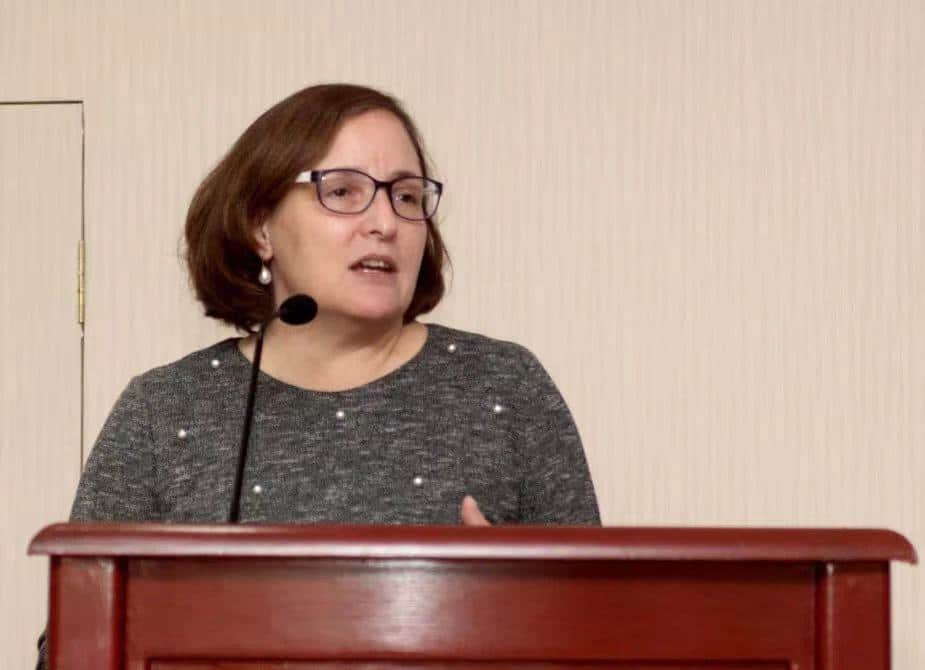 Firstly, I would like to show my appreciation to China Development Brief for organising such an important forum. There are a lot of people here today, showing that this topic attracts much attention within the sector. We all need to learn more about each other and share good experiences.

Most of you are probably quite familiar with the Ford Foundation, it established its representative office in Beijing in 1988, precisely 30 years ago. When we re-registered in 2017 according to the Overseas NGO Law, the most important thing was to find a new professional supervisory unit. Today, I’m going to share my thoughts on two topics with you. The first one is some new situations on the operational level that occurred after registration. The other one is how to think about our further development in China on the strategic level.

After registering under the new law, the biggest difference in the operational process is that there is not as much flexibility as before.

For thirty years, anyone could come and ask for funds from the Ford Foundation, and if their program fit in with our strategic planning and as long as funds were sufficient, we could cooperate on a project at any time. Nowadays however, if we want to add any new projects it must be based on our work plan and the filing process.

I don’t think this would be a challenge for the Ford Foundation however, because all of our work plans have smoothly passed the approval process. What is true is that our flexibility has been limited, and our partners are also influenced, because everyone needs to learn a new way of doing things.

When a project goes into the supervisory phase, the PSB will examine the projects we fund very carefully. Thus, we need to gain more information from our cooperation partners and only then can we report the project to the professional supervisory unit and the PSB.

Meanwhile, we have also needed to make some changes in our internal coordination. For instance when it comes to funding and funds management, the project officer and the financial officer need to do more to coordinate their work in order to satisfy different requirements. This actually has some benefits, because it encourages us to interact and get to know each other better.

Moreover, speaking for myself, there needs to be more communication with the professional supervisory unit. I think this is an important step towards gaining trust.

At the strategic level, the Ford Foundation has also had some changes. Over 30 years the Ford Foundation has always moved in step with China’s reform and opening up, and focused on programs which can promote the development of China’s economy and society. China is now continuing to open up, but the meaning of “opening up” has changed a little: it not only refers to domestic opening, but also to “going out” to other countries. So, in the future, I think the main emphasis will be on the conditions of “going out”, and on bringing (Chinese) experiences abroad.

Thus, the future direction for the Ford Foundation’s may be to partly focus on work within China, and partly on “going out”, helping some Chinese NGOs to participate in international efforts.

Another challenge we have confronted is that, for the programs we fund, partners and professional supervisory units in different places have different understandings of the law and its implementation. We also realize however that reaching a common understanding is a process which will take some time, and then these problems will slowly be solved.

Q&A with the public

1. In the future what issues will the Ford Foundation focus on the most, within China and globally?

Ms. Elizabeth Knup: I have just got back from the United States, where I discussed related proposals with our board, and one direction would be to focus on the stable development and internationalisation of Chinese charities. Another important issue is the relationship between China and United States, for instance Chinese and American cooperation in global governance. The Ford Foundation all together has 10 offices around the world, so we can understand China’s influence in Africa and Latin America from different angles, and then help these overseas NGOs and foreign governments understand China better.

2. I’d like to ask Prof. Jia Xijin a quesiton: if for instance the Ford Foundation’s representative office funded a program by another overseas NGO in China, would the transfer be regarded as happening within China?

As for the allocation of funds that happened overseas, even though in the end the money may be used for a program in China, it is the NGO doing the activity in China that bears the direct responsibility, since the funds will be transferred from its overseas headquarters to the representative office, and then the representative office transfers the funds to the program in China. So can that overseas NGO acting as the funder be regarded as carrying out activities in China? The law doesn’t provide a strict definition, however if any providers who contribute to the funds which are sent from the NGO’s headquarter to its China representative office are all regarded as subjects carrying out activities in China, then the law cannot really be implemented. So, as concerns these sorts of indirect funding relationships in which the transfer of funds has already occurred overseas, the NGO actually carrying out the activity in China bears responsibility, and as long as this is reflected in the program plan and activity report according to the law, there should be no problem.

A translation of the talk that Ms. Elizabeth Knup, the Ford Foundation’s chief representative in China, gave at CDB’s forum on the 6th of November.