Yubraj, a primary school student in Kathmandu, Nepal, was recently taught how to say “hello” in Chinese. “That is a classroom building that the Chinese have built for us”, said Yubraj. “I’ve never been to China, but I want to go and check out the temples there.”

On July 30th Yubraj, along with some of his classmates, represented their school to receive donations from Chinese NGOs during the “China-Nepal Public Welfare Project Donation Ceremony”. Yubraj and his schoolmates now have 260 new school bags and many sporting facilities. The ceremony was part of a series of resource-matching and contract signing events for Chinese and Nepalese NGOs that the China Association for NGO Cooperation held in Nepal on July 29th and 30th. 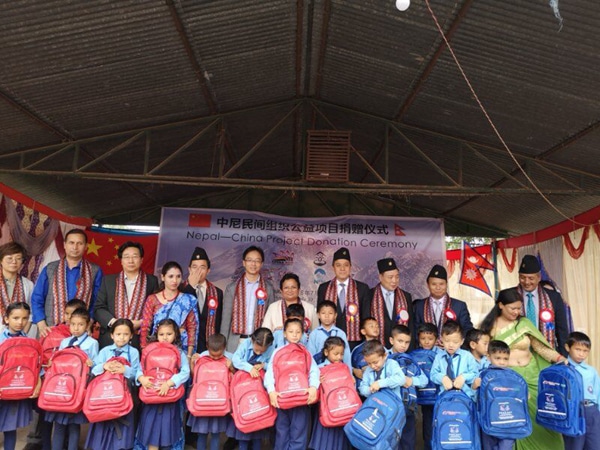 Three years ago, after the 2015 earthquake almost tore down Yubraj’s school, the China Foundation for Poverty Alleviation helped rebuild the school and provided it with computers. Other Chinese NGOs also participated in disaster management and relief after the earthquake. Since then more and more Chinese NGOs have begun to launch projects in Nepal, but among the 300 international social organizations registered in Nepal the China Foundation for Poverty Alleviation remains the only Chinese one with an official status. This is partially because international NGOs must find a local non-profit partner to register in Nepal, and every donation must go through a strict taxation process. The events on the 29th and 30th were thus aimed at helping Chinese NGOs find feasible paths to localize in Nepal and establish potential local partnerships.

25 Chinese NGOs, some of whom were exploring opportunities in Nepal for the first time, and many Nepalese NGOs participated in several resource-matching sessions on the 29th and 30th. Based on their specialties (poverty alleviation, medical assistance, or education), Chinese NGOs were assigned to three different discussion tables to communicate with similar Nepalese organizations on the other side of the table and negotiate regarding possibilities to collaborate.

Having carried out and funded disaster relief projects in Nepal before, the Amity Foundation was one of the 25 Chinese NGOs. He Wen, Amity’s deputy secretary general, said that he has talked with more than seven local non-profits. He recommended that other Chinese NGOs find local non-profits with specific missions, practical projects, and genuine passion. To eventually establish concrete partnerships, he said Chinese NGOs should visit potential Nepalese partners’ offices and look at their annual and audit reports. 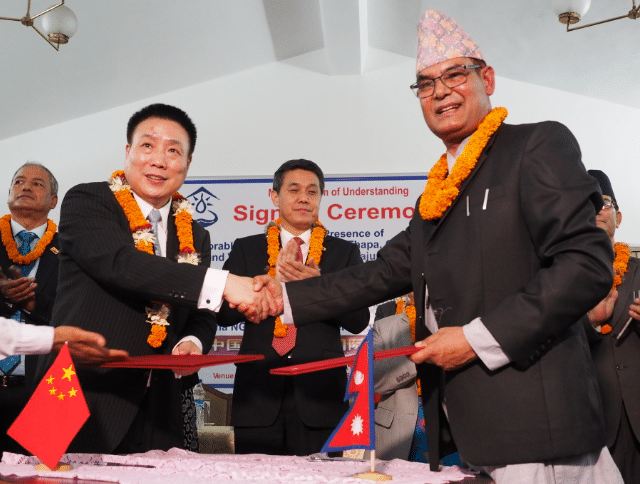 On the 29th, the China Association for NGO Cooperation and the Social Welfare Council of Nepal jointly held the “China-Nepal Social Organization Civil Affairs Project Contract Signing Ceremony.” The China Foundation for Poverty Alleviation and 10 other Chinese NGOs signed 13 cooperation agreements with Nepalese social organizations. The projects that they agreed on covered a variety of fields, including education, medical care, and poverty alleviation.

Some Chinese professionals in the non-profit sector commented that these events were a valuable opportunity for Chinese NGOs to make local connections in Nepal, but “true capacities” would be a prerequisite for these organizations to sustainably “step out.”