Next year, CDB plans to launch an interactive map of all the overseas projects carried out by Chinese NGOs. As part of this project, we are conducting a series of interviews with local NGOs, discussing their overseas projects and the challenges they face. If you work for one and would like your projects to be included in the map, please do not hesitate to contact us at aurora.tin@cdb.org.cn. 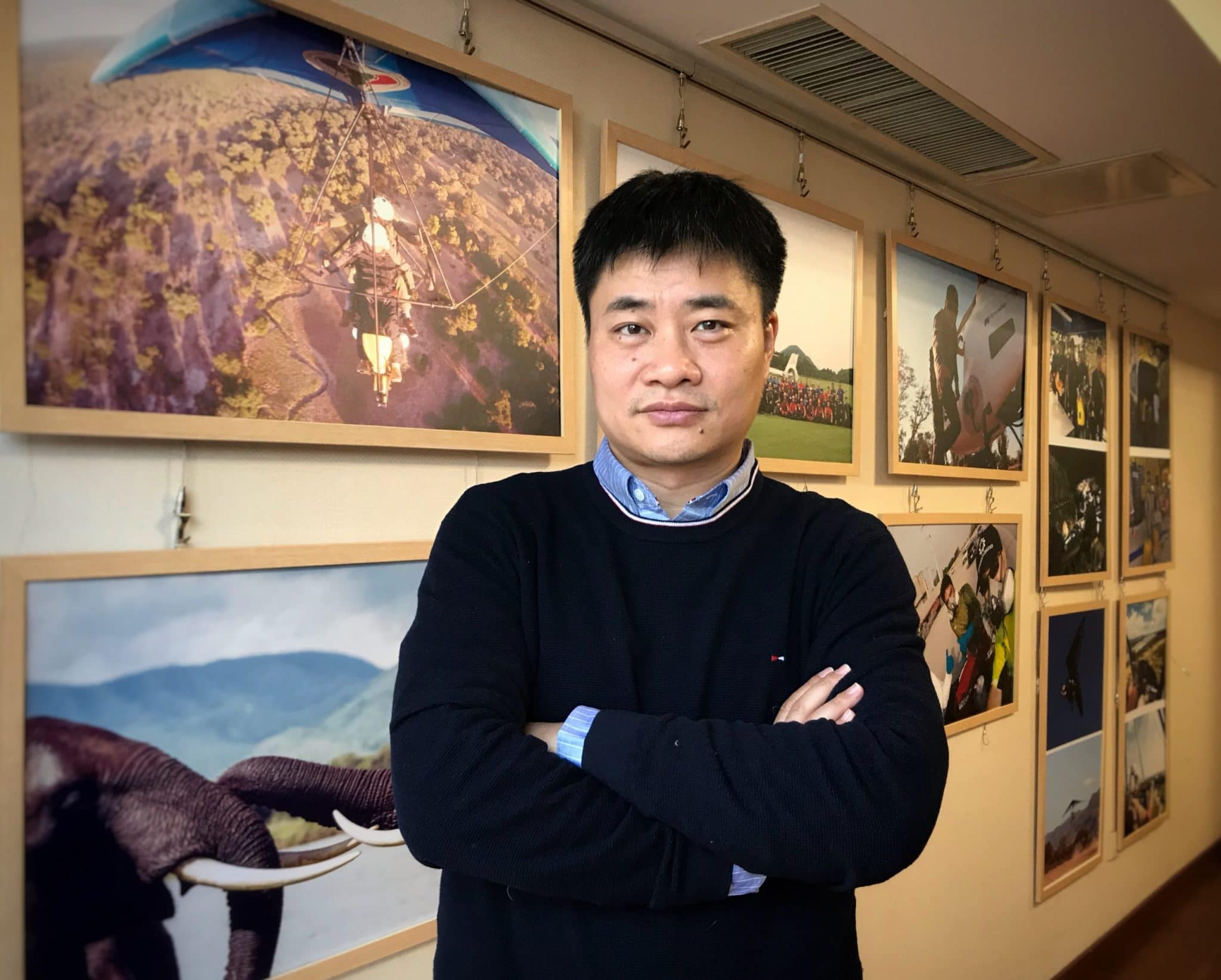 Wang Ke started the Peaceland Foundation in 2018, aiming to take on global responsibility by rolling out humanitarian projects all over the world (Photo: CDB)

Alongside the rise of civil awareness in China, more and more overseas projects are being carried out by Chinese nonprofit organizations. While poverty alleviation, education and healthcare are the topics that Chinese NGOs commonly focus on, an unusual mission is now being conducted in a country not too far from home, Cambodia.

40 years after the end of the decades-long civil war, Cambodians are still living with the demons that lie underground – an estimated six to 10 million landmines scattered throughout the country, which have caused 60,000 casualties since the war.

“A landmine was detonated by a ploughing machine last week, and one of our staff also reported that a landmine was discovered in the same place where they had had dinner the night before. Villagers are living in an area where there is a threat to their lives, and what’s worse if a landmine is found the whole area will be locked down and people will have lost their source of income”, says Wang Ke.

Wang Ke is the founder of the Peaceland Foundation (平澜基金会) as well as the initiator of the Demining Operation in Cambodia. It was a picture of the disabled street musicians in Angkor Wat that led him to the realization that landmines are tearing this country apart even today. Spending over a year in communication with the Cambodian government, the Peaceland Foundation identified a 64-hectare land area in Banteay Srei district where over 1,100 people reside, aiming to make this village landmine-free by mid-2020.

The program started early this year, and 6.4-hectares of land were cleared and handed over to the villagers last month. According to Wang, the villagers have gained back their access to this land and started growing rice on it. The next step would be to build a facility that could help the farmers through drought. 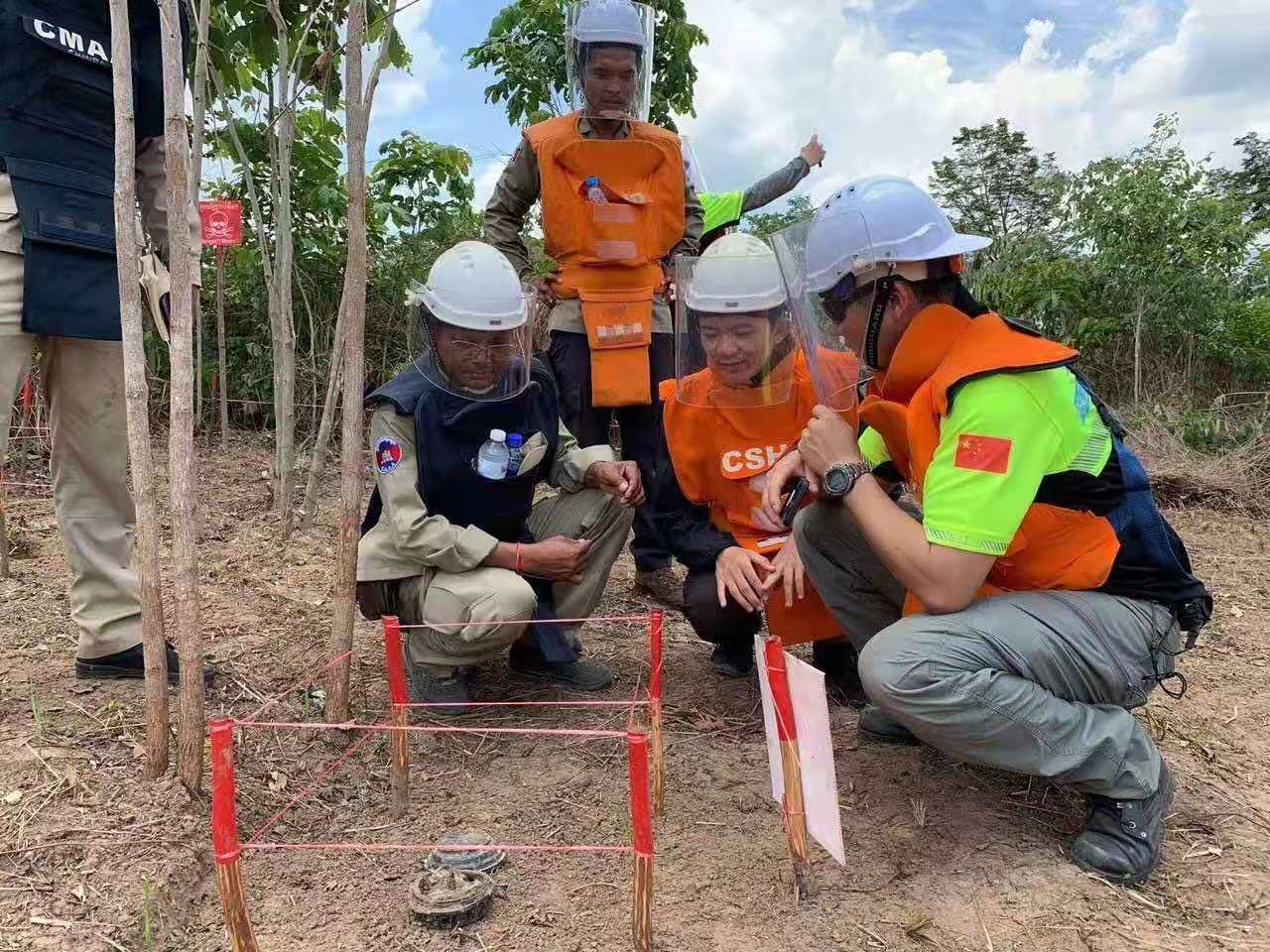 The most prominent ecological issue associated with landmines is denial of access to vital resources. As Wang explains, “our plan doesn’t stop at demining. The long term goal is to unlock the land to be utilized by the people and eventually help them to walk out of poverty by conducting a series of sustainable development plans, including opening up the local and Chinese market to better consume their products.”

According to Wang, landmines are divided into two types: anti-tank mines, which are designed to disable tanks or other vehicles; and anti-personnel mines, which are designed to injure people. “The anti-personnel mine is a vicious and cruel invention because they are often designed to injure rather than kill, in order to increase the logistical burden of evacuations and medical care on the opposing force. Even now that the conflict has ended, the landmines remain a huge threat and a burden to civilians and to the economy.”

In the village where the Peaceland Foundation is working, kids are taught to never retrieve a football that has crossed the safety line next to the football field. Landmines are a real threat to villagers’ lives.

Restricted by the rules and regulations, the foundation is not yet able to conduct the clearance on its own, but acts more as the funder and project manager, piloting the long-term sustainable development of the affected village.

As much as they would like to replicate the same model in other mine-affected countries including Laos and Myanmar, Wang admits that raising funds for such projects is challenging, and thus the project size is now controlled at below USD 500,000 each year. Currently an employee of the Peaceland Foundation, who is a Chinese veteran, stations at the project site. 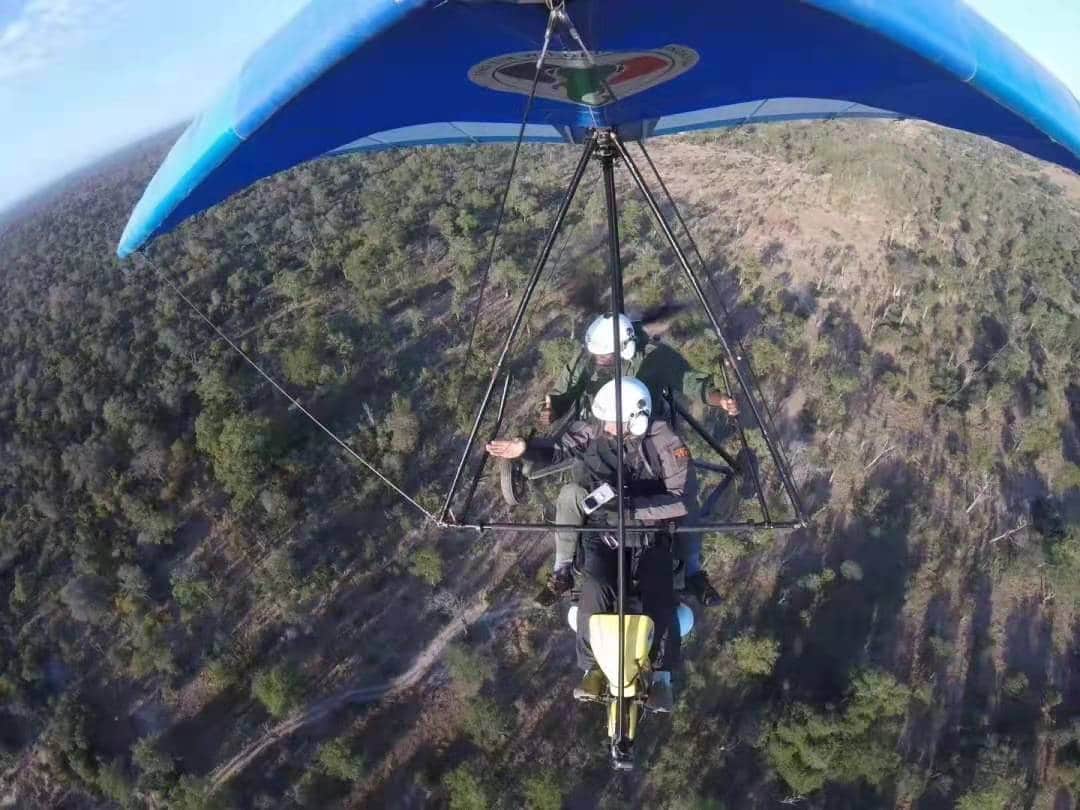 Founded in 2018, the newly-formed Peaceland Foundation position themselves as a Chinese NGO focusing on international humanitarian aid and disaster relief. Based in Beijing, the foundation was started by Wang Ke together with two other friends, who share a rich experience of emergency rescue operations locally and internationally, including the Tham Luang cave rescue mission in which the Peaceland Foundation sent a team of eight led by Wang.

Wang’s adventurous spirit makes him fearless in visiting dangerous places, for example the demining sites where landmines could take away his legs anytime. As a former gold-collar worker in a telecommunications company, Wang Ke says the turning point came when he volunteered his time and resources in the disaster relief for the 2008 Sichuan earthquake. “Only then people realized how powerful our society could be in combating social problems.”

Since then, Wang and his peers have been actively participating in international rescue missions. From the earthquake in Mandalay, Myanmar to the anti-poaching programs in Africa, the more he got involved in humanitarian aid and disaster relief, the more he felt his limitations as a part-time rescuer. This strong will to contribute more to the world pushed Wang Ke to finally start the Peaceland Foundation in 2018.

With his experience in humanitarian aid and disaster relief, Wang has a mission, which is to help solve global social issues while representing China. In the year since its formation, the Peaceland Foundation has raised over 10 million yuan from the public, which as he points out isn’t much compared to international organizations, but is still a big sum by the standards of Chinese NGOs.

It might take years for a Chinese NGO to “go out”, but when we look at the project map of the Peaceland Foundation, their footprints are all over the world. Wang says that currently 60% of their work is internationally focused and only 40% is domestic.

“In the past, the absence of Chinese NGOs in international work was caused by the weak economy of the country,” Wang explains. “It was not long ago that Chinese people, including me, were given grain coupons with which we could buy a certain amount of grain. It’s not difficult to imagine that we were unable to provide help while struggling to survive ourselves.”

Now, with the help of the rest of the world, China has become the second largest economic entity globally. Wang says it is time for China to bear more international responsibility, “and the government is not solely responsible for this. We, the Chinese NGOs, should play our part too.” 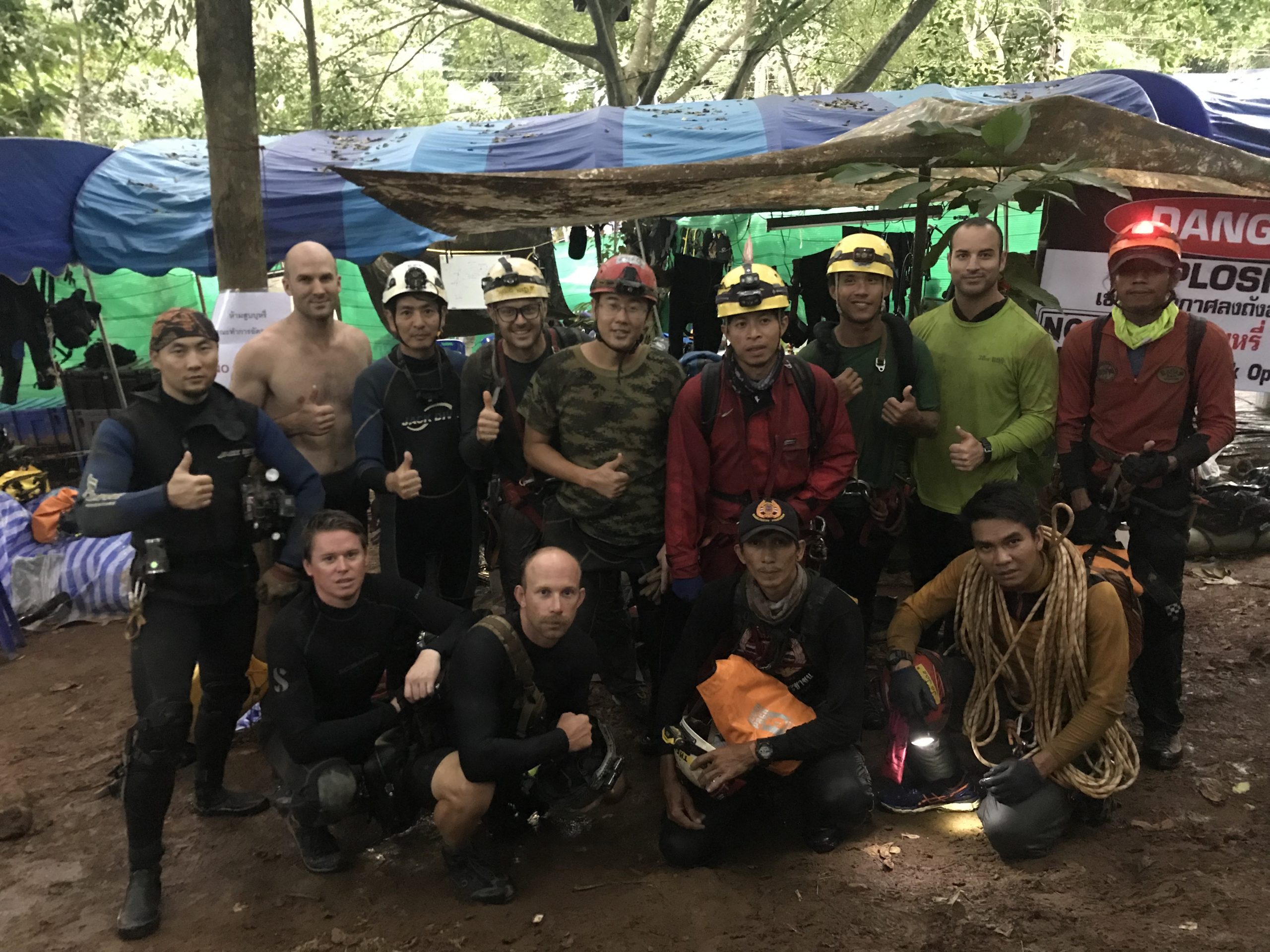 He emphasizes that Chinese NGOs have many weaknesses in international project management, but the urgency of the social issues leaves no time for them to pick up the skills slowly, they have to learn and catch up along the way.

However, Wang shares that it’s challenging for Chinese NGOs to blend in with the international system because of what he sees as a serious bias against China. “People often think that the agenda behind our international projects is to whitewash the image of China. This is a serious problem, but it doesn’t affect our work. What we should do is understand the gap between Chinese NGOs and the rest, and accept the fact that the problem is there.”

The advantages of Chinese NGOs in international work are as obvious as their disadvantages. Since China has just walked out of poverty in recent decades, Chinese NGOs tend to be more compassionate towards Third World countries which are at a stage of development China has recently gone through, says Wang.

“While the economic success of western countries is not replicable, our experiences in poverty alleviation and digital marketing can be applied to the developing countries. For example, we are considering to sell products by refugees or villagers on Alibaba.”

With many years of experiences in international work, Wang has three pieces of advice for the Chinese NGOs planning to expand their mission outside of China: first of all, be patient. Chinese NGOs are lacking in experience so the learning curve is steep; secondly, do the homework and be well-prepared for the cultural differences; thirdly, try and blend in with the international community instead of creating an isolated Chinese circle.

“What truly touched me during the Tham Luang cave rescue mission was that rescue teams from different countries put down everything in front of the crisis, and no one cared who was ranked higher or better”, Wang recalls, adding that as long as we hold the same values in helping the world, we are speaking the same language.

Wang also points out that blending in doesn’t mean giving up all the uniqueness of the Chinese NGOs. “We must preserve and share our advantages and skills with the international community for the greater good of the world. We should learn from each other so we are more capable of tackling social issues. That’s the ultimate goal.”

Throughout the interview, Wang Ke showed his strong determination and eagerness to carry forward more international projects. As a righteous yet humble humanitarian, he wishes to deliver a message to the world on behalf of Chinese civil society: “Humanitarian aid needs team work and the world should know that there are many Chinese NGOs trying to solve the world’s problems with pure intentions. Being open, inclusive and diverse has been our culture since the Tang Dynasty, we just need more time to gain back our confidence and blend in with the world again. We sincerely want to be part of the international community and I hope the international community can be more patient with us, allowing us to learn and catch up on everything, no matter whether it is as an individual, as an organization or as a country.”

As part of our Chinese NGO Going Out series, CDB interviews Wang Ke, the founder of the Peaceland Foundation, to share his experience of clearing mines in Cambodia.

PrevPreviousChinese foundations ranked for transparency, Adream and Narada among the top scorers
NextSpring Buds Plan criticised for misleading donors by aiding boys as well as girlsNext