This year’s edition of the MTA (Music, Technology and Art) Festival, held in May in Hebei province, can lay claim to be the greenest music festival ever to have taken place in China. Thanks to the efforts of one Chinese environmentalist, not only did the festival draw inspiration from Japan’s Fuji Music Festival, often called the “cleanest music festival in the world”, but it also made a few new advancements of its own. 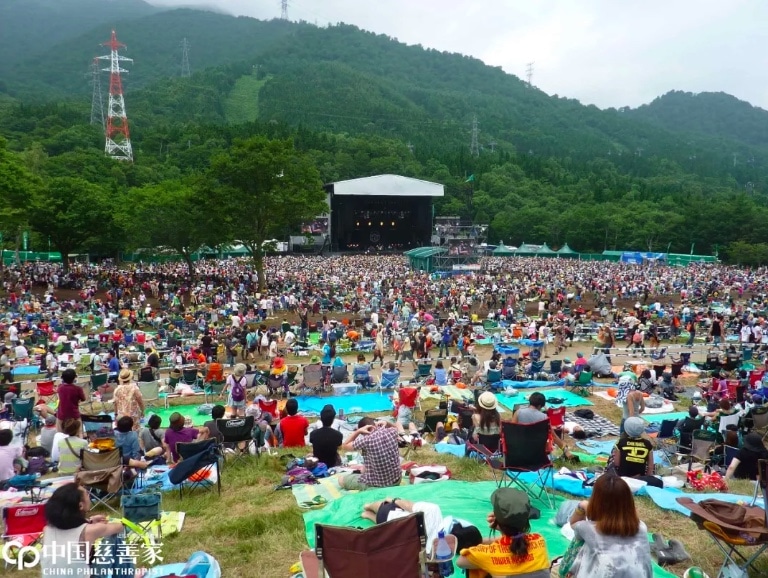 Every May, for the past three years the MTA festival, which showcases a fusion of music, technological experiences, multimedia art performances and art installations, has been held in the Huailai Scenic Area in Hebei Province. On the 18th of May, zero waste initiative organisers Kanta Hani and Hao Xiao (昊骁), took to the stage. Kanta Hani declared in English, with Hao Xiao translating for the crowd, “I am from Tokyo, this time, I have come to China with a challenge – to make our MTA festival into the cleanest music festival in China”. 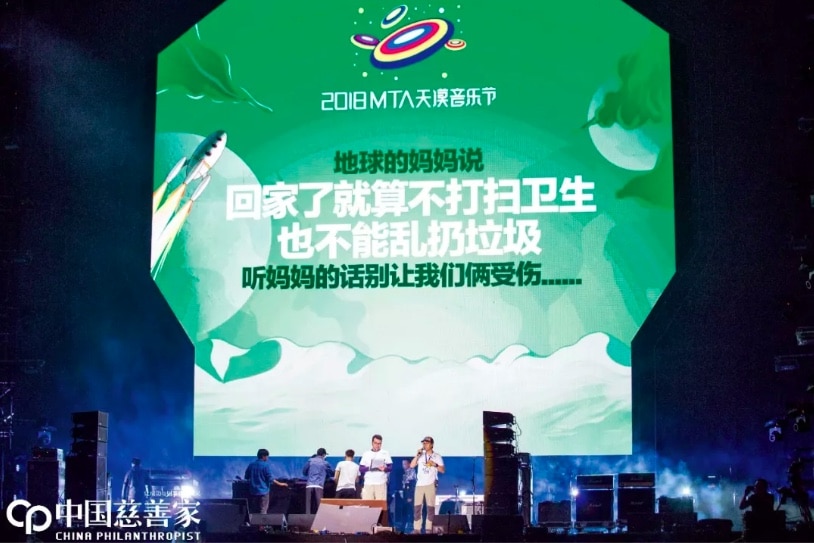 Kanta Hani is the founder of a Japanese non-profit, iPledge. This organisation has been working in environmental protection for more than twenty years, helping many music and culture festivals and other large events to research, organise and implement eco-friendly practices, and previously making the Fuji Music Festival the “cleanest music festival in the world”. Hao Xiao is the leader of the Zero Waste project within the well-known Chinese organization Friends of Nature. He has previously helped organise cultural festivals, conferences and marathons – more than twenty large public events with zero waste initiatives in China.

The 2018 MTA festival is China’s first large-scale, international festival to implement a zero waste initiative. “We want to reduce waste through waste division,” Hao Xiao told the crowd. “Everybody can see the eco-volunteers wearing white t-shirts, we hope that you will take your waste to one of the seven recycling stops where our volunteers will help you divide your waste, but they are not cleaners! Everybody must be responsible for their own waste and we hope that, together, we can face the challenge.” 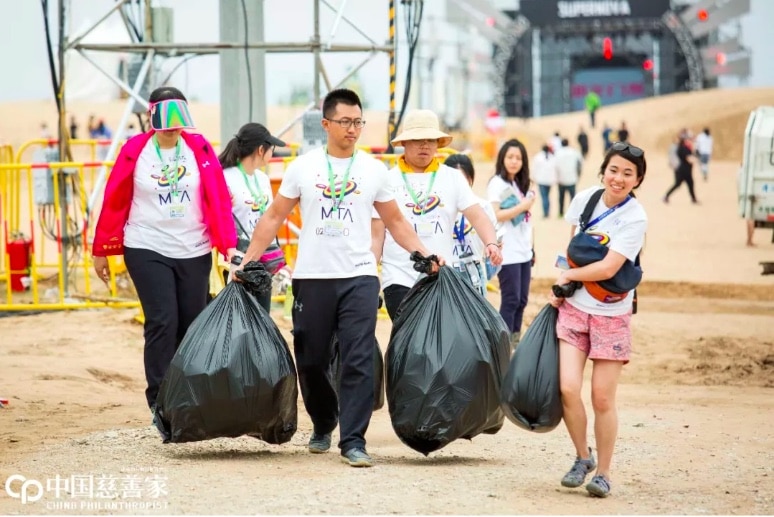 It’s not easy to achieve zero waste at large public events like this. Most music festivals in China leave waste scattered all over the venue, often equating to more than ten tonnes, leaving many organisers with a big headache. In other countries it is no different. By comparison, the level of cleanliness achieved by Japan’s Fuji Festival is truly amazing.

Every July 100,000 people go to the Fuji Music Festival, and the public’s reaction to its cleanliness is always one of shock. After the last performance, at midnight, the audience takes waste bags, fills them up and queues at waste stations until 2 in the morning to split the waste into six types. As an eco-volunteer at the Fuji music festival last year, Hao Xiao says he realized that from the environmental perspective there are two types of music festivals, the Fuji music festival and all the others. This inspired him to cooperate with iPledge to start China’s “cleanest music festival”.

“Zero waste is hard to achieve in China, but we can see the hard work of the attendees and volunteers has paid off, and the venue is much cleaner”, Hao Xiao says about this year’s festival. With volunteers from both Japan and China, seven waste division stops were set up, and after considering the Chinese situation the waste was split into six types: food waste, plastic bottles, metal cans, glass bottles, dangerous waste and others. After three days of the festival 1.3 tonnes of waste was collected, 53% of which was recyclable. 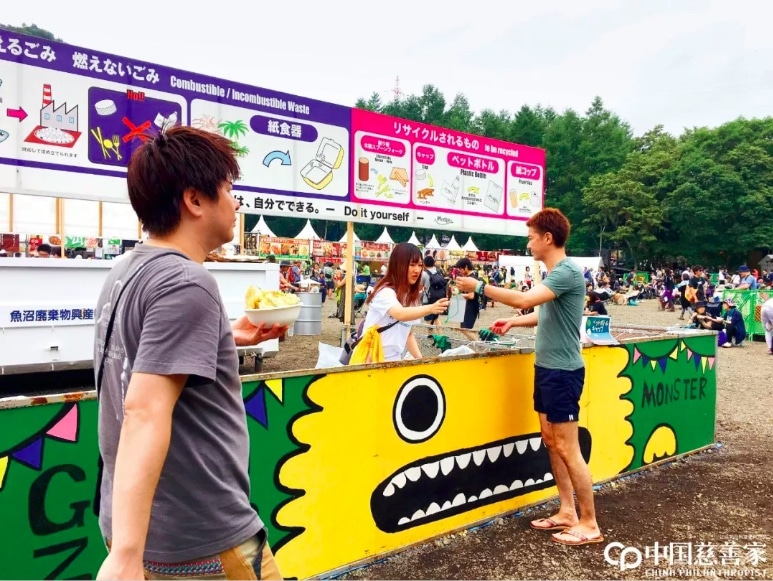 It is not enough for just volunteers to be behind the zero waste effort, the participants have to support it too. Before the event, the organisers sent messages through WeChat reminding attendees to be eco-conscious and informing them that plastic water bottles and disposable cups would not be provided throughout the event to reduce waste. Signs were posted at all the entry and exit points of the venue, instructing attendees how to recycle their waste.

As with any initiative there were some issues, such as littering around the waste stations and attendees not being used to dividing their waste, as waste division is still a fairly new concept in China. According to Kanta Hani’s experience it will take another 3-5 years for MTA to achieve zero waste, but Hao Xiao was impressed by the level of cooperation from the festival participants. 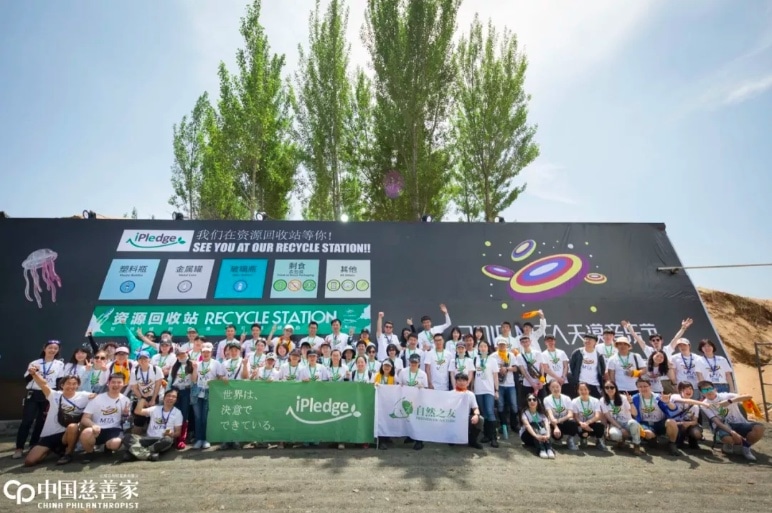 According to Hao Xiao, not only did the MTA do a good job with waste collection, but it even surpassed the Fuji music festival in some other aspects.

Zero waste is based on the internationally known 3R principle: Reduce, Reuse, Recycle. In Japan food waste and non-recyclable waste is incinerated, but in this aspect China is doing better, as food waste is often used as compost. Hao Xiao adds that after the Fuji festival many attendees leave behind clothes, shoes, bags, tents, and pretty much anything else that can be left behind. He believes that the organisation of goods and waste prior to the event and the clean-up post-event are not done well.

Hao Xiao doesn’t support the concept of a post-event clean-up. If waste collection is done well during the event, then there should be little waste at the end of the event that can be collected and reused. He believes that this year the MTA put in place the necessary structures to achieve zero waste, and it will improve on this in the years to come.

After the experience of the MTA festival, Friends of Nature has its eyes set on the 2020 Beijing Winter Olympics, which will be held not far from the location of the MTA, as it’s next zero-waste project.