CDB holds workshop on the Overseas NGO Law in Beijing

Since the Overseas NGO Management Law came into effect at the beginning of this year, more and more overseas NGOs have successfully registered. The primary concern has now become how to better conduct activities in China under the new legal framework.

In order to respond to this need, China Development Brief held a workshop on the operations of overseas NGOs in China on December 1st in Beijing, where representatives of overseas NGOs from different countries and regions shared their strategies and experiences. Out of the overseas NGOs that took part, 19 have registered their offices in China. In total, the event had over 60 participants. 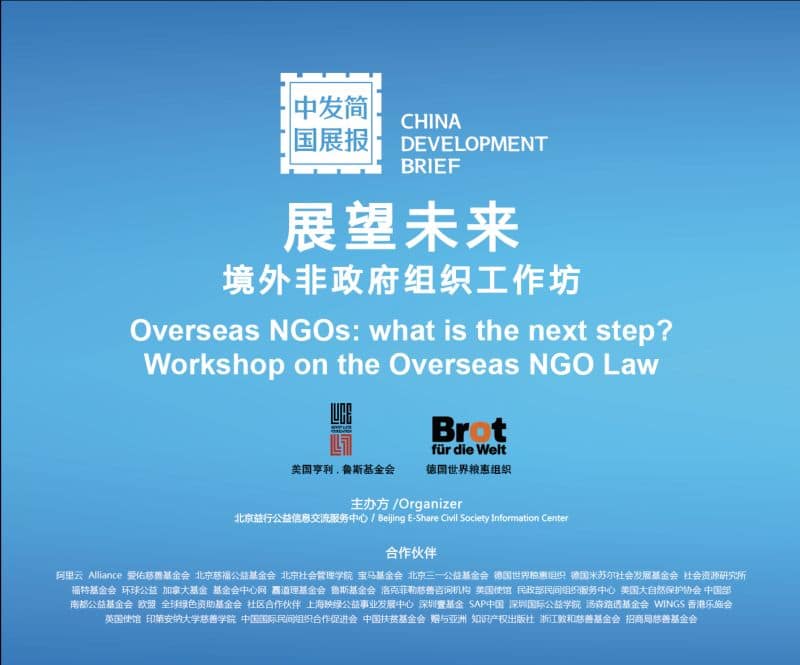 The panelists and participants generally agreed on the importance of finding a professional supervisory unit (PSU). Both Haider Yaqub, the chief delegate of Plan International China, and Liao Hongtao, the director of the China program in Oxfam Hong Kong, emphasized the necessity of maintaining a long-term cooperation with a PSU.

During the panel discussion Michael Hermann, the China representative of Humana People to People (HPP) who has worked in China for 12 years, introduced his experience of mobilizing millions in social resources from international institutions, embassies, multinational companies and foreign and national foundations for public welfare projects implemented by local partners. He pointed out that the Overseas NGO Law provides a macroscopic concept, and there is a need for the Ministry of Public Security to apply detailed measures when it comes to its practical implementation. During the past year, HPP has successfully registered two representative offices and its operations and programs are running quite smoothly.

Chen Taiyong, the executive director of the Sichuan Haihui Poverty Alleviation Service Center, who is also in charge of the programs of Heifer International in China, shared his organization’s experience of localizing in China. 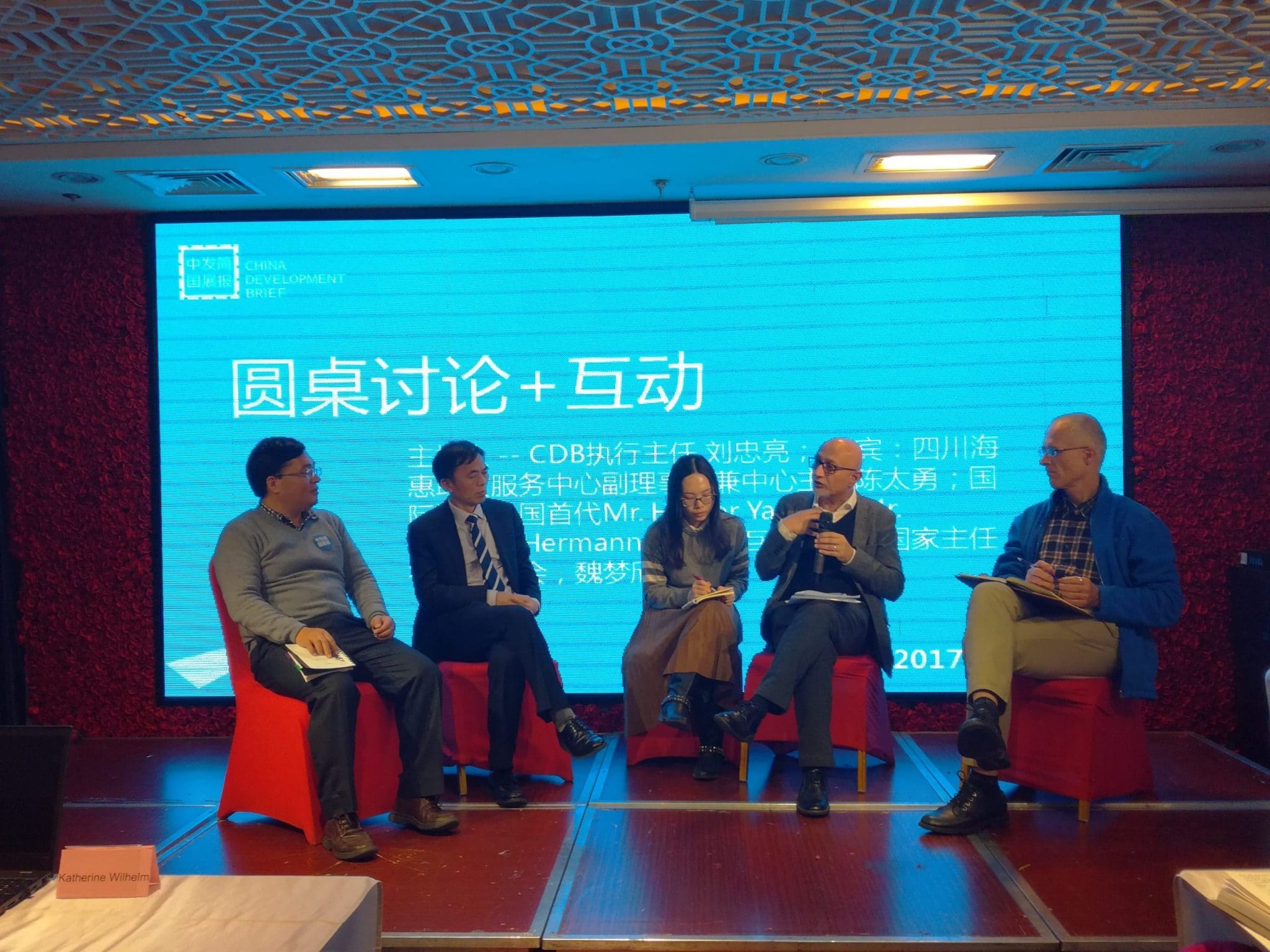 On the operational level, Meng Lan, the CFO of the American Chamber of Commerce in China, shared her knowledge on the practices of international organizations from a financial perspective. She believed that financial management plays an important role in enhancing the credibility and competitiveness of an overseas NGO. The director of human resources of the Kerry Group Kuok Foundation Beijing Office, Liu Ziping, stressed the significance of compliance management in the development of their foundation. As one of the first overseas NGOs registered under the Beijing PSB, the Kerry Group Kuok Foundation established a special department to work on compliance auditing and other related issues. Later Liu also answered questions regarding the difficulties in recruiting staff, saying that managing staff in accordance with laws does not contradict human-based management. 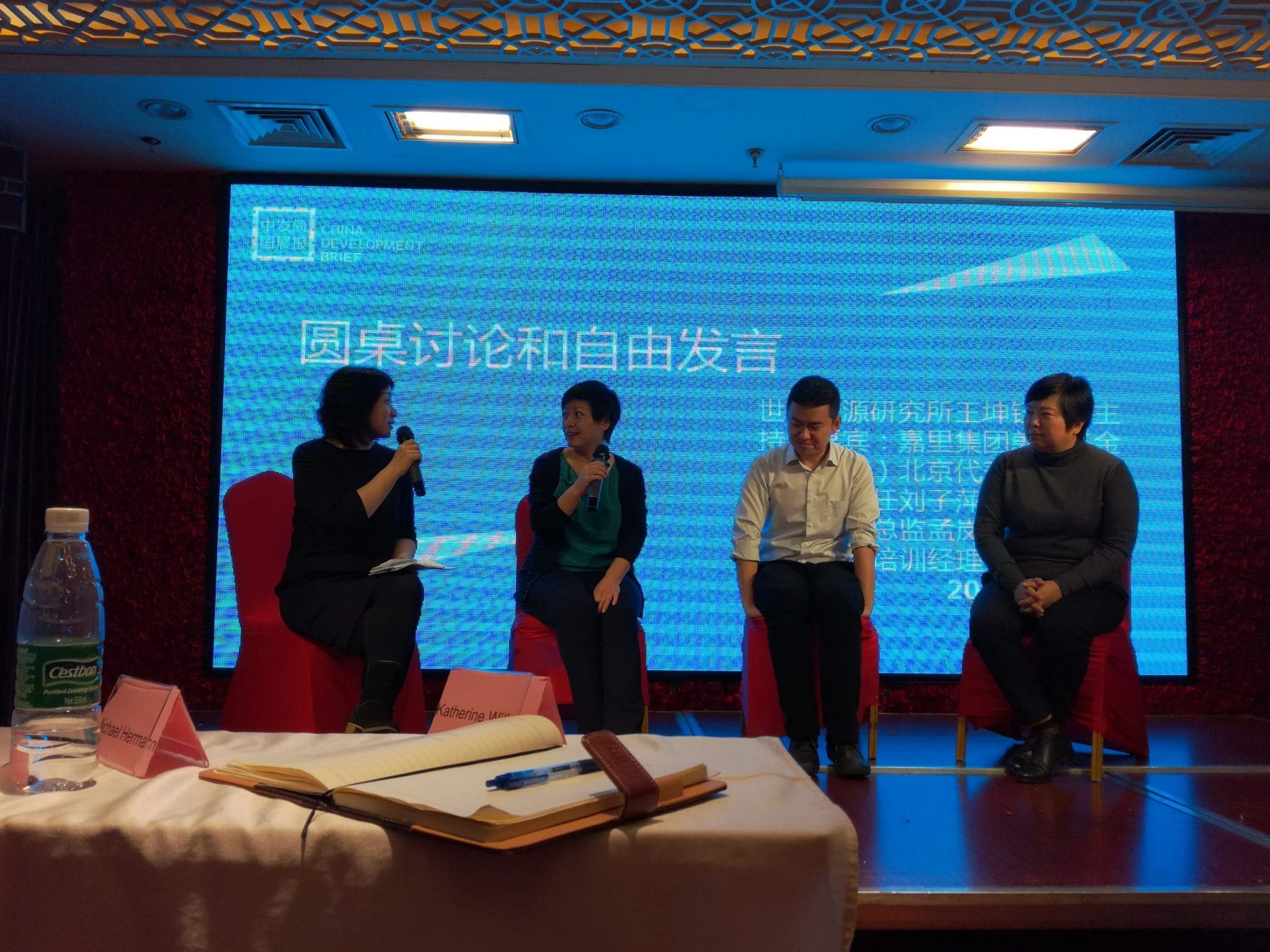 Other delegates from different overseas NGOs actively took part in the workshop as well. At the end some claimed that the workshop had helped them understand the Overseas NGO Law better, and expressed their willingness to join in this type of activity again.

Many overseas NGOs were initially worried and confused about the new law, as CDB Board Chair, Ray Zhang, mentioned in his warm-up speech. However, as more overseas NGOs successfully register and carry out activities, they have realized that the law does not only set restrictions but also helps facilitate their operations.

Peter Liu, CDB’s executive director, gave a talk at the end of the workshop summarising the event. He maintained that as a platform for NGOs, CDB will be holding more workshops that bring overseas NGOs into contact to discuss issues relevant to them and share experiences in the future.