The Asian Venture Philanthropy Network (AVPN) held its annual conference in Singapore on June 25-28. AVPN is a network of funders based in Singapore whose goal is to build up a vibrant social investment community across Asia. It describes itself as a “leading ecosystem builder that is increasing the flow of capital into the social sector and ensuring that resources are most effectively deployed”. CDB was lucky enough to be able to attend the conference as a media partner, at AVPN’s invitation.

AVPN’s annual conference has been held every year since 2013, and has now reached its seventh edition. It is considered to be the largest social investment conference in the Asia-Pacific region. This year’s event, with the theme of “breaking boundaries”, brought together 291 speakers and 1,212 delegates from 43 countries. The conference’s goal was to ensure that social investors are better equipped to deploy resources more effectively across critical, high-impact areas. 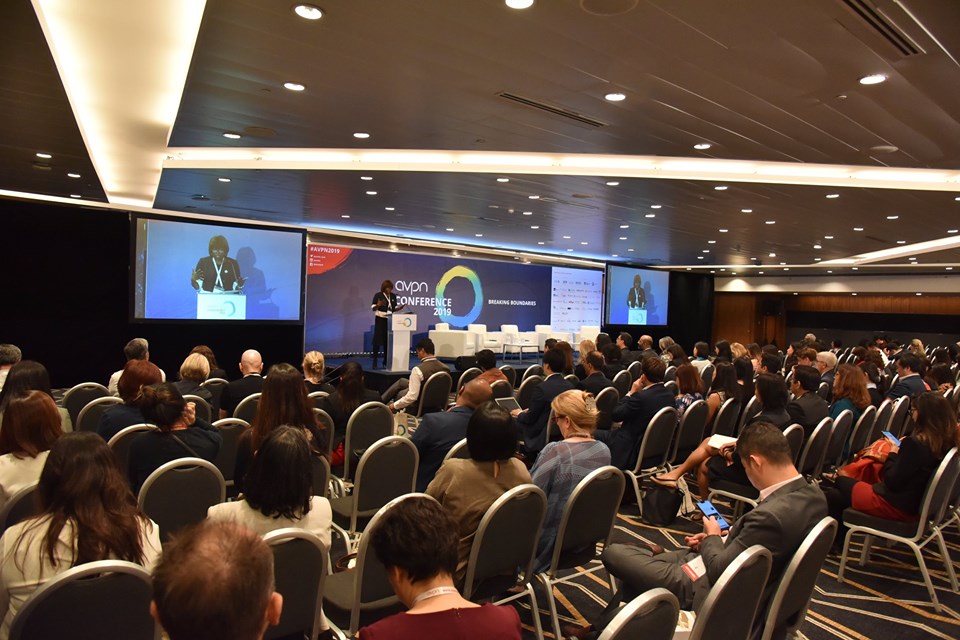 An image from the conference’s opening session

The rich assortment of speakers included big names such as Dr. Amy Khor, Singapore’s Senior Minister of State for the Environment and Water Resources, American philanthropist Eileen Rockefeller Growald, the MacArthur Foundation’s managing director Cecilia Conrad, and Hong Kong philanthropist James Chen, who has spent years working to help people affected by poor vision in the developing world. There were also numerous speakers from Mainland China, including names such as Angela Bai from the China Alliance of Social Value Investment (CASVI), Cathy Sheng from the China Social Enterprise and Investment Forum (CSEIF), Ding Li from Non-Profit Incubator, Qing Gu from the Ford Foundation’s China office, Zhai Yan from the Beijing Pro-Bono Foundation and Yanni Peng from the Narada Foundation, to mention but a few. In total the event attracted a crowd of over 100 delegates from Mainland China, representing foundations, NGOs and enterprises eager to learn more about impactful investment.

The conference included many sessions dedicated to the issues which social investors can attempt to address, including climate change, nutrition, education and women’s empowerment. Climate change received a particularly large share of the attention, as befits one of the most pressing issues of our time. The UN’s Sustainable Development Goals were also at the top of the agenda.

Impact and social investing is a burgeoning sector in Asia, as the diverse and high-level set of attendees made clear. However there is still much space for it to expand. As an example, a report by the GIobal Impact Investing Network found that between 2007 and 2017 the total amount of impact investment deployed by private investors in the South-East Asian region was 904 million USD through 225 direct deals, while at the same development finance institutions time deployed 11.3 billion USD, or about 12 times as much.

In China there is increased interest in the concept and CSR programs are growing, but impact investment as such remains limited for the time being. In recent years there have been encouraging cases of supportive policy measures adopted at the local level, such as the “Futian District Opinions on Creating a Centre for Social and Impactful Investment” (福田区关于打造社会影响力投资高地的若干意见), adopted by Shenzhen’s central business district of Futian in December 2017. 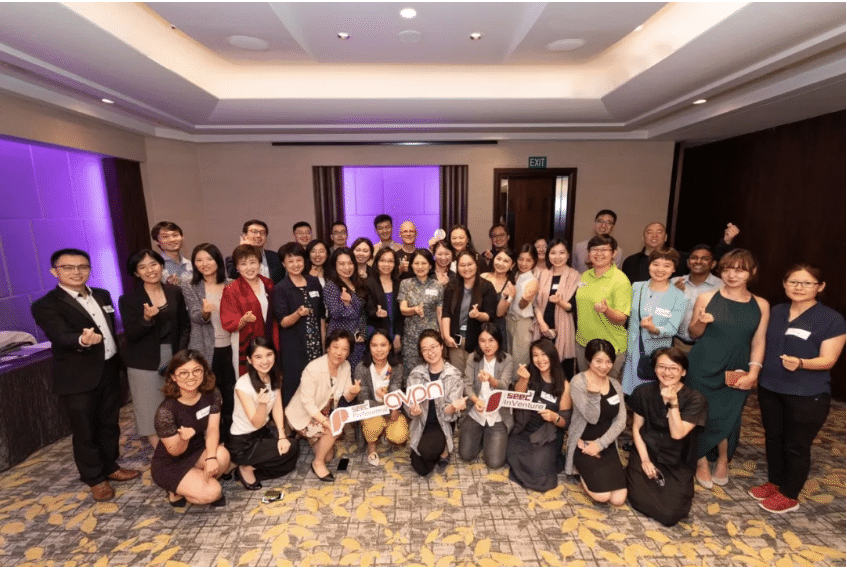 A group photo of the Chinese participants at the AVPN conference