New Sunshine Charity Foundation (NSCF) is a charitable organization focused on healthcare assistance. In the past 20 years, NSCF established the first bone marrow donor registry that operated by patient groups in China, and became the first grass-root NGO in China that supports medical research. In addition, NSCF has been operating the largest Ward School program in the world. At present, NSCF is one of the largest non-profit organizations that focused on hematological disorders and tumors in China. In December 2020, NSCF was rated the highest grade 5A in the Social Organization Credit Assessment in China.
NSCF was officially registered with Beijing Municipal Civil Affairs Bureau in April 2009. The predecessors of the foundation are Sunshine Bone Marrow Registry and Peking University Sunshine Volunteers Association, which were founded in 2002 by Mr. Zhengchen Liu, a Peking University student, in order to help other patients after suffering from leukemia. In 2013, New Sunshine Charity Foundation changed from a non-public foundation to a public charity.
Milestones in the Development of New Sunshine Charity Foundation

In December 2001, a graduate student at Peking University's Guanghua School of Management named Zhengchen Liu was diagnosed with leukemia. In order to help both himself and other patients, he launched the first grass-root bone marrow donor program in China with the support of his family and friends.
2002
In June 2002, Peking University Sunshine Volunteers Association was founded. 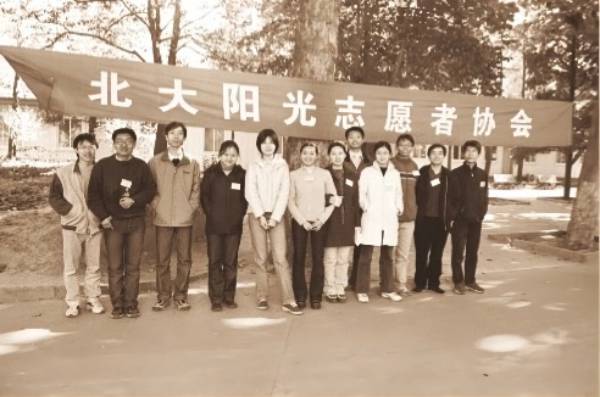 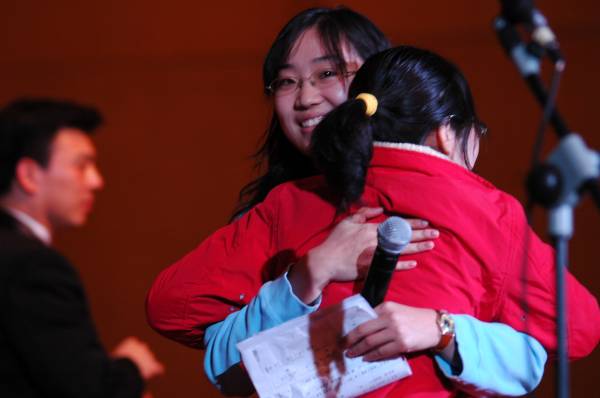 The recipient's first meeting with her donor
2009
In April 2009, New Sunshine Charity Foundation (NSCF) was officially registered with the Beijing Municipal Civil Affairs Bureau.
2012
In December 2012, NSCF was rated the highest grade 5A in the Social Organization Credit Assessment in China.
2013
In September 2013, NSCF became one of the first foundations in China that were approved to change the status from “non-public” to “public”. 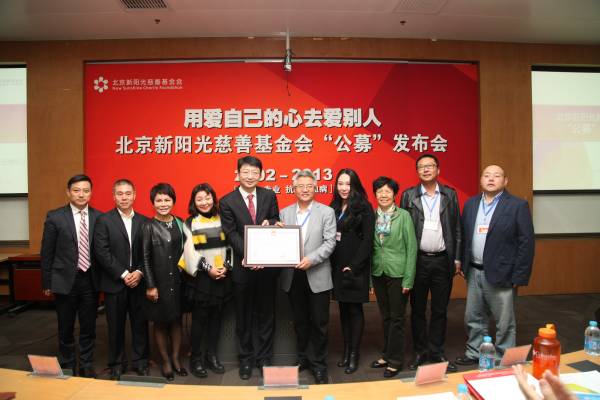 NSCF announced the foundation status has changed to "public"
2014
In July 2014, NSCF launched “Bamboo Forest” Plan to provide comprehensive support for other NGOs related to the control and prevention of blood diseases and tumors.
2017
In December 2017, “Comprehensive Children Cancer Control” Program was launched in Heyuan, Guangdong.

The launching ceremony of “Comprehensive Children Cancer Control” Program in Guangdong
2018
In May 2018, NSCF signed a cooperative agreement with World Health Organization (WHO) regarding global comprehensive cancer control initiative. 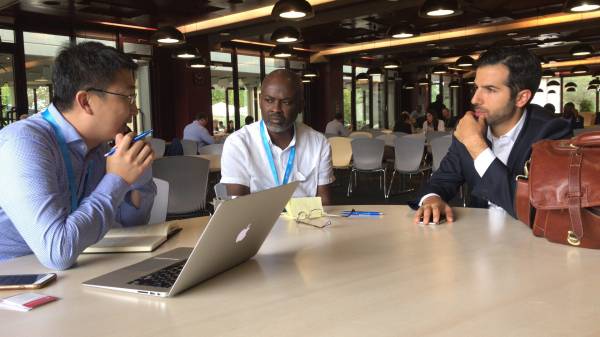 The NSCF Secretary-General Zhengchen Liu was conversing with WHO officials
2019
In February 2019, “Comprehensive Children Cancer Control” Program was launched in Xining, Qinghai.

The launching ceremony of “Comprehensive Children Cancer Control” Program in Qinghai
2020
In 2020, NSCF was rated the highest grade 5A again in the Social Organization Credit Assessment in China. 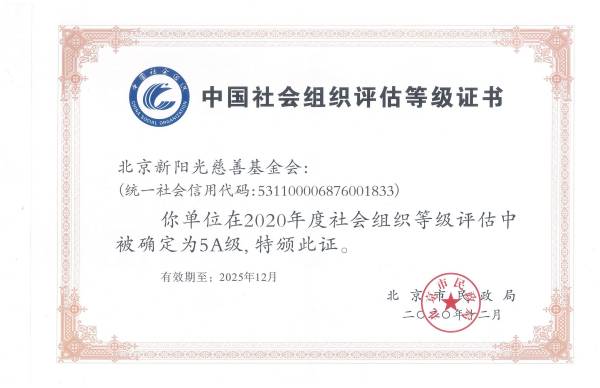 NSCF was rated a 5A foundation by Beijing Municipal Civil Affairs Bureau
2021
In September 2021, NSCF was awarded the Charity Prize by the Capital Philanthropy Federation. By the end of the year, NSCF has been rated a full mark of 100 points and A+ level for 10 consecutive years in the China Foundation Transparency Index (FTI) Assessment by China Foundation Center. 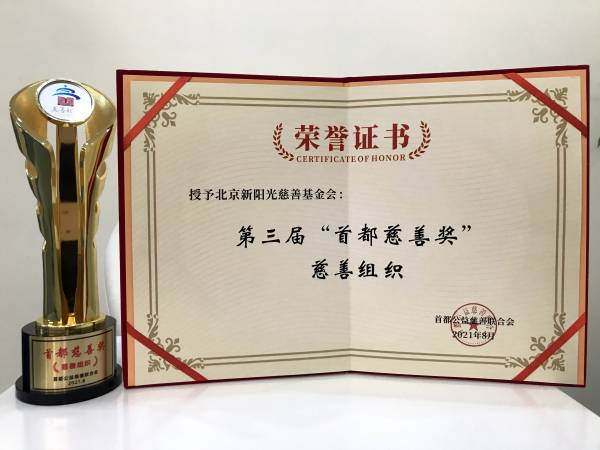 The form on the left is to update the NGO you are currently viewing. To suggest an NGO for inclusion in our directory, please click below: